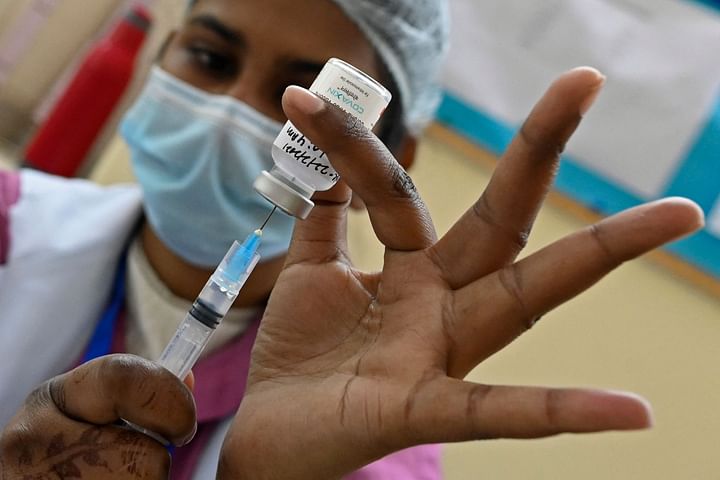 In India, there have been allegations of fraud in the vaccine ‘record’ after questions were raised about Kovid’s infection and the death toll. Once again, the BJP, the ruling party at the center, has been accused. Vaccines were stockpiled in several BJP-ruled states to brighten the image of the allegations, the party and the Prime Minister. As a result, about 9 million people over the age of 18 are vaccinated free of charge on the first day. But the next day, the number of vaccines dropped to more than 4 million!

BJP leaders praised Prime Minister Narendra Modi for setting this ‘record’ in immunization. But after the allegation of ‘fraud’ was raised, they remained silent. There is no explanation at the government level either.

Anticipating pressure from the opposition and the negative attitude of the Supreme Court, the central government took the responsibility of vaccinating 75 per cent of the 18-year-olds across the country. The Prime Minister himself announced that decision in his address to the nation. The mass immunization program started from June 21. According to the Ministry of Health, 6 lakh people across the country have been vaccinated on the first day. According to the Co-Win app, the number is again 9 million. The Prime Minister also congratulated everyone for this unexpected achievement. BJP leaders started tweeting in praise of his leadership. Union Health Minister Harsh Vardhan said on Tuesday that India had set a world record by vaccinating so many people in one day. Although the international ‘Nature’ magazine reported on June 9, China has vaccinated 20 million people daily for more than a week.
But the next day, June 22, only 54 lakh 24 thousand people were vaccinated across the country! The search for the mystery behind the ‘record’ began after this fall in numbers. It can be seen that many BJP-ruled states have been stockpiling vaccines for a few days to set a record on June 21. Deliberately vaccinating fewer people. According to the Ministry of Health, 6 out of 10 states are BJP-ruled. It can be seen that the amount of daily vaccination in the country from 18 to 20 June is less than 4 million. But on June 21 it doubled!

Opponents of this mentality of setting ‘records’ for political applause. Sneering at the government, Congress leader P Chidambaram said, “Stocks on Sunday, vaccines on Monday, digging again on Tuesday. This is the secret behind setting a world record for vaccination in one day.