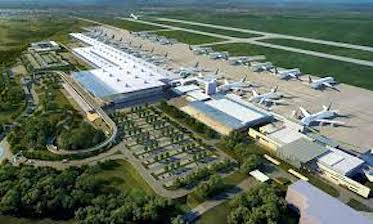 All domestic and international flights which were bound to land at Ethiopia’s main airport have been diverted to land elsewhere.

Speaking to The EastAfrican, an Ethiopian Airlines official said that all flights headed to Addis Ababa have since Sunday been diverted to nearby airports.

“This due to a bad weather at Bole International Airport and the surrounding area,” the source, who did not want to be named since they are not authorised to speak to the media, said.

The official said flights to Addis Ababa are now landing at alternative airports, such as in neighbouring Djibouti, to ensure safety of passengers.

Passengers will be flown back to Ethiopia once the weather improves, the official said.

Ethiopian Airlines is expected to provide up-to-date information on the state of affected flights.
“The rumours circulating on social media that Bole Airport has been shut down are false,” the source said, adding there was nothing suspicious going on at the facility as alleged in some reports.

Although Ethiopian Airlines has cited bad weather for the diversion of international flights, on Monday, several planes could be seen flying over Addis Ababa toward Bole Airport for landing.

Will the Somalia ‘Selection’ Process Usher a New Dawn for Kenya, Somaliland Relations?