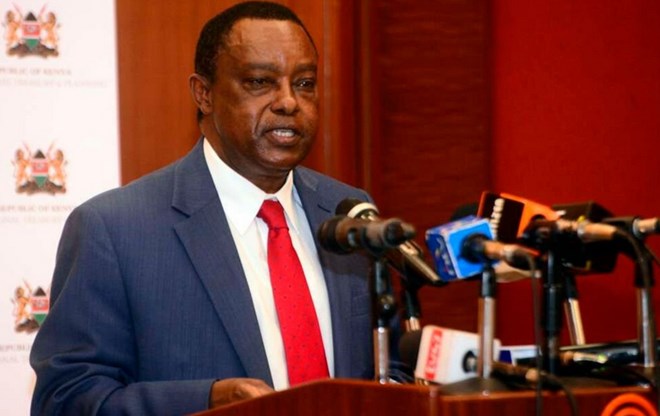 The European Union (EU) and its partners cut by half the budget for troops fighting Al-Shabaab militia in Somalia after a secret partial withdrawal of Kenyan soldiers.

Treasury told Parliament Monday that Kenya received Sh4.5 billion from African Union Mission in Somalia (Amisom) in the 12-month period to June 2019 against a target of Sh8.5 billion.

The cut was linked to partial withdrawal of Kenyan troops who were deployed to Somalia in 2007 to defend the internationally-backed government against attacks the Shabaab.

Parliament has been probing why Kenya received less money for its troops in Somalia compared to the budget.

“The amount was received was based on the number of actual troops deployed in Somalia. By July, 2018, the number of troops was subsequently reduced,” Julius Muia, the Treasury principal secretary (PS) said without disclosing the actual figures.

The 28-nation EU, the largest contributor of funds to the Amisom through the African Peace Facility, has been supporting the AU mission’s programmes and activities.

The EU funds cater for allowances for the Amisom troops and police, international and local civilian staff salaries, operational costs of their offices, among others.

The United Nations Support Office in Somalia (UNSOS), on the other hand, provides logistical field support to the Amisom troops and Somali National Security Forces during joint operations.

The soldiers receive the funds through the government.

The African Union has been keen on all the troops withdrawing by December 2020, but Kenya wants a delayed exit.

Al Shabaab conducts frequent assaults in Kenya, mostly in the region bordering Somalia, to put pressure on the Kenyan government to withdraw its peacekeeping troops from Somalia.

Dr Muia, accompanied by the Defense PS Ibrahim Mohamed, told the Public Accounts Committee (PAC) that reimbursements to Kenya are based on deployment.