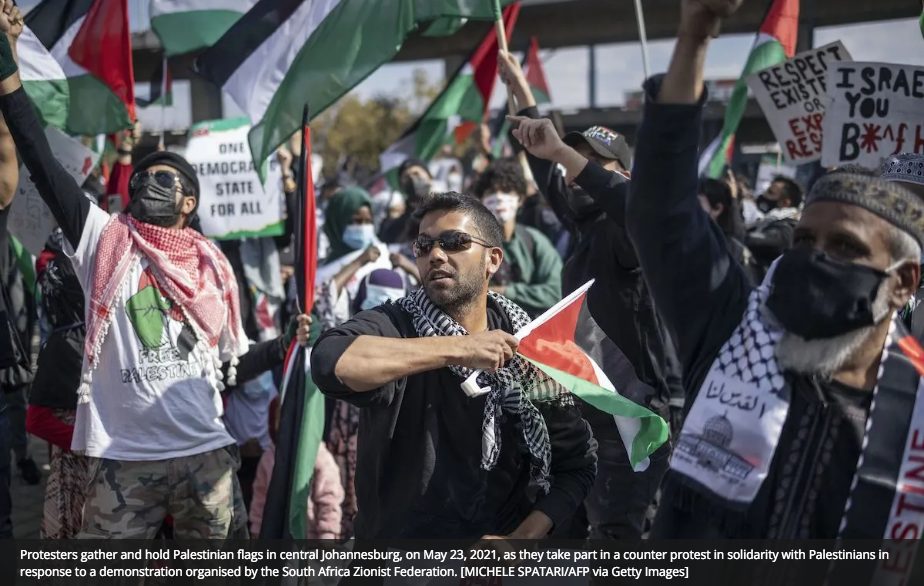 The plans to sneak Israel quietly into the African Union as an observer state appear to have backfired spectacularly. Israeli celebrations may be premature as Algeria, one of Palestine’s strongest supporters in Africa, garners support to oppose the colonial state’s affiliation.

News began to emerge last week that Israel had obtained observer status at the AU following two decades of quiet diplomacy. It had such status at the Organisation of African Unity but when the organisation was disbanded in 2002 and replaced by the AU, Israel was kept out of the new representative body because of its brutal military occupation of Palestine.

While there was little fanfare outside Israel about its new status at the AU, the Israeli foreign ministry was jubilant. It was, said the ministry, a sign that the AU and Tel Aviv have forged strong links and cooperation, especially with regard to the spread of Covid-19 as well as “extremist terrorism” on the African continent.

However, a string of African countries want to remind AU leaders that little has changed, and Israel still occupies Palestinian land. They have pointed out that the AU leadership made the decision about the Zionist state without consulting members.

READ: The African Union is self-destructing by letting Israel have observer status

Aleli Admasu, Israel’s Ambassador to Ethiopia, Burundi and Chad, presented his credentials as an observer to the AU last week. According to the London-based online newspaper Rai Al-Youm, though, Algeria has officially launched a campaign against Israel’s membership. At the time of writing, it has the backing of South Africa, Tunisia, Eritrea, Senegal, Tanzania, Niger, Comoros, Gabon, Nigeria, Zimbabwe, Liberia, Mali and Seychelles. A statement from the Ministry of International Affairs and Cooperation in Gaborone yesterday added Botswana to that list. The ministry drew attention to the fact that “the continued occupation of Palestine by the State of Israel goes against the letter and spirit of the Constitutive Act of the African Union, as well as its obligation to respect and implement the respective Resolutions of the United Nations.”

According to Algerian Foreign Minister Ramtane Lamamra, the AU’s move could undermine the stability of his country. He has put the issue of Israel’s AU observer status at the top of the agenda for his forthcoming trips to Tunisia, Ethiopia, Sudan and Egypt.

The South African government took time out from its own domestic troubles to say that it is “appalled” by the AU Commission’s decision to grant Israel observer status in the bloc. A statement from Pretoria described the move as “unjust and unwarranted”, taken “unilaterally without consultation” with AU members. “In a year in which the oppressed people of Palestine were hounded by destructive bombardments and continued illegal settlements of the land,” it insisted, this is “particularly shocking.”

South Africa established formal diplomatic relations with Palestine in 1995, a year after the end of apartheid. It downgraded its embassy in Tel Aviv to a liaison office in 2019.

Much to Israel’s annoyance, Palestine already has observer status at the AU. Pro-Palestine rhetoric often features in statements delivered at AU summits.

Ismail Haniyeh, the newly re-elected leader of Hamas, which controls the Gaza Strip, has already condemned the AU decision. The move, he said, contradicts the values and principles upon which the bloc is founded. In a letter addressed to Moussa Faki Mahamat, chairman of the AU Commission, Haniyeh decried this “severe blow to the Palestinian nation and their legitimate national rights as they struggle to get rid of the occupying Israeli regime.”

Tension between Israel and Hamas erupted in May, leading to yet another devastating Israeli bombardment of Gaza from land, sea and air over eleven days. The Israeli offensive killed at least 260 Palestinians, including 66 children.

Mahamat has already forgotten his strong condemnation of Israel’s bombing of Gaza, as well as the violent attacks in Al-Aqsa Mosque against Palestinian worshippers during the holy month of Ramadan, which wounded around 300 worshippers. He clearly wasn’t thinking of the colonial-occupation state’s victims as he posed for photographs after receiving the Israeli ambassador’s credentials.

So let me jog Mahamat’s memory and remind the former Prime Minister of Chad of the words of the legendary South African leader Nelson Mandela in 1997. Mandela was committed to ending apartheid and establishing majority rule and rights for all in his own country and other African states. In doing so, however, he did not forget the people who had backed the anti-apartheid movement despite themselves being oppressed, abused and brutalised by what has recently been condemned as a racist, apartheid regime.

“We know too well that our freedom is incomplete without the freedom of the Palestinians,” he said in a 1997 speech on the International Day of Solidarity with the Palestinian people. He would never have countenanced the AU’s betrayal of the Palestinians. Moreover, as the people of Africa continue to suffer the effects of occupation and colonialism, they too are being betrayed by the African Union’s decision to grant Israel observer status in the bloc. Mandela must be turning in his grave.