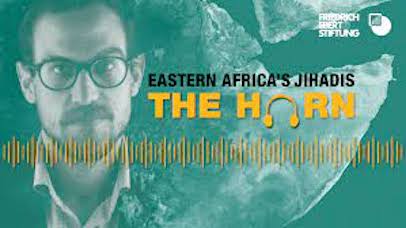 JihafismIn this second episode of The Horn’s mini-series exploring jihadism along the Swahili coast, Alan Boswell talks to regional expert Samira Gaid about the evolution of Al-Shabaab and how Somalia can use external stabilisation support more effectively.

Somalia’s Al-Shabaab insurgency was born of a strong nationalistic reaction to the Ethiopian invasion in 2006. Over the years since, the group has treaded a thin line between galvanising local support and tapping into the rhetoric of global jihadism, including through allegiance to al-Qaeda – a strategy that has seen it grow in prominence amid a governance vacuum.

In this second instalment of a mini-series on jihadism across Eastern Africa, Alan Boswell is joined by regional expert and former government adviser Samira Gaid for an in-depth look at Al-Shabaab’s origins and rise. Samira describes how the militants have embedded themselves in the dynamics of Somali politics – particularly through the clan system – to extend their reach across the country. She also explains why military efforts by Somalia and its international partners have failed to stem the insurgency, discusses whether political elites – embroiled in an electoral crisis – have the will to open a dialogue, and assesses how waning external support for stabilising Somalia could affect progress toward an eventual settlement to the conflict.

LISTEN to the Program here at the Crisis Group PAGE