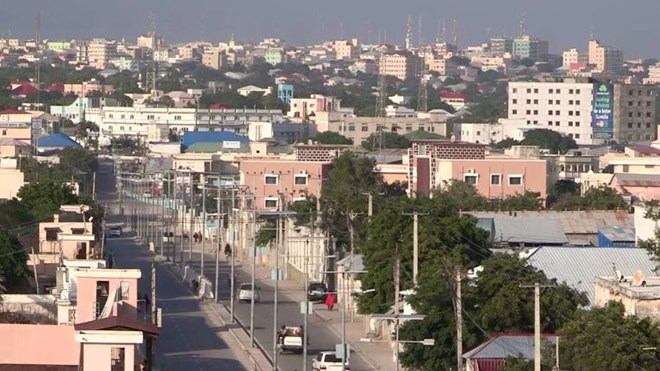 At least two people were killed and five others wounded Thursday after a suicide bomber detonated a device inside a cafe in Somalia’s capital Mogadishu, police and witnesses said.

The suicide bomber targeted a tea shop near a crowded junction in northern Mogadishu which was reportedly frequented by members of the Somali security forces as well as civilians.

The early-evening attack, which sent debris flying outside, killed two members of the security forces and injured five people, said Mohamed Ali, a traffic policeman who was at the scene.

“Pieces of metal and destroyed plastic seats were strewn around the whole area”, said Abdukadir Sagaalle, an eyewitness.

There was no immediate claim of responsibility for the attack.

The Al-Qaeda-linked group Al-Shabaab, which is fighting to overthrow Somalia’s internationally-backed government, regularly attacks government and civilian targets in Mogadishu.

Last month, the extremists claimed responsibility for a suicide bombing on a crowded tea shop in Mogadishu that killed at least 10 people and wounded dozens.

The group controlled Somalia’s capital until 2011 when it was pushed out by African Union troops, but still holds territory in the countryside.