Female teacher trainees at Barwaaqo university that has been targeted by slanderers recently vowed that they will open a file suit of their own in the courts to pursue justice and bring defamers to account for what they called an attack against their faith, intelligence and humanity.

“As Muslim adults, as intelligent, mature teacher-trainees in their home country at a university of their choice, that somebody insults our whole upbringing and accuses us of being subjects of conversion to another faith is mind-boggling, an unacceptable affront to everything that we stand for,” one of the students said.

Answering why the university is situated outside the city and why it was an all-female institution – the first of its kind in Somaliland, the young teacher-trainee in her twenties said:

“The location is determined by where one finds a suitable tract of land for the purposes intended. We are all female because we have chosen the teaching profession as primary school teachers. That is where the need is most acutely felt. Children in their earliest formative years need teachers who can be an extension of the mothers they left at home. Female teachers understand the needs of children more than their male counterparts. Besides, there are far fewer female teachers in the Somaliland education system than males”.

“We don’t see how anyone can profess concern for us when there is absolutely nothing to be concerned about. We believe that the issue is more serious than stated and that detractors are after Somaliland as a whole. The intense defamation focused on us on social media indicates that there is something more sinister at work targeting the whole nation and its development aspirations,” the student, speaking for the rest, said.

Barwaqo University alumna speak by defending their university & teachers & JSL Gov and their birth religion and they feel incomprehensive that someone will attack their happiest day: Graduation Day! pic.twitter.com/X43H6eXG5d

“It is disgraceful that someone in Somaliland accuses of our kids of being game for faith conversion when young female immigrants of the same age, without the benefit of a perfect mastery of foreign languages, are keeping their faith in foreign host countries and teaching others how to keep their self-respect and faith in the midst of other cultures,” one of the parents said.

The parent stated that he was surprised that none of the politicians or social media commenters bothered to step out to the university and discover the truth.

“Joy is not the only teacher or employee at the university. Singling her out and accusing her of what she is not is so unfair, so un-Islamic,” he said

The parents present at the joint press conference the students held with the parents vowed that they will pursue their case in the courts and would not rest until detractors produce evidence that their allegations held substance.

I agree with Axmed Cadarre: Somali Women are the forefront of Islam, only a weak mind will attack them if they know how strong are Somali women pic.twitter.com/Zjt0vfazZG

Detractors, at the head of whom was one Abdimalek Oldon, started sustained allegations against the new university and its Nigerian President, Joy Ise, right after its first batch graduated last week which His Excellency the President, Musa Bihi Abdi, himself, graced.

Barwaaqo University Class of 2021 graduated today! These young women are the first to graduate from #Somaliland's first all-female residential university. They'll go on to educate, inspire and lead the next generation of Somali youth. We are so proud of all they've accomplished! pic.twitter.com/7Wa0SN3g58

They accused President Ise of teaching Christian teachings at the university, proselytizing students.

Tweets stating Joy Ise has once been a pastor in Nigeria were unearthed and used as ‘proof’ that, in fact, she was a missionary sent to Somaliland to convert students to her faith and not an employee vetted and hired for her professional abilities and knowhow as an educator.

“All staff at Abaarso Network are required to sign contracts and a code of conduct that forbids them from discussing their personal beliefs or religion. Failure to comply with this policy (resulted) in immediate expulsion,” a press release signed by the Abaarso Network Executive Director, Robert Kaufman, and Harry Lee, Senior Representative of the Network in Somaliland, stated.

The statement further clarified that Joy, in line with the Network’s recruitment policy to ‘search for the best educators in the world to build our schools and support local talent’, the Network hired Joy Ise, the President of Abaarso Network’s Barwaaqo University.

Joy, the statement said, was professionally a ‘superior educator who has taught students and managed teachers for 27 years’ and that there was no cause to suspect that she breached the contract she signed. 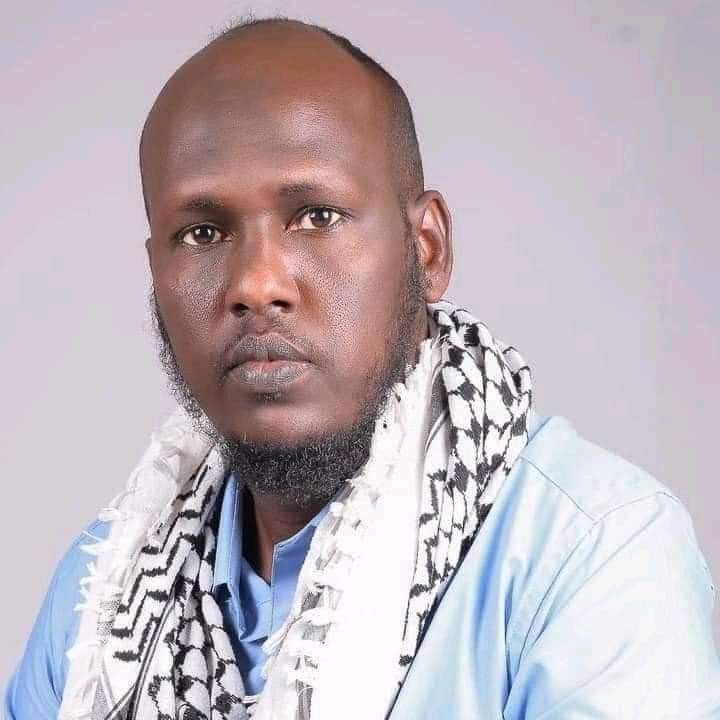 Abdimalek Musa Oldon – a one-time good Samaritan, one-time journalist, one-time political activist and a social media influencer, who has since been apprehended by the Somaliland police, started a focused attack on the all-female university run by the same foundation as Abaarso school – the Somaliland Abaarso Network.

On the opposite side of the spectrum, Somalilanders suspected that the campaign was fanned and kept alive by Somalians who were envious of the achievement of Abaarso schools graduates. Some of the more insidious commenters against the Barwaaqo university went to extreme lengths by donning the President in evangelical robes holding a cross.

Most of sane Somaliland could not be budged and they came out in force to defend the Abaarso and similar institutions.

Don't be a pawn in someone else's game. pic.twitter.com/BjoQNynTnp

The animosity this picture symbolizes testifies to how successful Somaliland is, how obsessed & envious its ired enemies are. Students who've graduated from slurred schools have been accepted by top, internationally-acclaimed Ivy League universities. #Talented Somalilanders! pic.twitter.com/4Dh2YnXF12

VSomalia,Alshabaab,Qatari intelligence & their agents here in Somaliland or in the diaspora are all https://t.co/3cYit9GwT9 has been a protracted campaign taking now a full swing.Objective to agitate public into choatic religious rebellion for extremists to take over Somaliland.

The toxic campaign by Salafists in Somaliland and conspiracy theory sowing division, certain to foment instability.

Targetting people for who they are, what they believe in and not judging the very positive contributions they are making to #Somaliland is unacceptable. Vilification & defamation aren't part of our Islamic teaching. Look at the 100s of 1000s living/learning in Christian countries https://t.co/VnLm2oQbCl

Girls’ school enrollment relatively increases in Somaliland, according to the ministry of education. It is important to double efforts and remove obstacles. Attempts to undermine these gains shall be not be accepted. 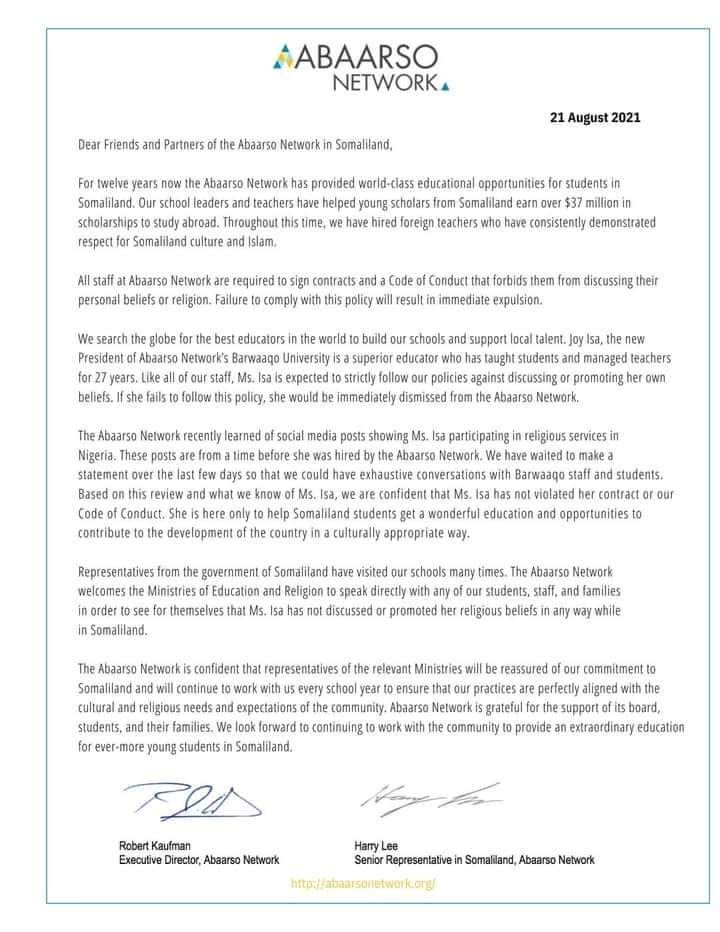