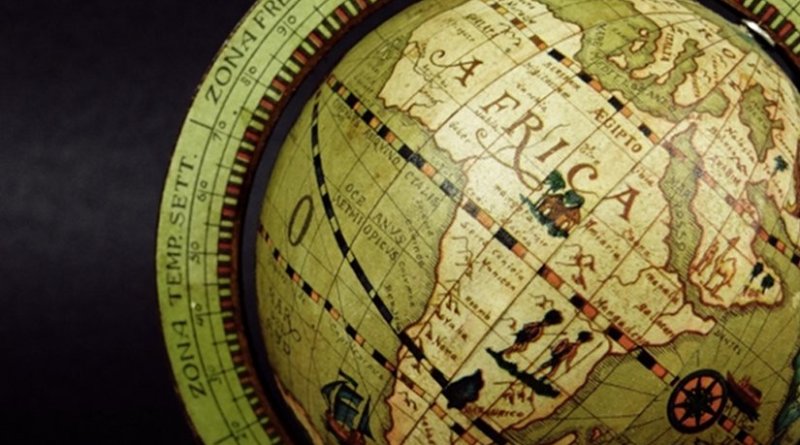 March 21,1990 marked the last colonial rule on the continent of Africa when South Africa formerly relinquished control over Namibia. After more than three decades of independence from western powers, Africa seems to remain entangled and in conditions worse than the days of colonialism due to incessant self-determination conflicts, which are fast becoming commonplace.

Out of the 54 African countries, at least 25 have had and still having active separatist conflict. The crises have led to the division and fragmentation of some nations, such as South Sudan from Sudan and Eritrea from Ethiopia. There are also many yet undivided countries but highly polarised along ethnic and religious lines with recurring agitations that have crippled their socio-economic progress.

Nigeria is one of the countries that has grappled with secession-related issues since its independence from Britain in 1960. This led to its deadliest civil war between the federal military government and the separatist Biafra Army led by Odumegwu Ojukwu. The war lasted from 1967 to 1970 and caused 500,000 to 2 million deaths.

Between 1961 to 1991, Eretria was at loggerheads with Ethiopia in a battle for an independent nation. Before finally gaining freedom in 1991, thousands of Eretria soldiers had to pay the ultimate price. Even after the breakaway, the two countries renewed their enmity, which heightened during the 1998-2000 border control war, leaving them with devastating effects.

In Cameroon, there has been no love lost between the French-speaking and English-speaking regions since the amalgamation in 1961. The distrust has led to the Anglophone region, also known as Ambazonia, calling for an independent nation. Cases like these abound across the continent and can be linked to its current economic and cultural retardation state.

In Ethiopia, there has been a power tussle between the Tigray region and the central government since September 2020, which has led to about 10,000 deaths and over 230 massacres. It has also resulted in the country’s worst famine in decades. While the root of the fight reeks more of a supremacy battle between a regional government and the central authority, it is beginning to tilt towards another separatist fight as more Tigrayans now favour an independent nation of their own following months of unrest.

Many political scientists have tried to analyse the underlying factors fuelling these recurring crises, and one of the major culprits is the forceful amalgamation by regions with different political and social ideologies by the colonial governments. Many of these mergers were not in the interest of the indigenous people who had no say in the unions. They can be viewed as a mere act of colonial convenience and for economic gain.

For instance,  the 1914 amalgamation of Nigeria is believed to have occurred because the British colonizers wanted a contiguous colonial territory extending from the arid Sahel to the Atlantic Coast. At the time, Northern Nigeria was revenue-challenged compared to the southern part, whose revenues exceeded its administrative costs. Because it made sense administrative-wise to have one coherent colony instead of two, the prosperous south was merged with the disadvantaged north so the former could subsidise the latter.

This marked the beginning of bickering, rancour, and distrust between the two regions with clear ideological differences. The north, for instance, is largely Muslim – the centre of the Islamic empire known as the Sokoto Caliphate. Their solidarity and socio-political leanings were toward the Middle East and the wider Islamic world. The south, on the other hand, is more diverse and has its major socio-political influences inherent in Western and traditional African values. So, looking at the two regions’ contrasting backgrounds, it makes no sense to merge them together, and it may as well be a mirage expecting them to truly unite. This is because none of them has ever genuinely shown readiness to relinquish their long-held ideologies and beliefs.

The crises could also be traced to the political structures in many of these countries. For instance, the present unrest in Ethiopia has much to do with its system of government. Since 1994, the country has operated a federal system, with different ethnic groups controlling the affairs of 10 regions. One political party – the Tigray People’s Liberation Front (TPLF) – was the major force in setting up this system. It led the four-party coalition that ruled Ethiopia from 1991 after the exit of a military regime. The coalition brought various positive changes and stability to Ethiopia, but there were also regular concerns of human rights abuses and suppression of dissent voices.

This would later exacerbate into a protest, which led to a reshuffle that brought in Abiy Ahmed as the current prime minister. Key Tigrayan government leaders who feel sidelined by Abiy’s government saw his approach as an attempt to centralize power.  The discontent became full-blown in September 2020 when Tigray held its regional election in defiance to the central government’s postponement of national elections. In its reaction, the central government cut funding to Tigray, which the latter considered a “declaration of war.” Unfortunately, what started as a political tussle has now resulted in a seemingly unending war with thousands of deaths and displacements.

The poor structure from the onset has ensured that many African countries are ruled by political jobbers who see public office as a meal ticket to satisfy their extravagant lifestyle. In their bid to maintain the status quo, they use draconian laws and intimidation to constantly widen the disparity between them and the masses. For instance, Nigeria is currently the world poverty capital, with most of its population daily burdened with economic challenges. In contrast, however, it has one of the highest-paid public officeholders.

Reports show that each Nigerian senator gets 13.5 million naira ($USD 32,840) as “running cost,” monthly excluding their monthly salaries and allowances. But the minimum wage for the country’s civil service, the general working class is $79, and a good percentage of masses earn far less while many are also unemployed. The huge disparity, ideological differences, and other similar factors are usually responsible for constant rancour leading to armed conflict and secession agitations hindering the continent’s progress.

Given the frequent occurrences of such cases, peaceful options such as referendums would have been the perfect tool. But most African leaders are adamant in the non-negotiability stance of their country’s unity even at the glaring evidence of disunity across boards. Some countries didn’t even make provisions for a referendum in their constitution. But the more they maintain this iron-fist stance, the more fresh crises emerge and old ones resurface.

Though it is difficult to accurately state the human and financial costs of armed crises in the continent due to many unreported and underestimated cases, but going by the trends in the past few decades, Africa has lost enough for its leaders to reconsider its current approach to governance. The unending crises have plunged many communities into dire refugee crises, as over 32 million people are forcibly displaced due to conflicts and repressions. Many countries in Europe and the Americas have also seen a surge in asylum seekers and refugees from the African continent.

Some of these migrants travel through unconventional and dangerous routes such as the Sahara Desert and the Mediterranean Sea. In the past seven years, more than 20,000 migrant deaths have been recorded on the Mediterranean Sea alone. Despite the danger, more African youths are willing to risk it all with the mentality of “we make it, or we die.” They are not unaware of the danger involved. But many of them believe it is a cause worth dying for because there is a hope that securing refugee status in a developed economy could eventually earn them permanent residence such as a green card in the US and the indefinite leave to remain in the UK.

It is obvious that no entity can progress with such a level of recurring and crises, hence the need for the underlying causes to be tackled headlong. Without equity and respect for human rights, peace talks will always amount to nothing. Many African countries will need to come up with new constitutions with well-defined equitable distribution of resources, political representation, and above all, permit rights to self-determination. This will allow people to renegotiate their coexistence and embrace peaceful dissolution where co-existing brings more problems than opportunities.