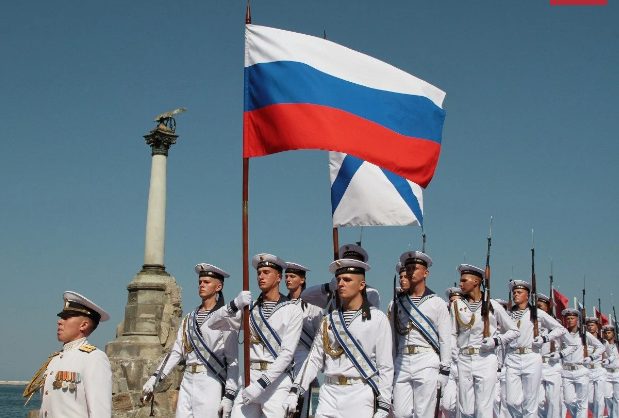 The belief in fixed borders has led to many simmering conflicts over the years.

Instead of allowing the “natural” emergence of more viable states such as Somaliland, the international insistence on establishing, in defiance of the facts on the ground, weak national governments

Here’s What You Need to Remember: A world with completely fixed borders is a world in which ground realities are denied. This leads to the continuation of conflicts, rather than their resolutions. It ought to be remembered that territorial boundaries have historically been much more flexible, for a good reason.

The recent recognition of Israel’s annexation of the Golan Heights by the United States, Russia’s 2014 conquest of Crimea, the persistence of the de facto state of Somaliland within the internationally recognized borders of Somalia—these cases all demonstrate the limits of the international norm of territorial sovereignty.

Since World War II, international law and norms have attempted to prevent conflicts between states by removing a key driver of war—conquest—by fixing the borders between states and promoting the inviolability of boundaries. In the first case heard by the International Court of Justice after its foundation, the court declared that “between independent States, respect for territorial sovereignty is an essential foundation of international relations.”

This norm has served as a break on the wholesale conquest of states and violations have been quickly countered. For example, Iraq’s attempted annexation of Kuwait in 1990 was rightly, quickly and emphatically reversed by a large coalition led by the United States. However, the rigidity of the territorial sovereignty norm also has its drawbacks.

The notion of territorial sovereignty is premised on a state’s actual ability and legitimacy to control its territories. This has led to the absurdity of the persistence of Somalia and Libya, states which have effectively ceased to function as such. Instead of allowing the “natural” emergence of more viable states such as Somaliland, the international insistence on establishing, in defiance of the facts on the ground, weak national governments in Mogadishu and Tripoli, makes a mockery of the primary function of a state—the ability to monopolize violence within its boundaries.

Territories conquered by states from other states are also unlikely to be recovered. Take the cases of Crimea and the Golan Heights, which were seized from Ukraine and Syria respectively. There is a world of difference between endorsing the violent conquest of a nation-state and acknowledging minor adjustments, especially where there is no obvious way of reversal. The notion that borders are sacrosanct perpetuates interstate hostility and frozen conflicts, and prevents the resolution of territorial disputes, because states have no incentive to negotiate new boundaries, and thereafter build stronger political and economic relations with each other, having resolved their territorial disputes.

The idea that borders are fixed leads to the festering, often over decades, of poor relations between countries with disputed territories, such as the Senkaku Islands between Japan and China, or Kashmir between India and Pakistan. Since territorial sovereignty has now become an idea with moral and legal dimensions—the honor and integrity of the state itself—it inflames passions, making normal relations between countries difficult, and the resolution of border disputes politically impossible.

By way of example, the Sino-Indian border in the Himalayas remains disputed and contentious. Two territories, Aksai Chin and Arunachal Pradesh, are claimed by both countries, but Aksai Chin is administered by China, and Arunachal Pradesh by India. India and China have many reasons to be rivals, but the persistence of their border dispute, unchanged for than fifty years, has induced further chilliness into their relationship and overshadows potential improvements in their bilateral relations. Yet, neither state is willing to convert the de facto border into a de jure boundary because both China and India believe that they have the inviolable right to all of their claimed territory.

Border changes ought to be recognized in three cases. First, limited changes ought to be permitted to reflect the facts on the ground in frontier zones that do not alter the fundamental characteristics of a country by depriving it of its core regions. Second, borders can be altered if the people within a certain region assent to the change, usually for economic or cultural reasons. Finally, in the case of states that have effectively collapsed, the emergence of new political entities within their borders should be provided for. The alternative is a world in which territorial changes are never recognized, nor possible. This perpetuates failed states, frozen conflicts, and unresolved territorial disputes between hostile neighbors, that if resolved, could lead to better relations.

A world with completely fixed borders is a world in which ground realities are denied. This leads to the continuation of conflicts, rather than their resolutions. It ought to be remembered that territorial boundaries have historically been much more flexible, for a good reason.

Akhilesh Pillalamarri is an international relations analyst, and a contributing editor at The Diplomat, writing on foreign policy, politics, history, culture, and geography.