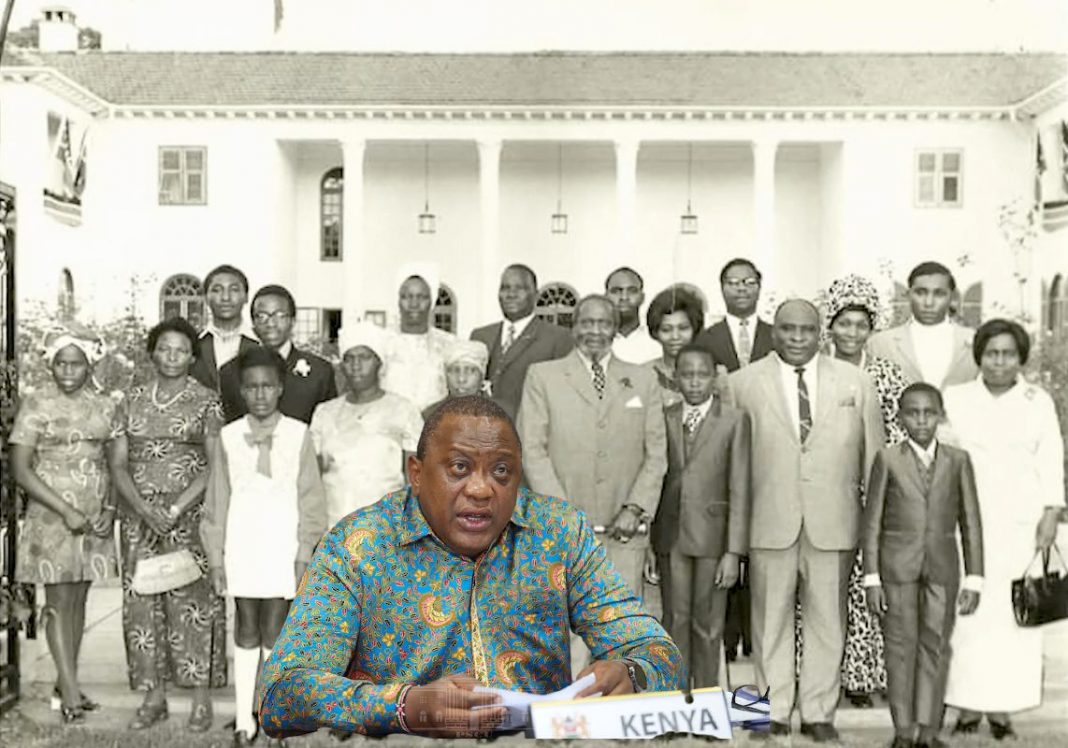 Uhuru and six members of his family secretly owned a network of offshore companies.

President Uhuru Kenyatta’s family has been linked to a freshly released declassification that has exposed how the rich and mighty have stashed billions of shillings in offshore accounts.

Uhuru and six members of his family secretly owned a network of offshore companies, according to records obtained by the International Consortium of Investigative Journalists (ICIJ) and shared with more than 600 reporters and media organizations around the world.

They have been linked to 11 firms – one of which was valued as holding assets of US$30 million (Sh3.31 billion).

According to ICIJ, the leaked records listed Uhuru and his mother as beneficiaries of a secretive foundation in Panama.

Other family members, including his brother and two sisters, own five offshore companies with assets worth more than $30 million, the records show, the investigation reveals.

“Kenyatta and his family did not reply to requests for comment,” ICIJ said.

However, ICIJ says that the Kenyatta family began to accumulate much of its offshore wealth before Uhuru became President.

The guardian reported; “In Kenya, the president, Uhuru Kenyatta, has portrayed himself as an enemy of corruption.

In 2018, Kenyatta, told the BBC: “Every public servant’s assets must be declared publicly so that people can question and ask: what is legitimate?”

He will come under pressure to explain why he and his close relatives amassed more than $30m of offshore wealth, including property in London. Kenyatta did not respond to enquiries about whether his family wealth was declared to relevant authorities in Kenya.” 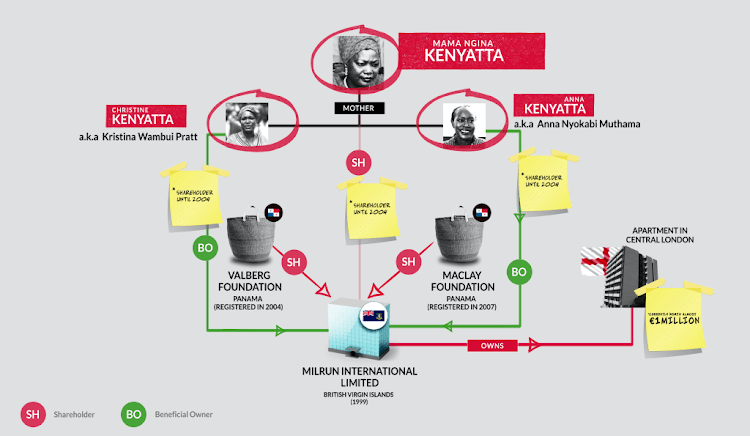 The Pandora Papers investigation by ICIJ indicates that the secret documents expose offshore dealings of the King of Jordan, the presidents of Ukraine, Kenya and Ecuador, the prime minister of the Czech Republic and former British Prime Minister Tony Blair.

“The International Consortium of Investigative Journalists obtained the trove of more than 11.9 million confidential files and led a team of more than 600 journalists from 150 news outlets that spent two years sifting through them, tracking down hard-to-find sources and digging into court records and other public documents from dozens of countries,” ICIJ said.

The investigation indicates that the records – from the Panamanian law firm Aleman, Cordero, Galindo & Lee (Alcogal) – show that the Kenyatta family “owned at least seven such entities, two registered anonymously in Panama and five in the British Virgin Islands.”

“One BVI company owned a home in central London, according to the records, and two other companies held investment portfolios worth tens of millions of dollars,” ICIJ says.

The report shows that the accumulation of the wealth in offshore companies dates back to when the late President Moi was still in power.

ICIJ says that in July 2003, the same month that Kenyatta defended Moi in public, records show that a Union Bancaire Privée lawyer, Othmane Naïm, asked Panama offshore specialists to help register a new foundation, to be known as the Varies Foundation.

“The foundation, like a trust, was designed to manage and shelter wealth for its beneficiaries. Draft bylaws, also from July 2003, name the foundation’s beneficiaries: Uhuru Kenyatta and his mother,” the report says.

“Invoices from Alcogal in Panama to the bank show that the Swiss advisers referred to the Kenyattas with a code: “client 13173.”” ICIJ says in its report.

By OLIVER MATHENGE
The Star kenya