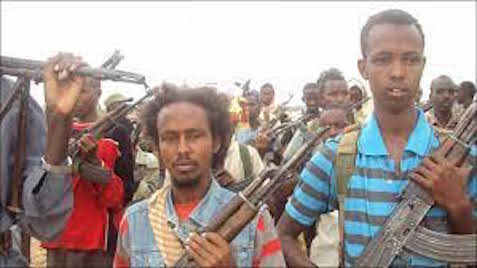 Somalia’s hitherto moderate militia are emerging as the latest challenge to the long list of problems the country has faced conducting elections.

On Wednesday, militia group — Alhu Sunna Wal Jamaa (ASWJ) — clashed with government forces in Galmudug state, one of the regions yet to complete its run of elections for the Senate.

Photos the group shared showed they had seized some government equipment as they entered towns such as Guri-el. It was unclear how far the battle could go, but electoral disagreements were being fronted by the group’s leaders as the reason they were challenging the government.

ASWJ was not always government enemy. In the last four years, the group was influential in helping to route Al Shabaab out of major regions in Galmudug, allowing for the conduct of elections and formation of a new government early last year. However, the group says it was shortchanged on powers sharing arrangements promised by the federal government. Some of its members were targeted as others fled into exile. It is just that some local clans subscribe to the movement and want their leaders involved in the leadership.

The chaos erupted as Somalia surmounted one more hurdle: It completed the senate elections for Somaliland region. On Wednesday, 46 delegates, half of them drawn from the communities native to Somaliland, while the other formed by the Somaliland clan elders in the capital, voted for 11 senators.

Three out of the 11 senators were women, pushing the numbers of elected women so far closer to the 30 percent quota granted by the clan-based indirect electoral system agreed for this 2020/2021 election.

Khadar Harir Hussein, the head of the Somaliland electoral committee, called the senate election completion as success. “We envisage starting the election of the Lower House, foreseeing equal success,” he said. Somaliland declared unrecognised independence in 1993 and has refused anything to do with Somalia, even though it has a significant population who support a united Somalia. Ahead of these elections, groups organising the polls had differed over delegates and candidates to be nominated.

Faysal Ali Warabe, the leader of UCID Party, one of the two official opposition parties in Somaliland, admitted that the regions’ self-styled politicians in Mogadishu are more visible than those in Somaliland itself. “Voting is by clan leaders we do not know. But, it shows that those in Mogadishu are brisker than us here,” he said. “We have to do something to uplift the plummeting morale of our people in our leadership.”

Somalia Prime Minister Mohamed Hussein Roble who is largely in charge of the election in Somalia expressed optimism that the process is going to be smooth, urging that general public to partake in the security improvement.

There are those who doubt this though. Jubbaland State President Ahmed Mohamed Islam Madobe stated that Mr Roble will miss the schedule as long as they can’t agree with his boss President Farmaajo. Last month, Mr Farmaajo cut his powers after the PM differed with him on how to investigate the case of a murdered spy.

“What can the prime minister do while his mechanism to function is hindered?” posed Mr Madobe while talking to an audience in Kismayu.

“The prime minister must be left alone to do his job, otherwise little can be done about the election,” he added.

According to electoral agreement reached in May by the National Consultative Forum, the body chaired by Mr Roble , Somalia agreed to complete the election of both the Lower House and the Upper House within 60 days.

The Forum includes leaders of Puntland, Galmudug, Hirshabelle, South West and Jubbaland plus the Mayor of Mogadishu

As of end of September, the process has taken more than twice as much time as envisaged.

Professor Hassan Sheikh Ali, a scholar and analyst in Mogadishu, said in this week that some form of election taking place, however slow, is an achievement.

“All sides agree that the election is going on whether implemented through Roble or self-propelling as desired by the president and his advisors,” said Mohamed Hussein Farey, a political analyst in Mogadishu.

On Thursday, the chairman of the Federal Electoral Implementation Team (FEIT) Mohamed Hassan Irro told the BBC Somali Service that the election of the Lower House will start next week.

Irro told the media that final preparations are taking place, foreseeing no hindrances. His remarked are propagated in spite election of 8 senate seats are pending at Jubbaland, Galmudug and Hirshabelle states out of the 54 senate seats.

“We call on the Federal Member States, which have not yet completed the Upper House elections, to complete them as soon as possible,” said James Swan, the head of the UN in Somalia.

“I want to emphasise that all the necessary resources are available, with the help of international partners in Somalia, the funds collected from the candidates and the support of the Federal Government,” the envoy added.