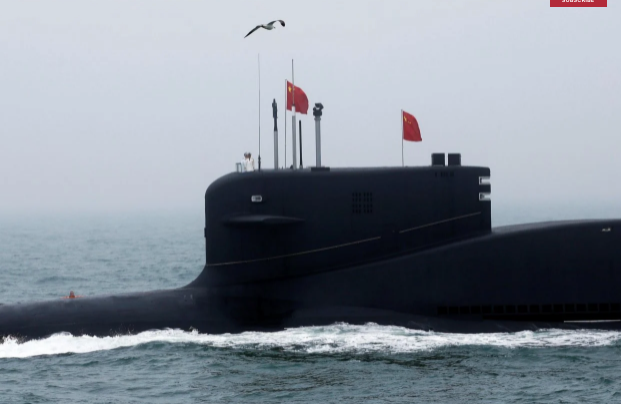 Here’s What You Need to Remember: If the United States has about eight hundred military bases outside its borders and China has one (Djibouti), then Beijing would seem to have a very long way to go (799 more overseas bases to build) in honing the coercive tools of global military parity—let alone seeking for “global hegemony.”

American strategists seem to agree on little these days, except to say that America is in grave danger. Some maintain that Iran is the root of all evil and believe that a final showdown in the Middle East is now inevitable since the Obama-era nuclear accord has been abrogated. Still more are anxious that a major war with North Korea is just around the corner, because after all the probability of the Singapore talks succeeding is rather low. Journalists have begun to fret about an old question—once quite theoretical—concerning whether the U.S. military could “handle” medium-sized wars against both Iran and North Korea simultaneously. Lest we forget, one side of the DC establishment is completely dedicated to demonstrating that Russia is actually the most dangerous threat and there is that “insider threat” from gullible Americans apparently duped by some Russian Facebook advertisements. However, each of these groupings of American strategists can at least coalesce around the “fact” that China forms the preeminent challenge at present for U.S. national security, not least because of its economic might (now ranked by the CIA as more than 15 percent larger than that of the United States) that in some respects make it an enabler of all the other three candidate threats named above. Terrorism, however, is now apparently just an afterthought again in a world dominated by “great power competition,” even though this author would still rank it first among U.S. national-security threats.

An “expert” panel gathered recently to testify to the House Committee on Intelligence regarding “China’s Worldwide Military Expansion.” The panel predictably was stacked with “hawks” and lacked for any kind of balance, but this kind of selective cherry-picking of facts now passes as completely normal in contemporary Washington, DC. Nevermind that a number of the panelists do not seem to have any graduate-level training in Chinese language, history or culture (let alone significant time on the ground in China) the many China-baiters on Capitol Hill were lapping up the toxic vitriol by the spoonful. My colleague from his U.S. Navy days, Capt. James Fanell (ret.) warned starkly that the U.S. Navy could be significantly smaller than the Chinese Navy within a few short years if current trends persist. While that could be true in the narrowest sense from a simplistic counting of hulls, such an idea would seem premature in the extreme if one realizes that the ratios of aircraft carriers and nuclear submarines remain at something close to 5:1 in the American advantage—and that does not capture, moreover, that these U.S. vessels are actually quite superior in capabilities. We’ll put aside for now Fanell’s rather undiplomatic analogy, in which he compared researching China to studying “gorillas,” but Fanell was at his most extreme in his assertion (multiple times) that Beijing is actually seeking “global hegemony.” In my two decades working on China, I have yet to meet a qualified China expert that shares that conclusion.

If the United States has about eight hundred military bases outside its borders and China has one (Djibouti), then Beijing would seem to have a very long way to go (799 more overseas bases to build) in honing the coercive tools of global military parity—let alone seeking for “global hegemony.”

I have attempted to scrape through Chinese-language sources to see if they can occasionally help to develop a fuller picture of Chinese military capabilities and intentions. A fall 2017 issue of Modern Ships [现代舰船] provided a reasonably detailed profile of China’s brand new Type 055 destroyer, which was launched on June 28, 2017. This article makes the rather remarkable observation that (excluding aircraft carriers), this is the largest warship the Chinese fleet has put to sea since the ill-fated Dingyuan and Zhenyuan of Li Hongzhang’s Beiyang fleet [北洋海军的 ‘定远’与’镇远’]. The article relates with pride that in size, “informationalization” [消息化] and firepower, the Type 055 is rather advanced, noting that Type 055 “in some respects exceeds” [在某些方面甚至还要强一些] the capabilities of the U.S. Navy’s Burke-class destroyers. The article reveals that the ship was built over a period of twenty-nine months. The piece crows about the new destroyer’s “integration of sensors and antennae in a single mast” [多传感器天线一体化桅杆], the “naval digital command system” [海军数字指挥系统], not to mention that it has about 25 percent more VLS [Vertical Launch System] tubes and hence substantially greater firepower than the Burke-class. The article suggests seven different types of missiles will be fired from these numerous VLS tubes, including: the YJ-18 anti-ship/land attack missile, the HQ-16 medium-range air defense missile, the HQ-9 long-range air defense missile, the DK-10 air defense missile, the YU-8 rocket-assisted torpedo, the CJ-10 land-attack cruise missile, and the YJ-83 anti-ship cruise missile. However, the piece ends on the note that China’s naval designers will “squarely face up to inadequacies” [正视不足] and press on to meet the world’s leading standards. Call this vessel “Dreadnought” or even “Bismarck” if you wish, but one impressive surface ship (and one perhaps rather vulnerable to submarine attack, moreover) hardly justifies the leap to assuming that Beijing seeks global hegemony. As with the Djibouti example, the fact that China has a few decent capital ships hardly justifies such extravagant and indeed bellicose claims.

Well, if Beijing does not seek “global hegemony,” then what does it want after all with all those shiny, new “tin cans”? A fascinating and rather innovative articulation of Chinese naval strategy appeared in a fall 2017 issue of the important Chinese international relations journal Chinese Foreign Policy [中国外交]. This article (apparently republished from another journal called Pacific Journal [太平洋学报]) represents naval research into the “Issue of Operational Sea Areas [作战海区问题]” from a geostrategic perspective and yields the rather new concept in Chinese defense discourse of “middle seas [中海].” Those familiar with Chinese writings on naval strategy know that traditionally Chinese interests have been bifurcated into “near seas” [近海] and “far seas” [远海] categories. The author of this Chinese paper does not at all deny the priority of the near seas for Chinese national interests—especially as Taiwan, Korean and South China Sea issues remain extremely tense—and this priority is underlined as “重中之重 [the most important].” Yet, it is pointed out that there is a new area of focus, the so-called “middle seas” for China to consider even as its maritime power “operational sea areas continuously expand [作战海区不断扩展].” It is explained that operations in China’s middle seas might well support goals related to the near seas, but that combat methods will be starkly different. The analysis underlines the importance of naval operations in this new zone to “operate on exterior lines to destroy the enemy in proximate areas [外线作战与侧后歼敌].” However, this zone is also viewed as crucial for Chinese “nuclear deterrence and nuclear counter-strikes.” This zone essentially amounts to the area between the first and second island chains, or between the “Philippine Sea and western Marianas Islands.” The analysis explains: “military forces in that area can exert pressure against both island chains [在此部署兵力活动将能两大岛连同时构成军事压力].” In controlling this area, the Chinese forces could also determine how they might best support operations within the first island chain. After noting that the area’s deep waters are ideal for submarines, including especially SSBNs, it is advised that the area forms “China’s fine route to the far seas [中国进出远海 . . . 的优良通道].” Weapons already in the Chinese arsenal for some years, including the DF-21 IRBM, the DH-10 cruise missile, and fourth-generation interceptors are identified as critical to providing support for Chinese forces in these areas.

Taken together, these two articles summarized here may seem to affirm the mid-May 2018 panel’s conclusions before the House Committee for Intelligence. There are obviously some disquieting trends that U.S. strategists need to be aware of, including especially that China’s capabilities in some key areas, notably anti-ship cruise missiles, may already exceed that of the United States. Still, the PLAN is utterly lacking experience in the operation of carrier battle groups, and there is a widespread belief among naval analysts that PLAN capital ships, such as Type 055, will remain vulnerable to submarines operated by the United States, as well as those employed by China’s less accommodating neighbors like Vietnam as well. Moreover, discussion of the “middle seas” between the two island chains, is quite novel and evidence of a certain Chinese maritime strategic ambition, to be sure. But it may also betray certain obvious weaknesses too, including the inability to fully secure strategic goals within the first island chain itself, as well as the problem that the SSBN force apparently still seems not to have missiles with the range to hit the continental United States from Chinese waters. Therefore, Chinese “boomers” still have an imperative to advance into the Pacific, where they will inevitably be less well protected.