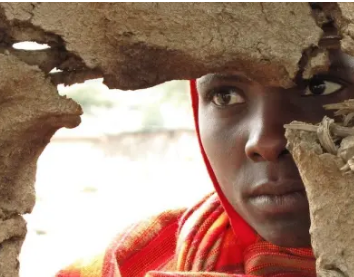 A UN Panel of Experts on Somalia says worsening climate change in the region could benefit terrorist group Al-Shabaab.

In a report submitted to the UN Security Council earlier in October, the Panel said the terrorist group was using people’s exposure to the bite of climate change to cement their influence in Somalia and the region.

It says the group, which had already been damaging the environment through illegal charcoal exports, was now coming in to provide emergency services to those affected by drought or flooding; all which have become irregular due to climate change.

“The Panel learnt that the vulnerability of Somalia to the impact of climate change is projected to increase due to its dependency on its natural resources. This, coupled with the human-caused degradation of natural resources due to charcoal production, has increased its vulnerability to drought and desertification, leading to a marked reduction in food security, the team observed.

The Horn of Africa country had already lost more than 73 percent of its forest cover by earlier this year, all due to unregulated and illegal tree harvesting. This loss has now been linked to increasing rates of flooding and drought, according to another UN report released last week.

While everyone, including Shabaab members may suffer under unpredictable climate, the Panel says the militant group is now taking advantage of that vulnerability to spread its influence.

“In some cases, al-Shabaab has already begun to exploit the impact of climate change, possibly leading to challenges for Member States on how to address insecurity in Somalia.

“The Panel learned that Al-Shabaab had provided communities along the northern part of the Shabelle River with protection from flooding, acting as a service provider to communities that receive little support from the Government,” the document says.

Al-Shabaab, the terror group that sprouted out of the former Union of Islamic Courts back in 2005 has since morphed both in operations and sourcing finances. The Panel says the group has exported charcoal, engaged in illegal gold exports as well as extorted the public to get money.

And in spite of concerted efforts by both Somalia authorities and partners such as the African Union Mission in Somalia (Amisom), the group is labelled in the report as “in as in a healthy financial position and is entrepreneurial in nature”, benefiting from illegal taxation and other forms of extortion.”

These forms of extortion are not new, but the link to climate change could now force the UN Security Council to include in its future resolutions how to fend off Shabaabs through climate change mitigation.

“The Panel recommends that the Security Council include in its next resolution on Somalia language relevant to highlighting Al-Shabaab’s ability to exploit the impact of climate change as a threat to peace and security,” the team says.

“The Panel recommends that the [UN] Committee[on Somalia sanctions) (a) Encourage the Federal Government of Somalia to take a more proactive approach to environmental mediation in conflict-affected areas that are also prone to flooding or other environmental shifts;

(b)Encourage a common understanding of the impact of climate change

across government, including developing approaches to conflict analysis, risk management and climate projections.”

Overall, the Pabel warned al-Shabaab remains Somalia’s biggest threat to stability and that recent political bickering over elections and disagreements between the federal government and federal states had benefited the militant group.