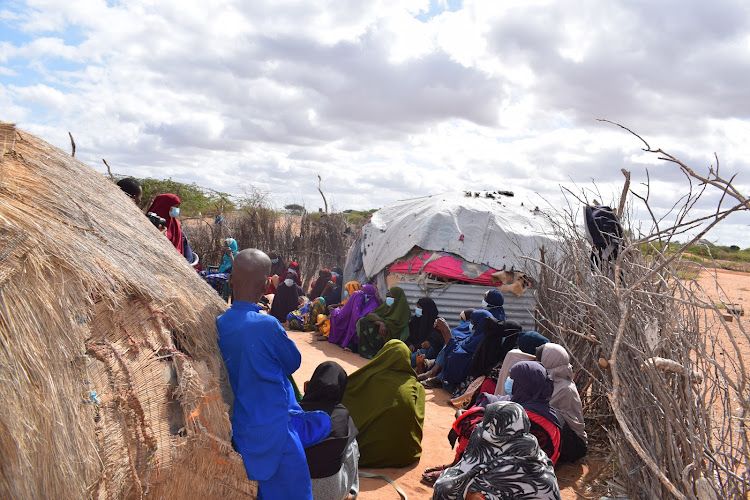 The Health ministry sounds like a broken record to Kenyans after nearly two years of Covid updates, except on the Kenya-Somalia border, where al Shabaab has tried its best to counter that with conspiracy theories.

They made propaganda incursions even before the first case was reported in Kenya or Somalia, telling locals that Chinese and Western intelligence agencies developed the virus in a lab to eliminate Muslims and sowing suspicion of health workers.

Eight months since vaccination began, Northern counties lag behind in uptake. For instance, Garissa, Mandera, Wajir and Marsabit have only vaccinated 1.9 per cent, 1.8 per cent, 1.5 per cent and 1.4 per cent of their target population respectively with the first dose.

Health CS Mutahi Kagwe, however, blames the low rate on poor coordination and lack of efficiency by the county governments, not vaccine hesitancy.

It all started in the wee hours of February 19 last year, when border community members from the Sinay border post in Kenya were preparing to do business with their Somalia counterparts from Kolbiyo.

Other community members were preparing to herd their livestock across the border and return to the Kenyan side of the border before dusk.

Suddenly, a group of al Shabaab youths stormed their village. They preached about Covid-19 for two hours and ordered the community to reject any medical intervention from the Kenyan Health ministry.

The terrorists-cum-preachers were using loudspeakers and telling the community that the coronavirus was developed in a Chinese lab.  They showed a propaganda video showing dead bodies piling up in a Chinese hospital and the Chinese premier apologising to the Muslim community over the development of the virus.

The video was broadcast in Somali language, an indication it was made by al Shabaab’s media unit for the purposes of spreading fear and fake news regarding the pandemic.

The group played the video through their smartphone and connected to a portable speaker, which could reach 100 people.

“The al Shabaab fighters ordered us to pray and go about our business as a Western and Chinese plot to eliminate Muslims has flopped,” said Aydrus Bishar, an elder in Sinay.

Somaliland to Get 150k Medigen Vaccines from Taiwan