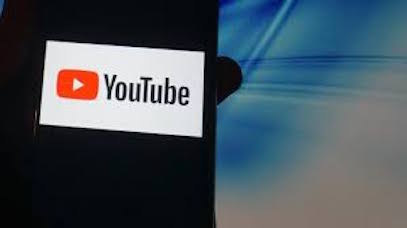 Extremist recruiting is ‘much more about trying to inspire lone actor or small cell terror attacks now,’ experts have said

Extremists are constantly changing the language they use to evade moderation on social media sites like Instagram and YouTube as a ‘vital’ tool to recruit terrorists, an expert has said.

Researcher of far-right extremism at anti-extremism watchdog HOPE not Hate Patrik Hermansson said some of the main techniques used by extremists are propaganda and direct messaging potential recruits.

“They use YouTube and live streaming to promote their ideas and also so people can get in touch with them,” he told i.

“But then you have more specific groups, smaller groups who are action oriented and will actually plan to use violence. They actually reach out to people and send direct messages, asking them to join.”

He said extremist recruiters will set up accounts that promote certain ideals and then evade social media moderation by using coded language or being deliberately vague on their intentions.

His remarks come after a taxi exploded outside the Liverpool Women’s Hospital on Remembrance Sunday. Police declared it a terrorist attack that they suspect was carried out by 32-year-old Emad Al Swealmeen who died in the explosion.

The UK’s terror threat level has been raised from “substantial” to “severe” in response, meaning an attack is now judged to be “highly likely”.

i found one YouTube profile for a Moroccan-born Islamist preacher listed on the Counter Extremism Project’s Extremist Database, who is said to have played a role in radicalising a suicide bomber through sermons at a Paris mosque.

But some terror suspects do work alone as “self-motivated” extremists, Dr Dan Lomas, lecturer in intelligence and security studies at Brunel University, told i.

Joe Whittaker is a Lecturer in cyber threats, criminology, sociology and social policy at Swansea University and told i extremist recruiting is “much more about trying to inspire lone actor or small cell terror attacks now, whereas in previous decades, people may have gone to a training camps abroad to join Al-Qaeda or even traveled to the caliphate to go and live in Islamic State.”

Since travel became much more difficult in the pandemic, “groups have worked to establish much smaller control links to try and inspire people to do things on their own,” he said.

A spokesperson for Meta, the owners of Facebook and Instagram, said: “We ban those engaged in terrorism or organised violence from our platforms, and remove content that praises, supports or represents these people or groups and their activities whenever we find it.

“We have a team of more than 350 counterterrorism specialists works with experts around the world to help make sure we’re keeping up with evolving trends and adversarial shifts in behaviour, both online and offline.

“Between July and September, we removed over 10 million pieces of terrorist content from Facebook and Instagram, over 99% of which we found using our technology before anyone reported it. We know terrorists are always adapting, which is why we’ll continue to do the same.”

YouTube removed 431,355 videos (6.9 per cent of total removals) and over 13,861 channels (0.3 per cent) for violating its policies on promotion of violence or violent extremism.

The platform said that out of every 10,000 views on the platform 19 to 21 came from violative content.

It encourages users to flag material they believe is inappropriate and if it breaks guidelines and threatens violence, the platform will remove it.