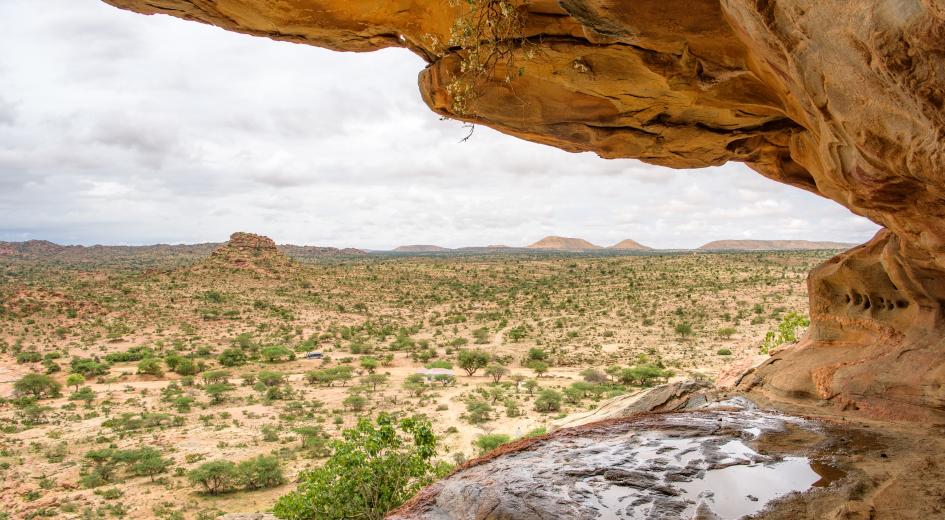 U.S. policy in East Africa rests, in part, on a myth. Washington treats Somaliland, a region in northern Somalia, as if it were a part of the rest of the country, yet the territory has been functionally independent for 30 years.

By ignoring this reality, the U.S. undercuts its own effectiveness in an important part of the world.

Fortunately, there is a fix. Acknowledging Somaliland’s independence would allow Washington to build a facts-based policy that could better support democracy, proactively defend American interests in a zone increasingly dominated by China, and strengthen one of the few relatively stable areas of an increasingly turbulent region.

Somaliland has already been independent once. In 1960, Britain relinquished its 73-year protectorate of the territory. Somaliland was independent for five days before voluntarily joining with southern Somalia in what was instantly a troubled marriage. In 1961, angered by southerners’ domination of the process for writing a constitution, Somalilanders rejected it and refused to ratify the merger in a referendum. Later that year, a secessionist group of Somalilander military officers launched a failed coup. Somalian dictator Mohamed Siad Barre took power in his own coup in 1969, and eventually waged a brutal campaign against Somaliland as he tried to crush a rebellion that began there in the 1980s.

Somaliland declared independence again shortly after Barre’s fall in 1991. It began building the attributes of sovereignty, and today it has its own army, currency, elections, foreign policy, and passport. It refuses union with southern Somalia and arrests citizens that participate in the federal government. Mogadishu can do little about Somaliland’s sovereignty. Now and far into the foreseeable future, Somalia lacks the ability to compel it back into federation.

Yet even though Somaliland is independent in all but the most technical sense, the U.S. treats Somalia’s federal government, when there is one, as the representative of Somaliland’s people.

Indulging this fiction costs Washington greatly. The Biden administration has made democracy promotion a pillar of its foreign policy, yet it is missing the chance to add a committed democracy to the international community. Instead, American policy favors the dysfunctional, undemocratic federal government in Mogadishu that is currently overseeing an electoral process even more corrupt than the previous, deeply unsatisfactory one. Because of restrictions imposed by Mogadishu, the U.S. is also unable to fully partner with Hargeisa to tackle the latter’s real, though manageable, governance deficiencies.

The U.S. is also losing an opportunity to shore up its position in a strategic part of the world. Somaliland is about 70 miles from the heart of the Bab el-Mandeb Strait, a shipping chokepoint that facilitates much of the trade between Asia and Europe. Somaliland has around 500 miles of coastline on the Gulf of Aden, across which sits the Middle East and Yemen, where Iranian-backed militias and al-Qaeda battle Saudi Arabia and the United Arab Emirates. It has potential as an economic gateway to East Africa, especially Africa’s second-most populous country, landlocked Ethiopia, which is almost entirely dependent on the port in neighboring Djibouti.

It is the situation in Djibouti that especially strengthens the strategic rationale for recognizing Somaliland. The tiny country commands the Bab el-Mandeb Strait, and its port facilities are the best in the region. It is also arguably the African country most under the Chinese government’s influence, which sees it as an “overseas strategic strongpoint.” State-controlled China Merchants Port runs a number of Djibouti port terminals. Along with four other Chinese companies, it is financing, operating, or building a free trade zone in Djibouti that will be Africa’s largest. Beijing has lent Djibouti so much money to build infrastructure—constructed, of course, by Chinese companies—that the tiny country may soon be unable to pay off its debts. In 2017, China opened a sprawling, hardened military base in the country.

The only permanent U.S. base in Africa is also located in Djibouti. The U.S. must maintain its presence there, but building a close relationship with Somaliland would help it hedge against Beijing encumbering U.S. operations in Djibouti. There are no other workable options for a strong American presence in the immediate area: the prickly, authoritarian regime in Eritrea to Djibouti’s west is difficult to work with, and Yemen is in long-term turmoil.

Somaliland’s East Africa neighborhood is nearly as volatile as it is important. The terrorist group al-Shabaab would overrun Mogadishu if it were not for an international military force fending it off. The federal government is almost continuously paralyzed by political crises that periodically threaten to explode into violence. Most recently, the incumbent president was forced to walk back an unconstitutional two-year extension of his term only after rival militias took to the streets and a shooting war loomed.

The giant of the region, Ethiopia, is racked by an ethnic civil war that may be only just beginning. Its unilateral filling of a dam has prompted threats from downstream countries Sudan and Egypt, and its border dispute with Sudan simmers.

Sudan itself is amid a hopeful but fragile transition. Its most recent challenge was quelling a coup attempt, and the civilians in the transitional government are struggling to rein in the potent and historically abusive security services with which they share power. Meanwhile, Eritrea’s pariah status has deepened after its forces committed terrible abuses during their invasion of Ethiopia’s Tigray state. The run-up to 2022 elections in Kenya is tense, a worrisome situation given the country’s bloody post-election episode in 2008.

In this difficult environment, the U.S. should be seeking out areas of calm, no matter how small, where it can make meaningful progress for its interests without the fear it will all be swept away overnight by instability. There is no other place in the region, or even in Africa as a whole, where the U.S. can as easily score such significant victories as are possible in an independent Somaliland.

The Somalilanders have also made plain their desire to cast their lot with the U.S. Displaying a gumption remarkable in Africa, they have flatly rebuffed Beijing’s threats and inducements to break its recently-established ties with Taiwan. Hargeisa’s actions are self-interested, as it likely believes defying China will help win recognition from the U.S. But that does not change the fact that the Somalilanders have bet on partnership with Washington, which gives the U.S a chance to broadcast to the rest of Africa that partnering with the U.S. is indeed the right choice to make.

A frequent concern expressed by those opposed to Somaliland’s independence is that it would encourage other secessionist movements on the continent. That hypothesis has already been tested. Eritrea gained independence in 1991, as did South Sudan in 2011. There was no subsequent explosion of independence claims in either case. In fact, establishing a standard for independence based on the Somaliland model would raise the bar for achieving recognition, since there is no other African secessionist movement with nearly the same autonomy and success that Somaliland has. Its borders are also today the same as they were upon independence in 1960, aligning them with the African Union member states’ pledge that countries should abide within the boundaries “existing on their achievement of national independence.”

Rarely does Washington get the opportunity to do the right thing while making significant progress for its national interests at a manageable cost. By pretending a Somalia-Somaliland union that has not existed for decades somehow endures today, the U.S. is spurning its opportunity and elevating the corrupt and feckless federal government in Mogadishu over the democratic and functional government in Hargeisa. This could all be fixed if Washington acknowledged the reality of Somaliland’s independence.

Joshua Meservey is the Senior Policy Analyst for Africa and the Middle East at the Heritage Foundation.