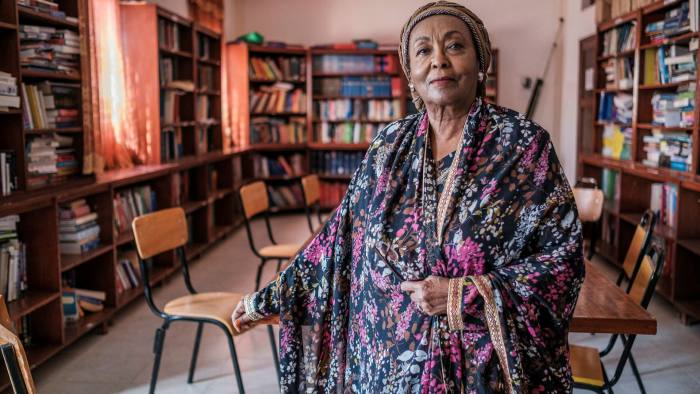 For Edna Adan, the so-called “mother” of Somaliland, the hospital she set up in the capital city of Hargeisa is a reminder both of one of the region’s worst massacres and the urgency of gaining international recognition for the self-declared state.

“We are standing on top of a killing ground,” said the former foreign minister, wife of a president and midwife, referring to the Somali dictator Siad Barre’s massacre of 200,000 Somalilanders who wanted independence in the 1980s.

“I want this place to be a place where human life and human dignity is preserved and respected, showing the dignity and the compassion and the recognition Somaliland deserves,” she told the Financial Times.

Three decades after Somaliland first broke away from Somalia, the self-declared nation state this year successfully held democratic elections and attracted bumper investment from Dubai’s DP World in the port of Berbera.

Officials in Somaliland hope all this means it is inching closer to achieving its goal of international recognition, without which it will struggle to get much-needed multilateral financing to boost its $3.5bn economy, underpinned by remittances and camel livestock.

“It may look like a miracle that in 2021 there is a state without recognition that, at the same time, functions properly as if it were a recognised state,” said Saad Ali Shire, Somaliland’s finance minister.

Ismail Ahmed, founder of the global remittances platform Zepz who is pouring $500m into education, health and infrastructure, said: “It is quite unfortunate that one of the most democratic governments in Africa, a country that has succeeded in reconstructing itself after a war, is denied recognition.”

But fearing it would encourage their own restive regions, some regional players are loath to recognise Somaliland. “It won’t happen anytime soon,” said an official from a country in the Horn of Africa. Still, the UK, the United Arab Emirates, Turkey and Ethiopia all have a presence in Somaliland. This month, Kenya established a diplomatic delegation, a year after Taiwan — a move that angered China.

The former British protectorate of Somaliland became independent on June 26 1960. Five days later, it united with the former Italian colony of Somalia, only to break away in 1991 after the fall of Barre. While Somalia collapsed into civil war and has been besieged by al-Shabaab jihadis, Somaliland has delivered relative peace and stability to its 5.7m people. It has its own elected bicameral parliament — with the Guurti of elders akin to Britain’s House of Lords — drafts its own army, prints its own currency and issues its own passports.

“We’ve been trying to be a functioning democratic country for 30 years but it seems that to get the world’s attention you need to be a troublemaker,” said Ayan Mahamoud, Somaliland’s former representative in the UK.

The government in Mogadishu has been fighting al-Shabaab for years, aided by billions of dollars of US aid. Somalia’s president, Mohamed Abdullahi Mohamed, popularly known as Farmaajo, is now at loggerheads with his prime minister ahead of an election in October. In April, he tried to seek a two-year extension to his term, sparking armed clashes between rival factions.

A month later, in contrast, Somaliland, held peaceful parliamentary elections, the first in 16 years, in which the two opposition parties won a majority of seats.

“Where else in Africa can someone from the minority becomes the majority? Somaliland people deeply understand the real meaning of democracy,” said Barkhad Batuun, an opposition politician who, despite coming from one of the country’s smaller clans, received the most votes in this year’s election. “I’m hopeful that the world recognises what we have done.”

Foreign emissaries in Hargeisa say a “more liberal” Somaliland would help its cause for recognition, especially among western nations — more so now that Afghanistan is in the hands of Taliban militant Islamists. In Somaliland, women’s football and basketball games have recently been cancelled following pressure from the more conservative Muslim pockets of society, activists say.

“There is no clear-cut [direction] as to where Somaliland is gearing towards — whether it would be more liberal or more conservative. There’s a really fine line and I feel we are at an inflection point,” Ayan Mahamed, a Somalilander kick-boxing champion and computer scientist who moved from London to Hargeisa and is chair of the sports organisation Hiil Hableed, or Stand up for Girls.

For Haboon Kaysar, a young women’s right activist in Hargeisa, “it could create recognition problems if countries see us having radical intolerance”.

Western nations are in any case waiting to see if African countries, and particularly Somalia, make a move on recognition. For authorities in Mogadishu, the risk is that action on Somaliland could embolden Somali states with similar claims, such as Puntland and Jubaland. Conflict in Ethiopia’s Tigray region as well as potential tensions with its own Somali region of Ogaden also mean authorities in Addis Ababa are unlikely to act.

“The idea that recognising Somaliland can Balkanise the Horn of Africa is a myth,” said Abdirisak Shaqale, a lecturer of international relations at the University of Hargeisa. “Historically, legally and politically we have the legitimacy to be recognised. We cannot be compared to other states” with secessionist claims, he said, in reference to Somaliland’s previous independence.

For now, little is happening. “They say we are ‘the country that does not exist’. We exist, we are here, but we’re not being acknowledged,” said Salma Sheikh, founder of news magazine The Somaliland Review. “And that’s not really a good feeling.”

By Andres Schipani in Hargeisa