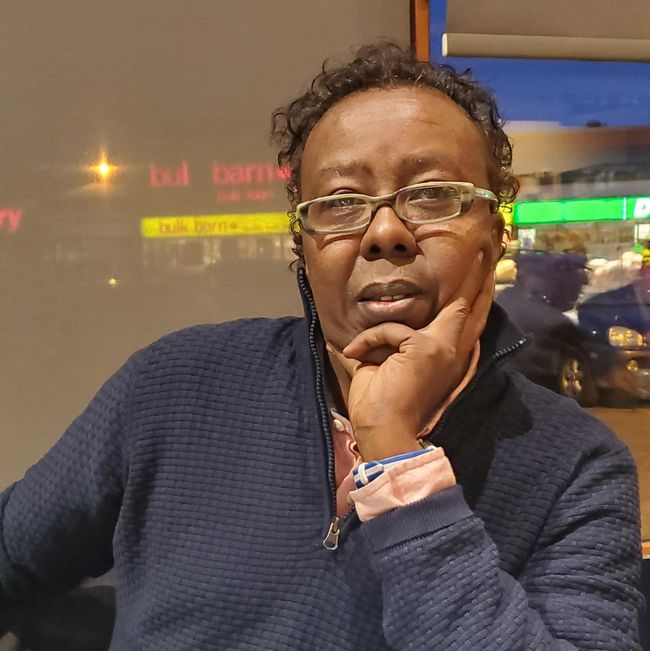 Bashi Hosh Jibril was a paralegal who offered pro-bono help to newcomers and refugees in the Greater Toronto area. His family still has questions about his sudden death in Istanbul.

Community activist and paralegal Bashi Hosh Jibril is leaving behind years of immigration and citizenship work helping people in the Dixon and Rexdale area of Toronto, where he has worked tirelessly offering pro-bono legal services to help reunite families.

Hosh Jibril has died suddenly at the age of 52, after his family says he was attacked during an alleged robbery in Istanbul, Turkey on Dec. 6. He had been planning to move there with his wife and son.

In the days that followed, his family said they tried contacting him after growing concerns over his absence. They reportedly called Turkish authorities, emailed the Canadian consulate, and contacted local hospitals.

After being told that Turkish police would not assist them without a formal request from Toronto authorities, Hosh Jibril’s family contacted Toronto police and filed a police report. Toronto police confirms that a missing-person report was filed for Bashi Hosh Jibril on Sunday, Dec. 12. His family said they called the hotel where he was staying on Dec. 12, to piece together information about Hosh Jibril’s whereabouts. The hotel receptionist broke the news to the family that he was dead.

He had died a few days prior to them calling, the family was told, after he was taken to Taksim Hospital. Turkish police had reportedly stopped by the hotel to collect his belongings.

His family said Hosh Jibril was supposed to board a flight to Nairobi the following day, to reunite with his wife and son in Somalia.

He never made it to them.

Sagal Hosh Jibril, his niece, said Turkish police never contacted the family. After getting news of his death from a hotel receptionist, they found a local news article dated Dec. 9, that reportedly showed surveillance footage of the alleged attack on Hosh Jibril in Istanbul.

“We just have a lot of unanswered questions. Why haven’t we been contacted by the Turkish authorities? This is making the grieving process more difficult for our family,” said Sagal.

“We are saddened by the death of Mr. Bashi Hosh Jibril and convey our sincere condolences,” reads an emailed statement from a spokesperson from the Turkish embassy in Ottawa. “However as the judicial process is ongoing, unfortunately, we cannot make a comment on a criminal matter under consideration in the courts.”

Sagal said the family was contacted by Global Affairs Canada and the Consulate General of Canada in Istanbul on Dec. 13, more than a week after Hosh Jibril’s death. They were told Turkish police had closed the investigation, Sagal said. “We need support on figuring out why he was attacked and if there are more people involved in this murder.”

“Global Affairs Canada is aware of the death of a Canadian in Istanbul, Turkey. Consular officials are in contact with local authorities and are providing consular assistance to the family,” said Jason Kung, a spokesperson for Global Affairs Canada in an email to the Star. The agency did not provide any further details, citing privacy considerations.

The family has been told several individuals are now facing charges in connection with Hosh Jibril’s death, but say they have many unanswered questions and are hoping for a more thorough investigation and justice for Hosh Jibril.

Turkish police were contacted by the Star but refused to answer questions posed in English. The Star responded with translated questions, but did not receive a response at the time of publishing. In 1986, Hosh Jibril came to Canada at the age of 17. His older brother, Abdurahman Hosh Jibril, helped sponsor him. After completing high school in Toronto, Hosh Jibril later attended University of Lethbridge to study economics.

Hosh Jibril went on to obtain a paralegal degree at Brock University, and became a member of the Law Society of Ontario. This kick started his legal work in helping underprivileged people, especially newcomers, reunite with family, apply for citizenship and sponsorship.

Since 2015, Hosh Jibril had worked independently as a self-employed paralegal. In his private practice, Hosh Jibril’s work included helping people complete their work permit renewals and submit applications for permanent residency from within Canada.

Hosh Jibril was attending Queen’s University for a graduate diploma in immigration and citizenship law. Friends say his passion for education and drive to acquire more tools to help others spoke volumes about his character.

“To his fellow Somali-Canadians, he was the go-to-guy for any advice on legal, public and social matters. In his home town of Toronto, he was a strong public service pillar that was known for his kindness,” said Sadiq Alihashi, Hosh Jibril’s cousin.

At the onset of the pandemic, he was still going into the office, helping people with legal and immigration issues.

“He used to work tirelessly for the community seven days a week, 12-hours a day,” said community activist Kawnayn Hussein, who has known Hosh Jibril for more than 20 years. “He never got tired (of helping people).”

Hosh Jibril’s older brother, Abdurahman, was reportedly one of the earliest refugees from Somalia to arrive in Canada in the late 1970s. Abdurahman earned a bachelor’s degree in sociology at the University of Toronto before earning a juris doctor’s degree from Osgoode Hall Law School. From the late 90s to the early 2000s, Abdurahman supported the growing community of Somali refugees and immigrants in the Greater Toronto Area, and like Bashi, worked pro-bono to help vulnerable populations, including young offenders, who needed representation and counsel in the court of law. Abdurahman eventually went back to Somalia to help his home country rebuild after decades of civil war. He held a number of government positions there, his last post was minister of constitutional affairs.

Abdurahman passed away a few months before his 63rd birthday due to septic shock, in 2019.

“They both lived the way they wanted to be remembered, as gentle, humble, compassionate, caring men who devoted their lives to the service of others,” said Sagal. Despite having to process their own grief while seeking answers into the circumstances surrounding his death, Hosh Jibril’s family and friends want to ensure his life and work helping reunite families isn’t forgotten.

Sagal says her uncle’s devotion to the Somali-Canadian community went beyond legal assistance. “For many years, he was someone who was sought out for counsel advice, family support, and so much more. He was a devoted husband, a loving father, a brother, an uncle, a friend to so many.”

Some of Hosh Jibril’s family members flew to Istanbul for his funeral.

“In Islamic tradition the burial must happen as soon as possible and our family was already distraught that more than a week passed since his death so we wanted to lay him in rest as soon as we could. We collectively made the decision that Turkey would be best. The funeral and burial happened yesterday,” Hosh Jibril’s niece told the Star Friday.

Family and friends have set up a fundraiser to support Hosh Jibril’s wife and son and have raised nearly $18,000.

Sagal says the Somali community in Toronto has organized a memorial service that will take place this Sunday to pay tribute to Bashi Hosh Jibril.