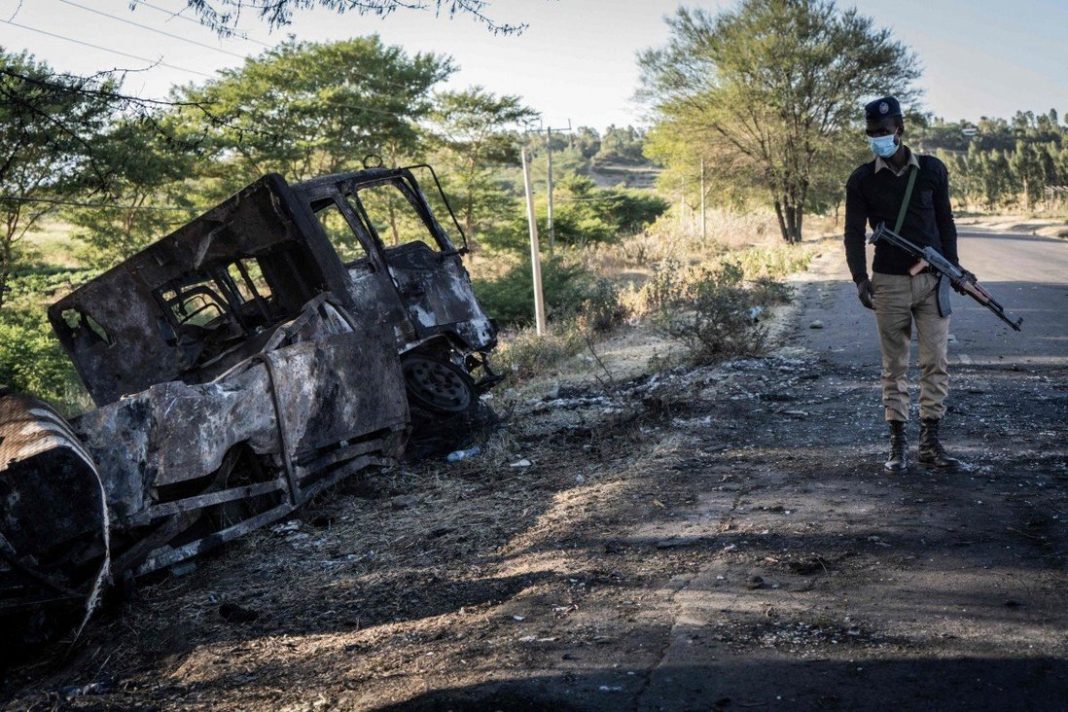 China underlined its opposition to “any politicisation of human rights issues”, as the UN rights council in Geneva voted to set up a three-member team to investigate abuses in the Ethiopian civil war.

This comes after Chinese Foreign Minister Wang Yi’s unannounced stop in Addis Ababa earlier this month, following a visit to Senegal where he co-chaired the Forum on China-Africa Cooperation.

Wang’s December 1 stopover in the Ethiopian capital was interpreted as showing Beijing’s support for Prime Minister Abiy Ahmed’s government as it faces increased Western pressure over the 13-month-old conflict in the northern Tigray region. 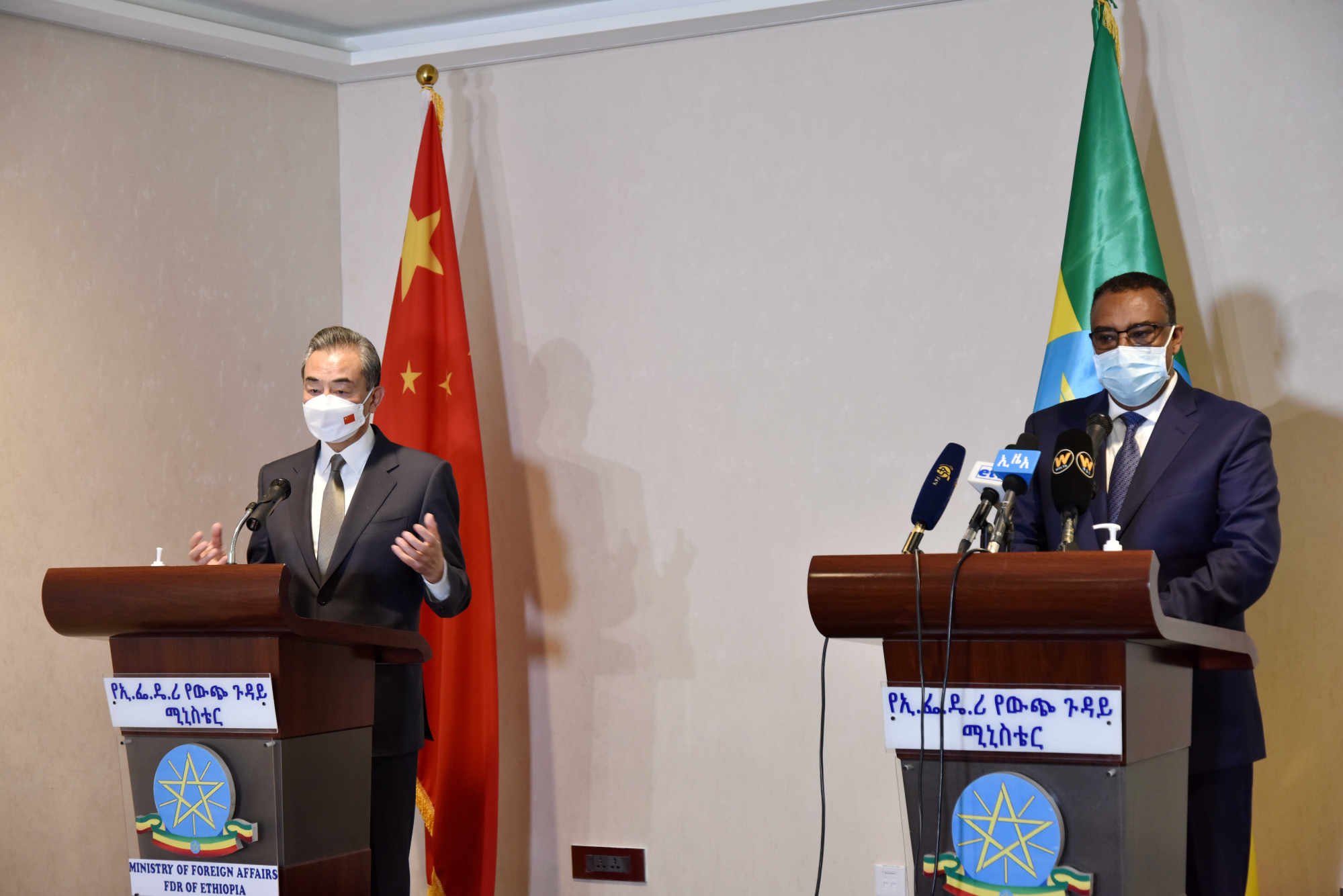 Wang promised that China would support its long-time ally and stick to its principle of non-interference in the internal affairs of other nations.

China does “not meddle in the internal affairs of Ethiopia … [and] disagrees with the practice of some external forces to pressure Ethiopia for their own political purposes”, Wang said at a meeting with Demeke Mekonnen, the Ethiopian deputy prime minister and foreign minister.

China is a big investor in Ethiopia, and channelled US$13.7 billion in loans to Addis Ababa between 2000 and 2019.

It has previously vetoed attempts by some members of the UN Security Council, including the US, to impose sanctions on the Ethiopian government.

What is behind the fighting in Ethiopia’s northern Tigray region?

Washington has imposed some sanctions on the Horn of Africa nation and cut aid. It has also suspended duty-free access for Ethiopian exports over atrocities in Tigray, where tens of thousands have been killed and millions displaced.

The West has been pushing the Security Council to force Ethiopia to allow humanitarian aid to flow to Tigray, where the UN itself says hundreds of thousands have been hit by famine – but with little success.

That may explain why European nations have now turned to the UN Human Rights Council in Geneva.

On Friday, at a special session called by the European Union, the council passed a resolution to allow the appointment of a three-member international team that will investigate atrocities in the Ethiopian conflict.

China, which voted against the motion, termed the decision “interference in the internal affairs” of Ethiopia.

Twenty-one countries, mostly European, were in favour of the investigation. Apart from China, Russia was also among the 15 that voted against. All 13 African nations in the council either voted against or abstained.

Both China and Russia said the establishment of a probe without the mandate of Ethiopia amounted to interference in its internal affairs.

The EU welcomed the decision, with ambassador to Geneva Lotte Knudsen saying the “independent international investigative mechanism on Ethiopia [was] urgent and necessary to complement national efforts and ensure … a transparent and impartial accountability process”.

Ethiopia, which has opposed the move to set up the probe team, warned that it “will not cooperate with any mechanism that may be imposed upon it”, alleging that the Human Rights Council was being “used as an instrument of political pressure”. 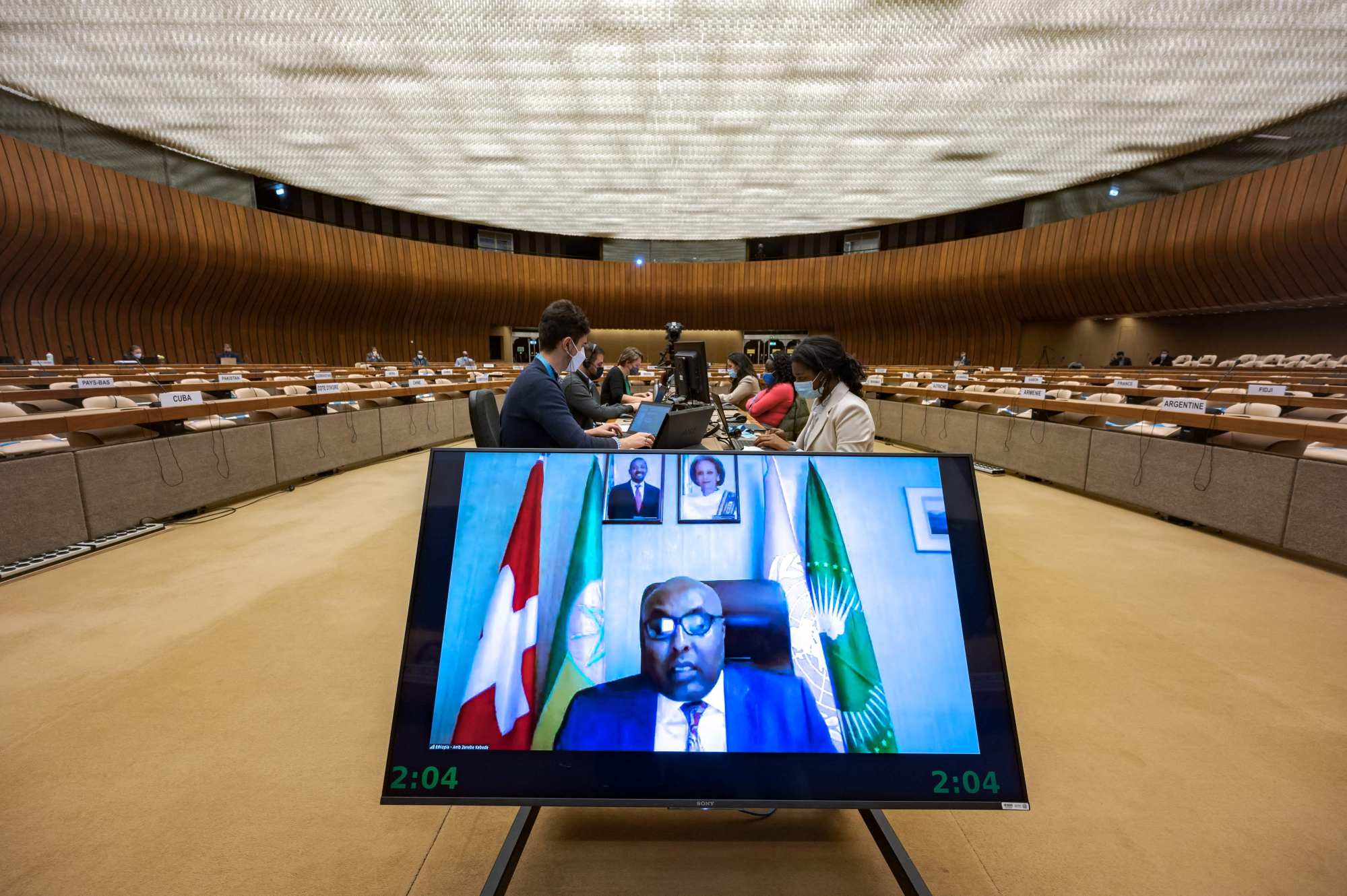 The Ethiopian ambassador to Geneva, Zenebe Kebede, said a joint investigation by the UN rights office and Ethiopia’s Human Rights Commission had been conducted and there was hence no need to repeat the exercise.

The investigation last month found possible war crimes and crimes against humanity by all sides in the Tigray conflict. Kebede said Ethiopia had committed to “implement the recommendations of the recently issued joint investigation”.

Richard Gowan, UN director for the International Crisis Group, said the Security Council has failed to respond effectively to the crisis in Ethiopia.

To some extent, he said, Western countries use the Human Rights Council as a platform where they can challenge China and Russia over blocking crisis responses in the Security Council.

“China and Russia have broadly opposed UN efforts to deal with the Ethiopian conflict throughout the year.” 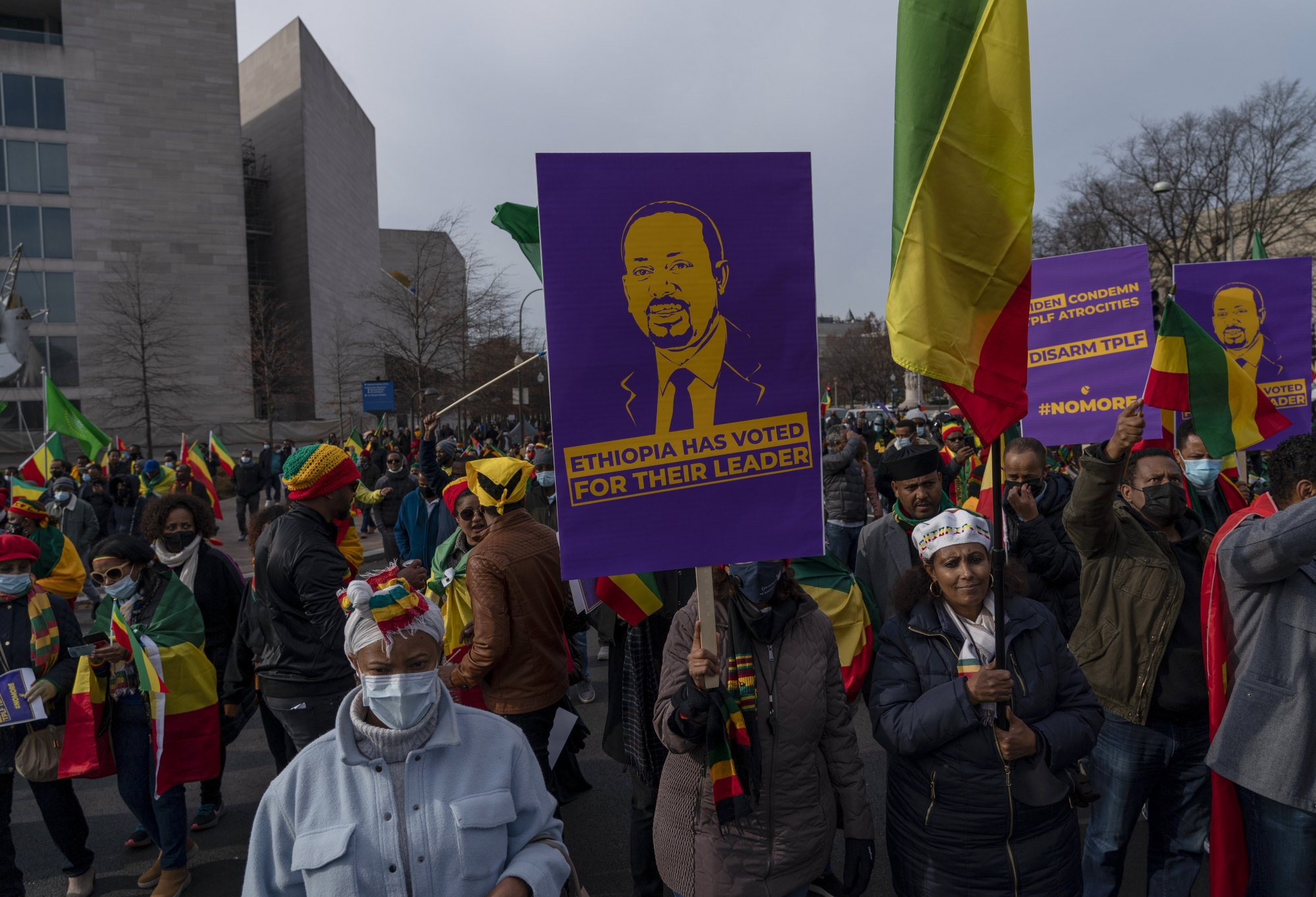 In part, it was just China standing up for the principle of non-interference in sovereign states. But China and Russia also see tactical advantages in helping to defend Prime Minister Abiy from US pressure, Gowan said.

“If Abiy survives the conflict in power, he will likely be thankful to Beijing and Moscow for protecting him at the UN during the war.”

The civil war erupted in November last year after Abiy’s government accused the TPLF, a leftist political party, of attacking its military base to steal weapons.

Last month, Abiy, a former soldier, returned to the front lines to direct the fight against the Tigray rebels, who had dominated the federal government before he took office.

David Shinn, a ­former US diplomat in Ethiopia and currently a professor at George Washington University, does not agree with the analysis that the US and some Western countries are supporting the Tigrayan forces.

The US has repeatedly called for the rebels to pull back to the Tigray region, urged an unconditional ceasefire and national political dialogue, he noted.

“Abiy agrees with the rollback of Tigrayan forces but not the ceasefire and national dialogue,” Shinn said.

“China is playing its traditional game of supporting the government in power, including the supply of Chinese armed drones, unless that government is toppled and then quickly it will switch to the other side.

“It’s a nice set of rules if you can get away with it and China usually does.”