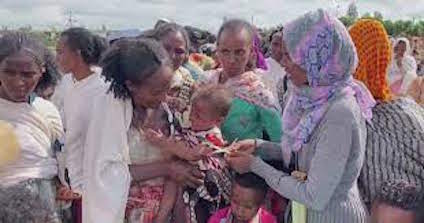 However, 13 months later, the fighting has intensified amid multiple reports of torture, rape and other atrocities taking place in Tigray.

The conflict has created one of the world’s worst humanitarian crises.

The UN’s Human Rights Council has voted to set up an independent investigation into war crimes.

Ethiopia’s government says it will not cooperate with investigators and has accused the council of being used as “an instrument of political pressure”.

Why are international efforts to stop the war failing?

Gebrekirstos Gebreselassie – Manager of tghat.com, a website documenting the war in Tigray