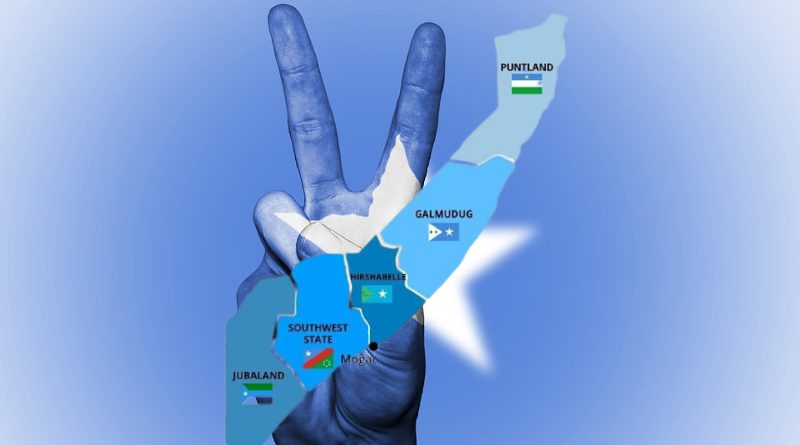 There has been long line of a systematic failures from the entire international community to solve the long-standing political impasse that has generated a never-ending humanitarian crisis as well as political, social and military instabilities in Somalia and in the horn of Africa.

The political history of Somalia is a sordid affair.  A long, painful and ruthless civil war has ravaged this country for the better part of three decades and, today, the fact remains that the only way to wedge Somalia out of the snarl it finds itself in is by the immediate and absolute resignation of former President Farmaajo.

On Saturday, December 25, former President Mohamed Farmaajo provided a hint that he may, once again, be seeking to claim authority by criticizing Prime Minister Mohamed Roble for his decision-making and accusing the Prime Minister of electoral malpractice, neglecting to mention in his statement, of course, that behind the scenes he has been manipulating the system to ensure that the elections are rigged in his favor in order to secure a term extension.

Former President Farmaajo will never, under any circumstances, relinquish power in this country back to the people of Somalia.  As he has been since his first day in office, he is in this thing for himself in order to increase his own political power and supplement his own personal wealth.  He has never had the back of the people of Somalia and this country is far worse off for it.

The great people of Somalia have recognized this fact for many years and its high time the International Community opens their eyes to the grave conditions Somali lives in and immediately stop enabling former President’s reprehensible behavior.

According to recent UN projections for 2022, an estimated 7.7 million Somalia citizens will require humanitarian assistance and protection.  This figure represents nearly half the country’s population, yet the UN continues to provide a platform for Farmaajo to spread his lies and misinformation to nations not willing to commit the time and effort to really understand the catastrophe that is occurring right in front of them.  The tragedy in all this is that it is the women and children who endure the greatest burden of Somalia’s complex humanitarian crises.

On Farmaajo’s watch, climate and health disasters continue to likewise devastate our country, so much so that, on November 23, the Somali government declared a humanitarian state of emergency because of the droughts laying waste to the land and, yet again, the humanitarian community remains unresponsive as Farmaajo continues to be more concerned about leveraging his own political agenda than on the destruction being inflicted upon his people.

Somalia is teetering on the brink of a major breakdown once again. The latest election standoff highlighted how the worst political crisis in years could easily spiral further downward. If left unresolved, it has the potential to return the country to civil conflict, undoing fragile gains made over the past decade and a half