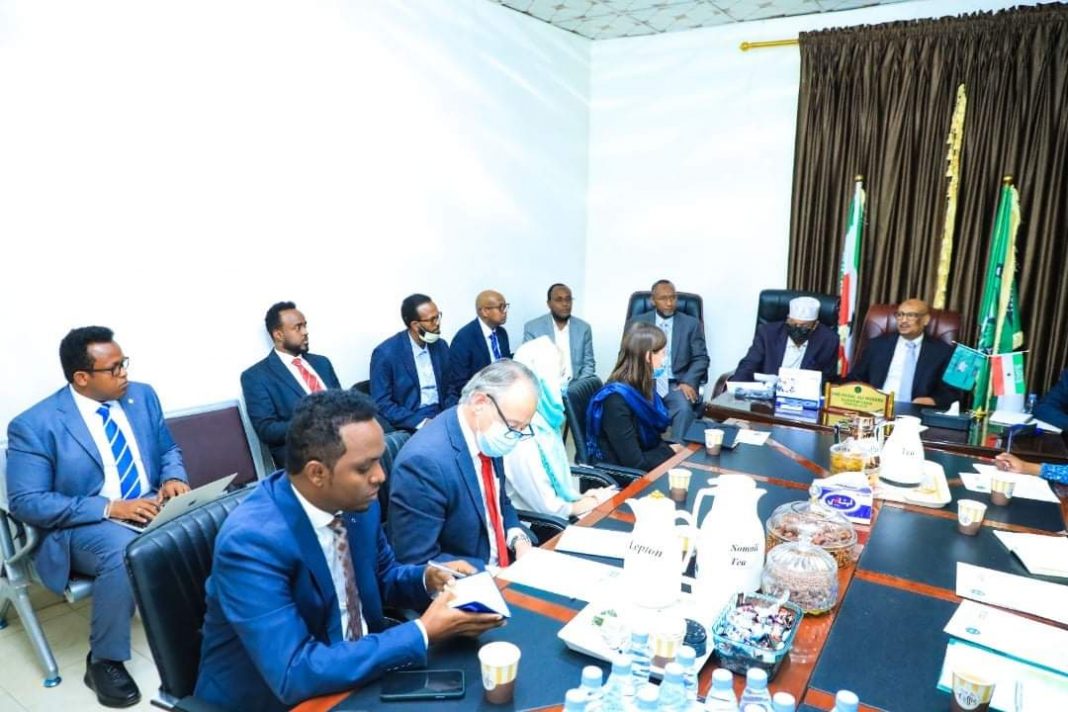 The two opposition parties of Somaliland; WADDANI and UCID held talks with Somaliland international partners in support of democracy and development. Officials said they deeply discussed the upcoming presidential election which is expected to take place on 13 november this year.

Opposition figures noted their position of readiness for Somaliland to go to polls on its scheduled time. Khadar Hussein, the secretary general of WADDANI party revealed that they sent a letter to the president on Tuesday, emphasizing the elections to take place on time.

Opposition parties recommended the parliament to enact new law for the house of elders’ election as well as an amendment of law no 14 on political association and parties election following the court’s decision to separate Political party elections from local councils.

Opposition parties are deeply concerned that President Bihi is “attempting” to extend his term in office, an accusation the President and his administration had denied. Bihi’s administration emphasized there will be no election delay.