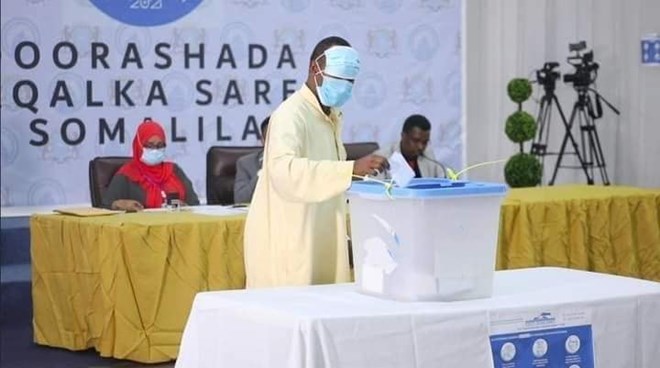 We all agree that Somalia cannot claim to have a history of a clean election. Since the first electoral consultations of 1954, election results had, to a certain extent, been tampered with. By all accounts, the last combined political and municipal elections held in 1969, under the parliamentary system of government, are remembered as the worst ever held in the country for the scale of irregularities and abuses which characterized the exercise. Those of my generation obviously recall, for instance, the much-celebrated political scandal which involved the elections of Bur Hakaba District in1969. The case had attracted a lot of public attention and discussion in Somalia becoming a cause célèbre.

The question that soon arose was whether a poll victory obtained by unethical means would enable the ruling elite to govern until the end of the legislature (1969-1974), or it would throw the country back into tribal enmities and chaos. Neither of these two scenarios happened: a military solution, instead, became the alternative. There has been unexpected intervention by the Armed Forces who staged a military coup they called “Revolution”. The military rulers blamed the civilian administration, among other things, of vote-rigging.

The last time Somalia had a general election, just over 5 decades, the consequences, as we have mentioned, were far from orthodox.  However, today, since 1969, we are facing the worst electoral fraud and abuse perpetrated by the regional authorities who are given carte blanche to select, not to elect, the 257 MPs in the Lower House. The public has already lost trust in the ability and willingness of the regional administrators to conduct free and fair elections in their respective geographical areas of jurisdiction. “The majority of these seats were elected through a voter suppression tactic locally known as malhiis: two candidates competing for a seat whereby one of them is a fake rival candidate who either gets few votes or withdraws from the race. (Hassan Yousuf Waal). As in 2016, elections have robbed citizens of all faith and hope in the democratic system.

People with good credentials and solid experience in state affairs were denied the right to submit their candidature. Among those locked out is Mohamed Sheikh Osman Jawari, the veteran politician who served twice as Speaker of the “Golaha Shacabka”. If in 1969, the District Commissioner of Bur Hakaba was the bête noir (Black beast) of the District Commissioners of the time; today all the Presidents of the 5 autonomous regions, members of the Federal State, are to be considered bête noirs. The Syl-led governments in the 1960s were experts in ballot box stuffing, but they never precluded the candidature of anyone.

Several analysts, investigators and some Western diplomats say the election has turned out to be a milestone of corruption, one of the most fraudulent political events in Somalia’s history, and that’s saying something, given that the country has been ranked bottom of Transparency International’s Corruption Perceptions Index every year since 2006 (Kaunin Ronan). We must never legitimize/accept any sham election which restricts candidates on the basis of differences in political opinions or differences in personality.

Individuals accused of criminal activities and others with criminal records have been already selected as members of the future Parliament, while graduates and professionals were denied to contest the election.

There is no doubt that the indirect elections going on in the Federal Member States of Juba land, South West, HirShabele, GalMudugh, and Puntland cannot be defined as fair and free exercise. It is an exercise orchestrated by the 5 regional administrators against all principles of fairness and justice. It is time to stand up to the election manipulations. We have to say NO and stop this farce they call elections before it is late. It is very important that we should make clear it is a mistake to think we don’t know that the elections are fraudulent.

Can we, Somali remain passive in the face of these illegalities that could, at the end of the day, plunge the country into instability from which it would be very difficult to rise? Where are the youth of this country?  Why don’t they emulate their Sudanese peers always ready and united against the malpractice in their country?

The present appeal goes to all Somalis, particularly the youth, in Garoe, Dusa Mareb, Belet Uen, Mogadiscio, Baidoa and Chisimaio, to stage a massive demonstration calling the government to annul the election of those fraudulently declared “winners”, and halt, with immediate effect, the continuation of the election process.

It is far more preferable to remain for some months, or even years, without Parliament in place than having one whose members are the product of election manipulation. We all remember how badly the Parliament functioned as a legislature in the last 10 years falling short of performing its basic job which is to control the activities of the government and to bring peace and stability to the country. Parliament has consistently failed to act against the government abuse of public funds. The reason is the seats of the Parliament were occupied by the wrong people.

After long years of violence and instability, Somalia deserves a Parliament whose members are genuine representatives of the people, not a bunch of individuals hand-picked by the regional authorities against the law.