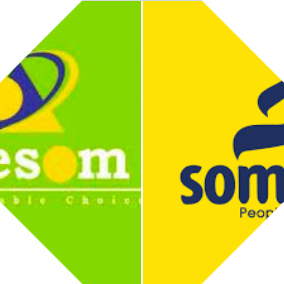 Somtel and Telesom – the two leading telecommunications companies in the Republic of Somaliland, have today signed a long-awaited agreement allowing subscribers to call each other across the two systems.

Messaging each other without switching sims is now all the more possible.

In an agreement that the Somaliland Ministry of Telecommunications and Technology chaperoned following the completion of requisite laws and regulatory frameworks, the two leading telecom giants Telesom and Somtel finally agreed to remove barriers preventing subscribers to using only one sim instead of two and in some places such as Sanaag and Sool three sim cards.

The agreement, according to the Ministry, will come into effect within 40 days of signature.

Telesom traces back ancestry to the Somali billionaire Ahmed Jum’ale who also owns major shares of Hormuud and Gollis. Somtel is an offspring of the Dahabshiil Group of Companies that include Dahabshiil Bank International, the East African Bank, Dahabshiil Money Transfer, and eDahab largely bankrolled another billionaire – Mohamed Saed Duale (MSD). DGC’s Money transfer wing operates worldwide which places it as the leading company in African remittances.

Both groups of companies operate under different names and registrations in all Somali-inhabited territories including Eastern Ethiopia.