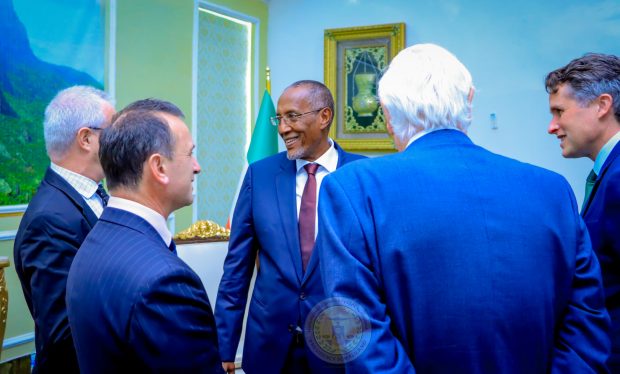 His Excellency the President of the Republic of Somaliland, Musa Bihi Abdi, today received at the Presidential Palace a delegation representing UK lawmakers led by the Honorable MP for England’s South Staffordshire and a former Minister for Defense for his country, Gavin Williamson.

The delegation arrived today at the invitation of the government following a debate on the UK recognition of Somaliland Mr. Williamson secured and was held at the House of Commons and on Zoom on the 18th of January 2022.

Among the members of the delegation were the Honorable Gavin Williamson CBE, MP Lord Stuart Polak, Lord Edward Udny Lister, and the Hon Alun Cairns MP.

Expressing the wide acclaim and esteem the Somaliland public held for Mr. Williamsn and the All-Party friends of Somaliland at the UK House of Commons and the House of Lords, President thanked the MPs for their role in bringing the long overdue Somaliland right to international recognition to the limelight. 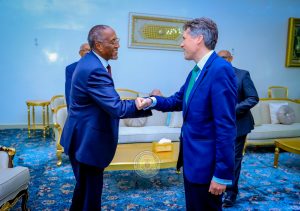 “We sincerely thank you for the clear, elucidating debate you held at the House of Commons and the undeniable arguments you presented to your government and the world on the recognition of my people’s hard-won right to reclaim their sovereignty,” he said.

President Bihi hoped that like-minded MPs and parliaments around the world would follow suit, coming out of politically foggy woods to emerge as champions of what is right and just to peoples around the world and, especially, Somalilanders. He added that Somaliland painstakingly picked itself out of the ashes of doom and destruction battered, bewildered, and besieged a myriad of daunting obstacles that could have defeated many people that did not adequately possess the stamina, resilience, determination, and single-minded drive to restore the dignity and statehood they lost to Somalia in a hasty, unsigned merger in 1960.

President Bihi also thanked the UK delegation for the upgraded representative office the United Kingdom had in Somaliland.

“We do hope that the UK would further upgrade the Representative to a level it can function as a fully-fledged office that can offer full services,” the President said clearly sending a signal to the UK government to confer a High Commissioner’s or Consulate status to the office if not an embassy as Ethiopia did only recently.

With the President in this initial reception was the His Excellency the Vice president, Abdirahman Abdullahi Ismail “Zeyli’i”, the Minister for Foreign Affairs and International Cooperation, Dr. Essa Mohamoud Kayd, and the Somaliland Head of Mission in the UK, Abdi Abdullahi Derie. 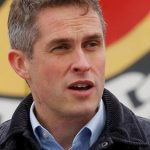 The Honorable Gavin Williamson last paid a high-profile official visit to the Republic of Somaliland in January 2019 as the UK Minister for defense. The visit generated much debate and speculation around the world with countries such as Russia even hinting that it was in for a race to set up a naval base in Somaliland if the latter was indeed offering the concession in exchange for an expeditious international recognition. Russia did not stop there but directed vaguely threatening noises at the UK warning of setting up post-Brexit naval bases around the world following a Minister Williamson articulation of the possibility.