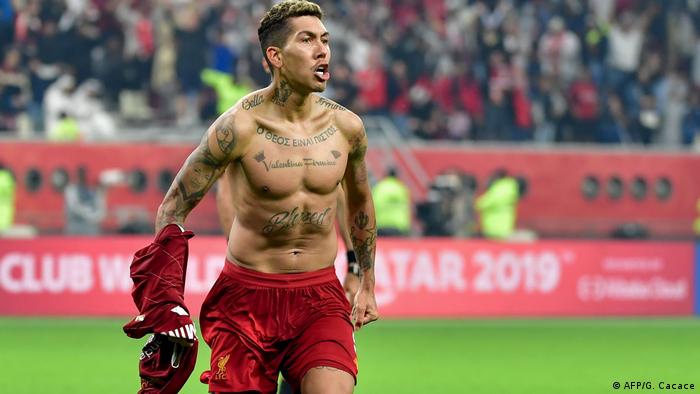 When Jurgen Klopp made seven changes to his starting XI for Wednesday’s clash with Benfica, he took a huge risk. Despite a late wobble when it looked as if Liverpool’s players had eased off, the much-changed side comfortably saw the Reds through to the Champions League semi-finals for the third time under Klopp with a 6-4 aggregate victory.

One man who highlighted his importance to the German was Roberto Firmino. His two second half goals effectively killed off the tie before a late resurgence from the Portuguese outfit. In a rare start for the Brazilian, he linked up well with his fellow forwards and slotted home Diogo Jota’s ball across after a defensive disaster class from Benfica in the 55 th minute. Ten minutes later he volleyed home a delicious Kostas Tsimikas ball for his second. He took advantage of poor defending again but his movement and anticipation was a reminder of the forward’s class.

Firmino is not the key man he once was for Liverpool and he has slipped down the pecking order. Yet his performance was evidence of the astonishing depth the Reds now have, particularly in forward areas. His performance granted the other forwards a rest ahead of Saturday’s FA Cup semi-final against Man City.

Having been pipped by Jota last season in the first XI and pushed further down the attacking hierarchy by Luis Diaz since his January arrival, Firmino is Liverpool’s fifth-choice forward option. Now 30, the Brazilian has struggled with hamstring and groin injuries in recent months after a tough 2020-21 campaign.

While his high watermark came in 2017-18 when he scored 27 times and provided 17 assists – a goal contribution a remarkable every 95 minutes, on Wednesday he became just the fourth Liverpool player to score 20 Champions League goals. Firmino is only behind Mohamed Salah, Steven Gerrard and Sadio Mane.

He also had a key role to play in turning around the away leg at Inter Milan in the Round of 16. He opened the scoring after coming on at half-time when Liverpool were under the cosh. After struggling last season when he looked leggy, he has been refreshed this year. This has been helped by his lack of involvement for Brazil since last summer’s Copa America, allowing him to use international breaks to recharge.

Ahead of the run-in for the dream quadruple Liverpool could face a mammoth 12 games in six weeks. The challenge for both them and City could be what squad stays the fittest. The Reds’ title rivals overcame an energy-sapping contest against Atletico Madrid battered and bruised as Kevin De Bruyne and Kyle Walker both hobbled off injured – Liverpool will be hoping their rest and rotation paid off.

Firmino’s performance afforded Klopp this luxury. Despite not being the key player he once was, his class and role as a reliable deputy will be crucial.

For Liverpool – to qualify for a Champions League semi-final despite making seven changes sums up the juggernaut that this squad has become. To be able to do something like that even with a full-strength team is the envy of clubs across Europe – just ask Bayern Munich, PSG or Manchester United.