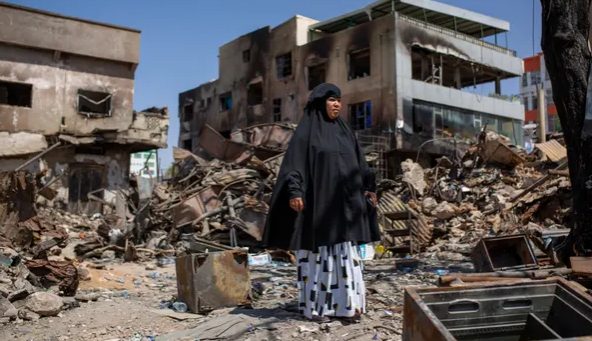 Once a bustling place, Waheen is now a smouldering ruin and despite government promises stallholders say little is being done for them

Once a vibrant and noisy place, the market at Waheen was Somaliland’s largest. It had about 2,000 shops and stalls, selling fresh fruit and meat alongside tailors’ and tech support stores. When fire raged through the city of Hargeisa earlier this month, at least 28 people were injured and hundreds of businesses were destroyed.

It was “a massive calamity” for the city’s economic centre, says Hargeisa’s mayor, Abdikarim Ahmed Mooge.

With much of Waheen in ruins, many of those who worked there have been left devastated. Most are women. 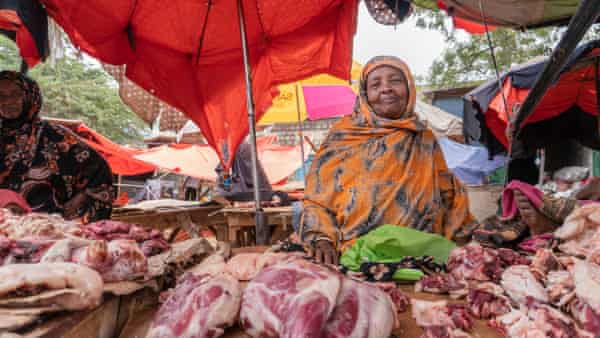 Amina Ali, a meat seller at Waheen, says that although the flames have gone out, the damage continues: “Today, our situation is at its worst. Waheen is at the heart of everything in Hargeisa and now it’s all gone to waste. Nobody is coming to help us. We don’t have anyone, we only have God.”

Ali says the fire has affected her whole community – family and neighbours – and the scale of damage is difficult to measure.

Ayaan Salaad Mohamed, who had a beauty services business, says smaller businesses like hers are not a priority. The federal government promised money but despite asking for assistance, Mohamed says not much is being done.

“Nobody knows how this has impacted us. We weren’t rich people, but we would make enough money to get through our daily affairs. Our life has taken a drastic turn, but we will work with whatever God provides,” she says.

Mohamed has seven people financially dependent on her, including her widowed mother, and says she is now trying to sell fruit to make ends meet. People haven’t been able to return to the market to search for any goods that survived the flames.

“The night before the fire, we left with our baskets filled to the top. Today, we are standing around aimlessly,” says Khadra Mohamed Dahir. “People are only thinking about those who had big businesses that burned down, but what about those of us who ran smaller businesses?”

Shukri Abdi sold meat in the market. All her books of receipts and customer orders were burned, making it difficult to find her regular customers and to call in money she is owed. Like others, Abdi has moved to sell under a bridge in Hargeisa. 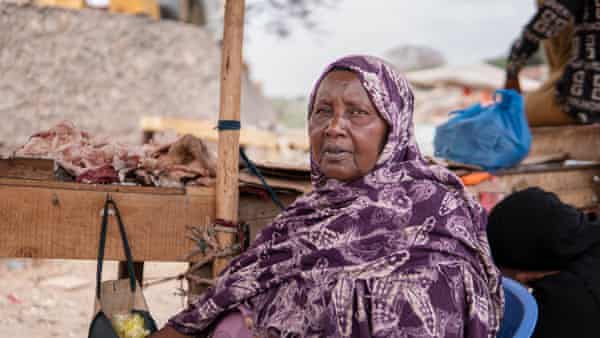 “Before, we sat comfortably selling our goods and now we are outside in the sun, with no shade. We are sitting in between the rubbish and our feet are swollen from standing up all day.”

Yurub Omar has also moved under the bridge. She used to sell bananas and now sells salt and ground coffee. Nimco Husein Abdi owned a business and sold bedding, clothes and more. Her customers paid in instalments. “All my things are gone. I still haven’t paid my rent but if me and my children are alive, we have to thank God. I’m just sat at home most of the time because there is nothing for me to sell. But today, I came out to see if I could find some food for my children from my friends.”

She lost everything in the fire but says her business had already enabled her to buy a house and land. “We have lost a lot but our efforts from the last 30 years will help us survive this moment. We aren’t completely empty-handed.”

At an event organised to raise support for the women affected by the fire, organisers asked people to put politics aside and focus on how to help rebuild lives.

“We need to help the girls and mothers of Somaliland, especially focusing on those who are small business owners. There are people who will not even be able to afford to eat after this,” Khadra Aadan, one of those affected by the fire, says.

“It’s not enough for us to just feel sympathy for these women, we need to act quickly now.”