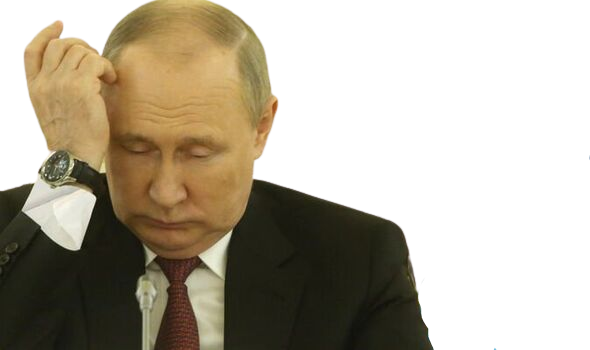 Christopher Steele, a former intelligence officer within MI6—the foreign intelligence service of the U.K.—ran the agency’s Russia desk between 2006 and 2009. “Certainly, from what we’re hearing from sources in Russia and elsewhere, is that Putin is, in fact, quite seriously ill,” he told Sky News.

“It’s not clear exactly what this illness is—whether it’s incurable or terminal, or whatever. But certainly, I think it’s part of the equation.”

Steele did not elaborate on who his sources were.

Steele is known for the Steele Dossier, a report that surfaced in January 2017 containing allegations of ties between Russia and the now former U.S. president Donald Trump.

His claim about Putin’s health is the latest rumor amid a storm of speculation regarding the Russian leader. Ukrainian military general Kyrylo Budanov also told Sky News that Putin is in a “very bad psychological and physical condition and he is very sick.” The general dismissed suggestions he was spreading propaganda.

Putin’s health has come under public scrutiny in part due to claims such as these but also due to a video clips which appear to show Putin looking either shaky or tense.

The videos fueled speculation that Putin may be suffering from Parkinson’s disease, a nervous system disorder that affects movement and sometimes causes tremors and stiffness. But experts in the field of neurology told German news outlet DW they were skeptical.

Putin displayed “no sign of Parkinsonism in my view”, John Hardy, a neurogeneticist at the U.K. Dementia Research Institute, told DW.

Caroline Rassell, chief executive of Parkinson’s U.K., said the condition “can only be confirmed after examination” and that speculation on the matter “is unhelpful.”

There have also been claims that Putin has or has had cancer. On April 1, independent Russian news outlet Proekt Media said that a group of doctors including a thyroid cancer surgeon had accompanied Putin on trips to his Sochi residence from 2016 to 2019.

The report did not directly state that Putin had been diagnosed with cancer or any other illness, though the Kremlin denied that month that Putin had undergone surgery for thyroid cancer according to the Moscow Times newspaper.

An unnamed Russian oligarch was also recorded by New Lines magazine as saying Putin is suffering from “blood cancer.”

What is the U.S. Military Doing in Africa that They Are Not Saying?

Rishi Sunak and the Curious Arc of History