Today, the Republic of Somaliland passed over to a period marking more years than those within a disastrous, unratified merger with Somalia to the south.

Marching past a shaded dais where His Excellency the President, Musa Bihi Abdi, the Speakers of the bicameral parliament, the Chief Justice, the commanders of the different branches of the army, the coast guard, the fire brigade and the custodial corps, the Police Commissioner, Heads of Missions of friendly countries who established representative offices in Somaliland such as Ethiopia, Taiwan, Kenya, the United Arab Emirates, the UK, and Djibouti, and a great number of the country’s leaders watched, Somaliland paraded another unmistakable statement reiterating its determination to go on its chosen path to restored sovereignty.

Tens of units of civilian organizations, students, trade unions, representatives of business concerns, and civil servants marched past a proudly waving president who could not contain his pride.

Their statement was crystal clear: No matter how long the world studiously looked the other way, they were there to force it back to the reality of Somaliland’s existence and its positive contribution to regional stability as an oasis of peace and development in a region fraught with extremism and conflict.

Corps of National Service trainees came next acting as advance units to the spectacular march of the different branches of the army, police, custodial corps, coast guard, fire brigade, and the security services. These were closely followed by mechanized units representing the marching units and their different calls in the national security apparatus.

The 31st anniversary of the date the Republic of Somaliland was formed in 1991 was different, too, in that the celebration started days before the actual day arrived. 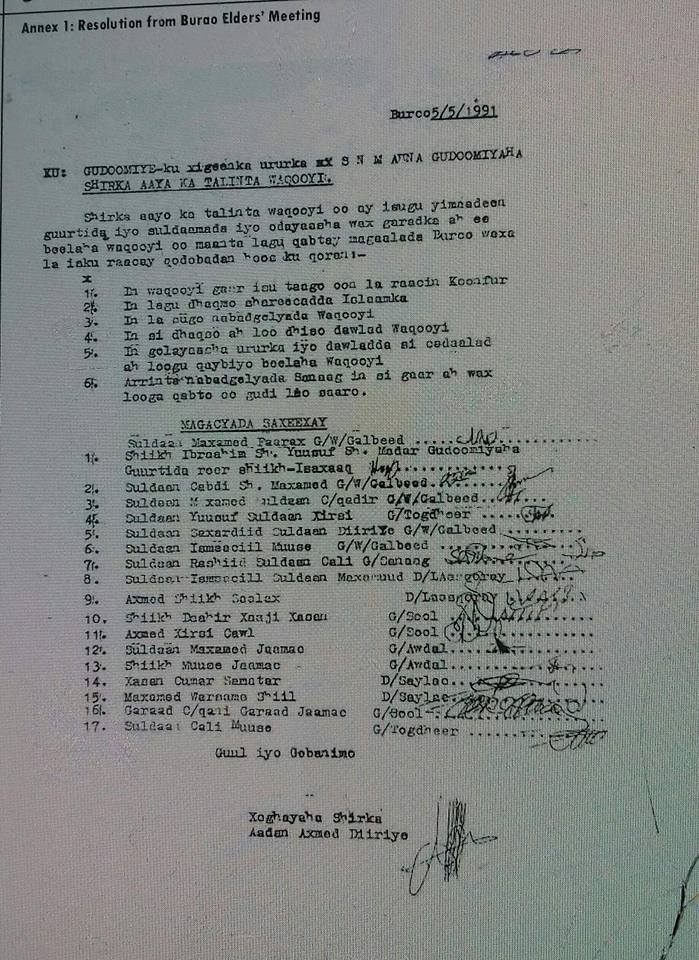 Thousands of people most of whom were born in freedom under the Somaliland flag brought city streets across the country alive with music and dancing, day and night.

In Hargeisa, for instance, the whole of the city center turned into a public square where loudspeakers blared music from live bands and played 18-May-related uplifting songs from 6:00 a.m. to long past midnight for over five days. Traffic either tortuously crawled past or made detours to avoid the thickly packed, joyously exuberant revelers.

The week-long May celebrations culminating in Wednesday’s highly colorful commemoration starkly contrasted where it all began in the early ’90s when the country was not even able to afford to buy uniforms for its ragtag, demobilized army units. The contrast further highlighted Somaliland’s determination to survive against all odds. 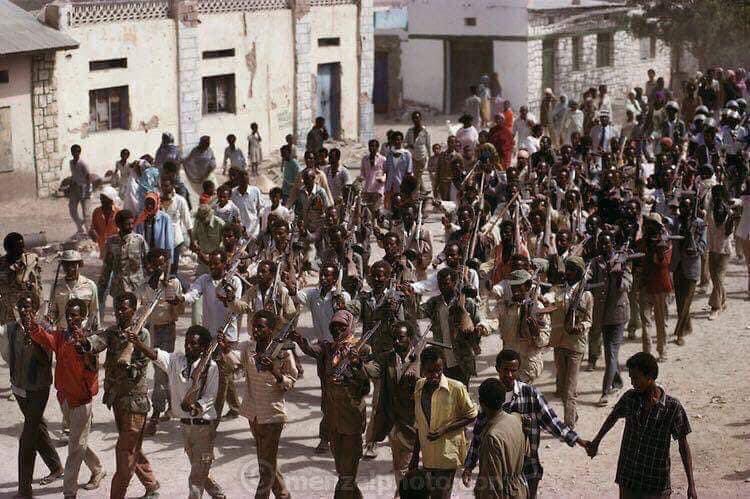 in 1960, unseasoned Somaliland politicians rushed a country that was only five days free from under the British Protectorate flag to Mogadishu in view to lead other Somali-inhabited territories by example to form what was to be the Greater Somali Republic.

Somaliland got short-changed for its pains. The Act of Union it drafted was sent flying out of the window by Somalians. Nor was a substitute tabled leaving the ratification hands to a vote by raising hands in an assembly that was two-thirds Somalian, to begin with.

And so the Presidency, the premiership, the foreign ministry, the high court, interior, defense, the army, and police chiefs all went to Somalians leaving Somalilanders with three junior ministries one of them held by the Prime Minister who led Hargeisa to Mogadishu.

Immediately afterward, Somaliland-born junior officers in the different branches of the army and the police attempted a coup to wrench their lost country. They failed. Most of them were immediately sentenced to death by a Somalian Kangaroo court although the sentence was later commuted.

In the same year, 1961, a referendum was organized where Somaliland voted ‘Naye’ to the union but was, again, ignored as rigged Somalian votes were said to have overwhelmed the result. Since the fate decided was that of Somalilanders, the fact that Somalians were included in the referendum was designed to stifle the lesser-populated Somaliland regions.

It all ended with the brutal army of the Somalia military dictator, Siyad Barre, bombarding major cities in Somaliland in the late 80s using both artillery and fighters of the airforce.

in 2022, Somalilander youth – and of all ages – again vibe a resounding ‘NO’ another misguided blunder even if it lasted all of their lifetimes and beyond. It wasn’t by any mistake that revelers aptly chose a site where when the mirage fighters that raised Hargeisa to the ground was mounted.