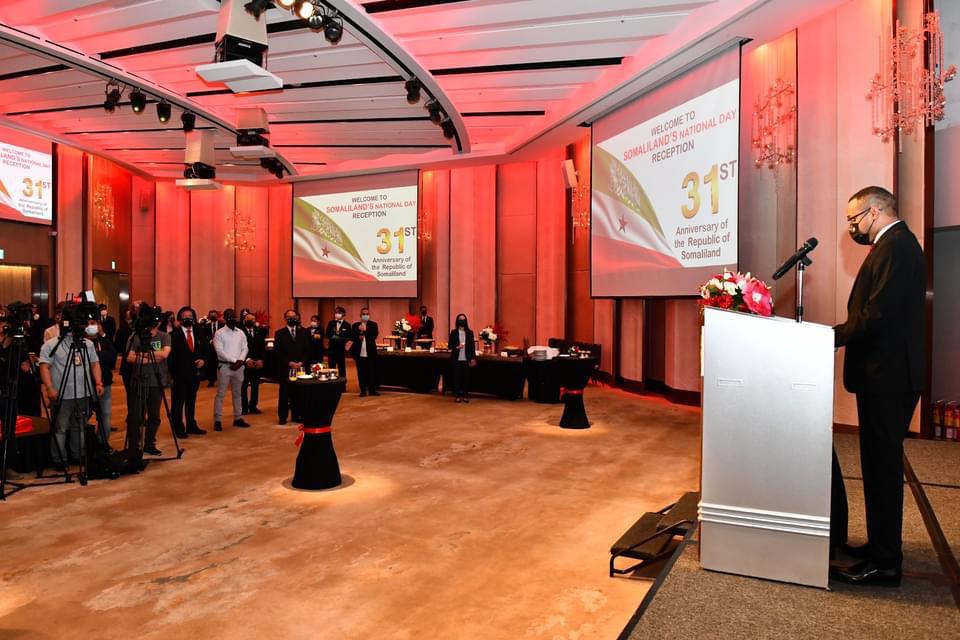 The Republic of Somaliland Representative Office in Taiwan held a reception to celebrate the 31st anniversary of the Republic of Somaliland on May 20, 2022.  Around 120 guests from the government, business, media, diplomatic corps, and non-governmental organizations attended the reception. Mr. Harry Ho-Jen Tseng, Deputy Minister of Foreign Affairs of Taiwan, was the guest of honour. This was the first time that the 18th of May celebration of Somaliland’s reassertion of independence was held in Taiwan, as it was not possible last year due to COVID19 restrictions in Taiwan.

This national day reception was a good opportunity to look back at the history of Somaliland’s Road to re-independence in 1991 and the current situation of Somaliland’s development and progress toward a strong, self-sufficient, and stable nation in the Horn of Africa. Mr. Abdiqani Muse, the head of Public Diplomacy in Somaliland’s Representative Office in Taiwan, opened the event by providing background information about the history of Somaliland’s national day and the origins of Somaliland as an independent nation. Mr. Muse emphasized that Somaliland didn’t separate from Somalia on 18th of May 1991 but rather withdrew from an unfair and illegitimate union with Somalia as the two nations were separate and had never shared a central government before 1960.

“The union between the two nations was never legitimate as the people of Somaliland rejected the constitution referendum in 1960 … The union with Somalia has led to Somaliland people 30 years of injustice and marginalization, and 10 years of armed struggle and genocide against our people”

H.E Mohamed Hagi Mohamoud, The Chief Representative of the Republic of Somaliland in Taiwan, extended congratulations to the Somaliland people on the national day event and underlined various key issues in his remarks including Somaliland’s current developments, international relations and cooperation, trade and economic potentials such as untapped natural resources and Somaliland’s strategic location. He said that the year 2022, is a landmark year for Somaliland’s development, a year in which our country intends to reach a historic breakthrough that set aligns with the global agendas which will guide development priorities for a generation. Mr. Mohamed Hagi also revisited the mutually beneficial Somaliland Taiwan relations and confirmed future cooperation toward further developing both countries. He said that Somaliland is grateful for Taiwan’s long-standing development partnership with Somaliland. This includes support for our elections and good governance, expanding Access to Information and Communication Technology, good education, the development of our mining and energy sector, primary health services, and many other areas.

“Remarkably, Somaliland has instituted a vibrant democracy, in which six free and fair elections have taken place since 2001, when our constitution (and our independence itself) was overwhelmingly endorsed through a popular referendum, with 97% of voters in favour. The country’s elected leaders, who have changed regularly through the peaceful transfer of power, are thus backed by a level of popular mandate and legitimacy rare to find in this part of the world. In other words, whether judged in terms of juridical sovereignty or popular sovereignty, the Government of the Republic of Somaliland stands as the sole and rightful governing authority of the Somaliland people’’

Mr. Harry Ho-Jen Tseng, Deputy Minister of Foreign Affairs of Taiwan, congratulated Somaliland on its big day and wished continued bilateral cooperation in the future to deepen the Taiwan-Somaliland friendship. 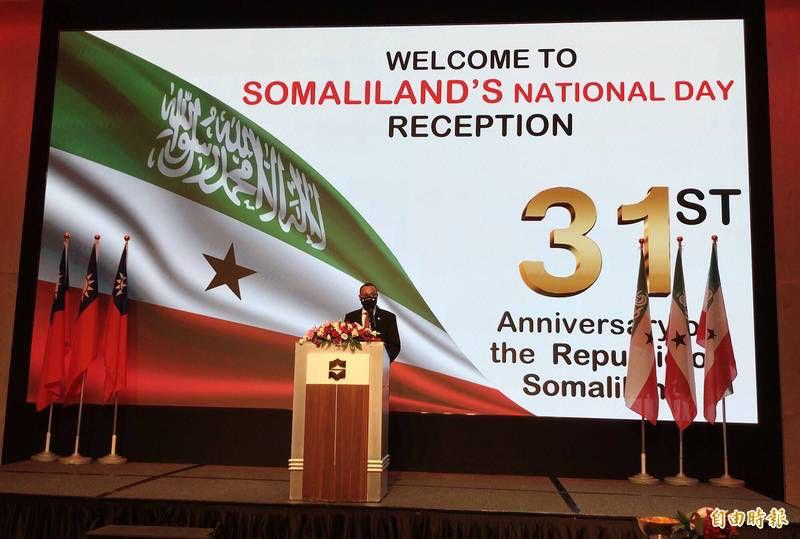 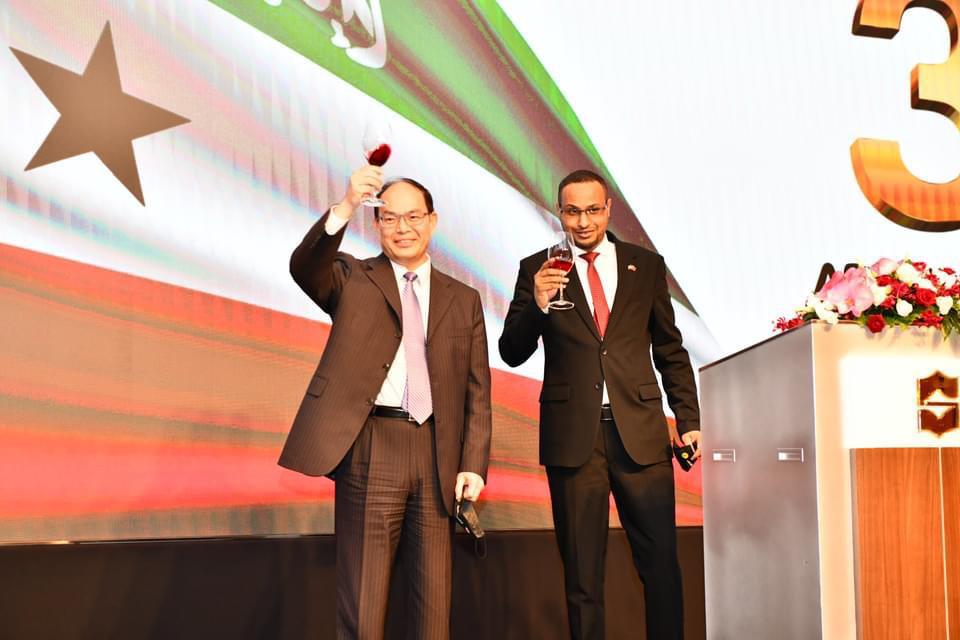 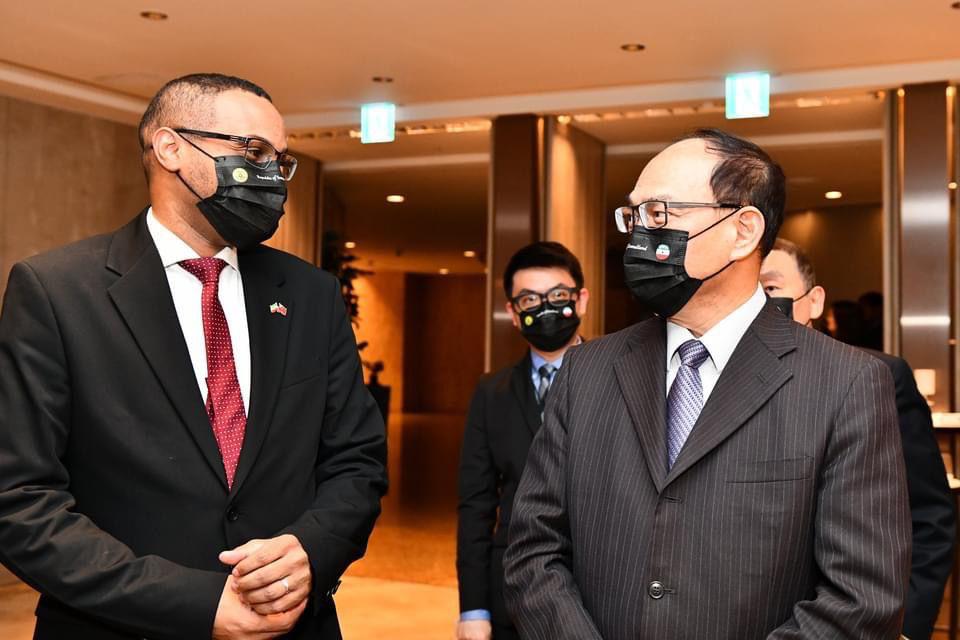