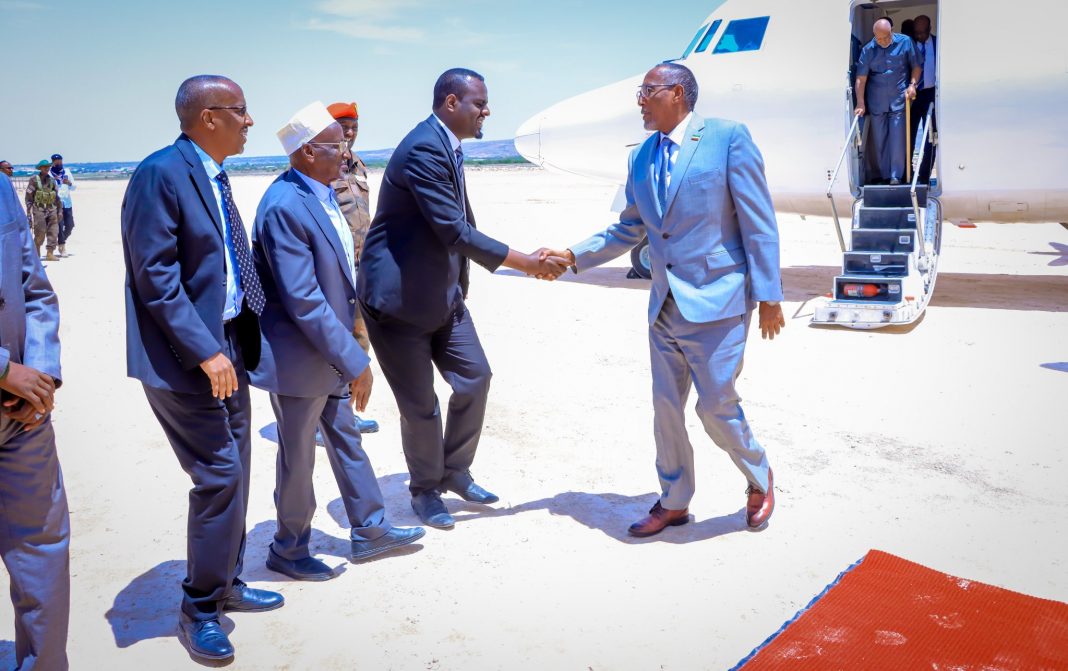 The President of the Republic of Somaliland, His Excellency Musa Bihi Abdi, reached Erigavo, the regional capital of the easternmost region of Sanaag Sunday by air.

President Bihi was accompanied on this trip by the Speakers of the bicameral parliament, Hon. Suleiman Mohamoud Mohamed of the Guurti and Hon. Abdirizak Khalif Ahmed of the House of Representatives, and a number of Ministers and high-ranking government officers.

Primarily, according to official sources and others close to the delegation, the president will attend the closing ceremony of a grand conference of one of the most important clans in the region.

This particular clan has not had both its feet firmly within the Somaliland administrational structures since 1991 but had been more aligned to the neighboring Somalia federal state of Puntland.

This time around, the leaders and prominent members of the clan have gathered in Erigavo where they held a two-week-long conference to decide, among others, how the clan could claim its rightful place among its peers in the government, the armed forces, and security agencies. Right now, none of its members have emerged successful in the 2021 parliamentary elections. But it, instead, elected a good number of councilors in Erigavo.

President Bihi would proceed to cut the ribbon off other developmental projects implemented in the region including the Mit fishing jetty, the Erigavo airstrip, and the 300-kilometer-long road connecting the region to the rest of the country.

Most of the residents in the capital turned out to welcome the president and his delegation lining both sides of the road that led from the airport to the regional presidential palace where the president will set up his office during his stay.

But there were also, among the crowds, handfuls of rowdy, whistle-blowing protesters who, apparently, wished to convey their displeasure with the President’s leadership and his current tiff with the opposition parties.

Area-wise, Sanaag is estimated to be about 40% of Somaliland.