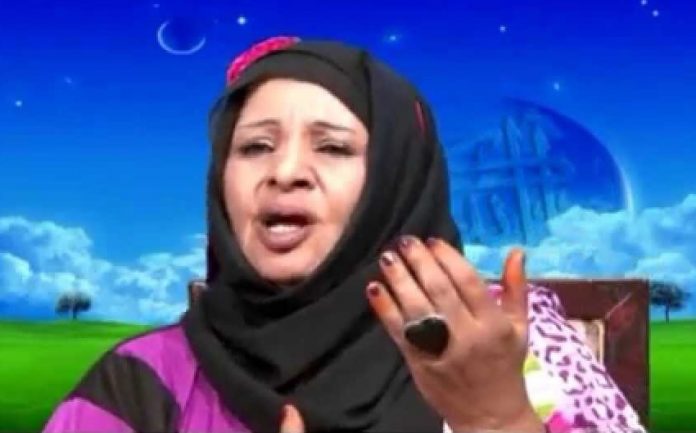 Khadra Dahir Eggeh, one of the most famous Somali singers in modern history, passed away at the International Hospital and was laid to rest in Hargeisa Saturday.

His Excellency the Vice President of the Republic of Somaliland, the Speakers of the nation’s bicameral parliament, the Chief Justice, the leaders of the two opposition parties, traditional leaders, government ministers and a huge mass of her followers, friends and relatives attended the funeral.

Khadra went into complete retirement more than two decades ago and was, as a consequence, rarely seen on public television since then.

Breaking her silence, Khadra held a contained press conference on June 6 during which she urged all leading political elements to talk peace, maintain peace, lead peace – so to say.

” I urge the government and opposition parties to keep communication lines among themselves open. They must always iron out differences by keeping in mind that peace and stability are the very foundations upon which the modern Somaliland society and its governance rests,” Khadra said.

“Since I settled back in Somaliland,” she continued to point out “politicians had always been locking horns whenever elections Khadra were called. But contentious issues were sooner or later settled through dialogue. I call on all sides not to blow differences out of proportion simply to reach own ends”.

Khadra did not mince words at all addressing youth and their part in keeping Somaliland safe.

“Youth have a role to decide their future. But only through peaceful, constructive means. They cannot be used as war fodder nor can they be called to partake in destructive demonstrations,” she said urging leaders to spare youth from their wrangles.

“Leaders cannot work up youth temper to heights that can tip the balance of peace and again call them to the streets. Incensed youth can do anything. They must be coached to responsibly decide on critical issues, to participate in politics as tomorrow’s leaders,” she said.

Listening again to this rare press conference which preceded the disturbing scenes of 9 June and how clumsily the government handled the demonstrators, one is struck at the clairvoyance in Khadra’s words.

Khadra was a prolific singer and actress. One can safely say she was on the top of the list of leading Somali artists.

Born in Hargeisa in 1959, Khadra joined the Somali professional artiste group of Waberi in 1974.

Khadra was an garden supporter of Somaliland restorations of its sovereignty and statehood.

Below is a video outlining her career and history in Somali.