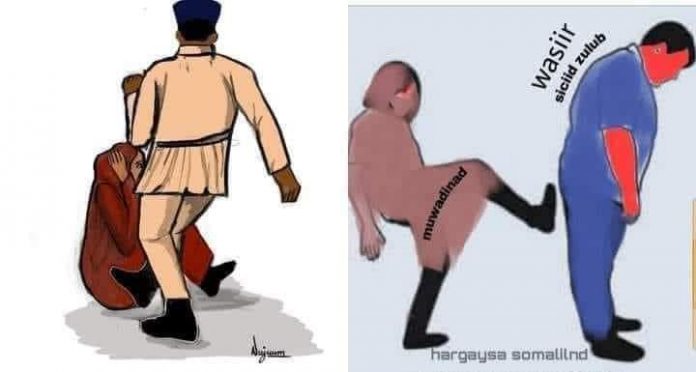 Shirtless mourners wearing red bandannas around their heads greeted the Somaliland Minister for Animal Husbandry and Fisheries, Saeed Sulub Mohamed, with a barrage of stones as soon as he arrived at the sight of a funeral for three protesters who lost their lives during the 11 August violent demonstrations in Hargeisa.

Minister Sulub, one of the most powerful ministers in the current ministerial of President Bihi’s government, obviously, did not expect such fury and barely made an escape after elders and other responsible citizens at the funeral engaged the attackers. A melee developed and attackers beating several other sympathetic participants could be seen in several places.

Women, who, traditionally, did not attend funerals and were barred from near where loved ones were to be laid to rest, could be heard shouting in tearful, high shrill voices ‘Kill him!’ Kill Saeed Sulub!’

Others echoed the cries calling for the killing of the minister all the while raining stones on them all, repeatedly calling ‘Son of a dog (bitch)!’ ‘The Son of a dog!’

Police bodyguards accompanying the minister started firing in the air to discourage and disperse angry gangs of young men and women swarming over the minister and his escort.

Following the fracas at the funeral, Minister Saeed held a press conference, blaming the incident on the leaders of Waddani party.

“As soon as the leaders of Waddani arrived at the funeral they signaled organized gangs and hooligans ready at the site to start attacking me,” he said.

“It was an organized attempt at my life,” he added.

The Minister departing from the decorum his office demanded, turned the incident into a clan confrontation.

“People know each other pretty well around here. The people who attacked me belonged to (presidential candidate-cum-former Waddani leader/Founder) Abdirahman Irro’s sub-clan. It is now between his and mine (clan),” he said.

The Minister and the candidate belong to the same general clan but of two different phyla/sub-clans.

The government agreed to pay for the funeral and compensate bereaved families for their loss. 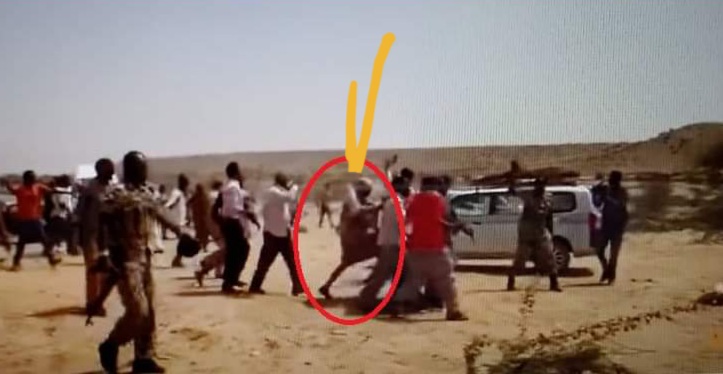 On a lighter mood, artists juxtaposed a scene from today’s confrontation where a woman booted the minister in the butt and another where a police officer was caught on film kicking a woman who fell on the ground during the earlier 9 July demonstrations in Hargeisa. The artist wrote underneath ‘ O men! It is women’s turn. Take it cool!’ 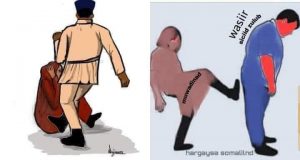 Officially, the government admits that five people lost their lives to police fire during last Saturday’s opposition rallies in the towns of Hargeisa, Burao, and Erigavo. At least two of the fallen were not active participants.

Other accounts put deaths caused directly or indirectly by the protests at 7. 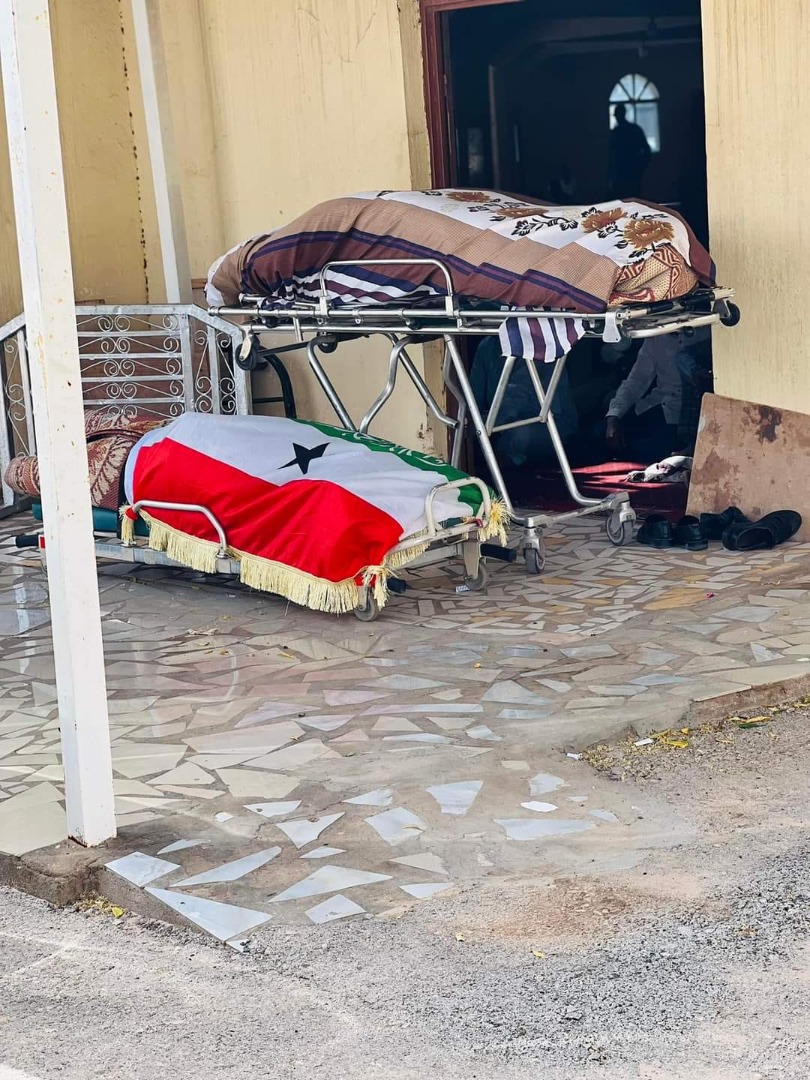