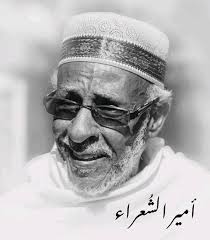 “Call him a thinker, a philosopher, an intellectual, a revolutionary, a critic, a teacher, at every turn in the checkered history of his homeland, Hadrawi has delighted his people with his striking poetry, and his clarity of vision, speaking truth to power when the occasion demanded, joining the guerrilla movement to fight in the trenches ……………..  By KHAINGA O’OKWEMBA (published in Somaliland Sun 08/01/2006)”

I was fortunate to have met Mohamed Ibrahim Warsame (Hadrawi) in the early years of my schooling. It was in Aden, now Yemen, which was a British colony at the time. He was the first teacher to teach me the ABC of the English language. Exactly a decade later, this time in Somalia, I was fortunate again to learn from him the poetry and prose of the Somali language. He was our beloved teacher of Somali literature during some awesome seasons at the College of Education (Lafoole). Blessed to have had him, Hadrawi did his level best to share his talent with us, students. In the early days of his prominence, listening to his narration of “Hooyo” and  “Beledweyn” and his descriptions of the episodes that led him compose those two masterpieces, proved to us not only his impeccable choice of words but also his command in storytelling. We sat in class motionless, gazing with wide-open eyes and pondering. The forty-five-minute period with Hadrawi was a break from the other arduous subjects. Explaining to us the ins and outs of the ‘Siinlley’ collections that created many controversies was the enlightenment we gained from the School of Hadrawi. Sessions with him, in and out of class, ended with stanzas, rhymes and verses ringing in our ears. Dubbed the Shakespeare of Somalia, some even went further to name him the Shakespeare of Africa, Hadrawi showed to be a legendary Somali poet, playwright and songwriter. His superbly memorable plays “Aqoon iyo Afgarad” and “Tawaawac” are unquestionably superior to Hamlet, Odyssey, the Iliad and the many other highly acclaimed epics of the world. No doubt, he could have surpassed many notable literary figures if given the opportunity of exposure in international circles and he could have easily won the Nobel Peace Prize in literature if his works were closely studied and accorded the platform it deserved. Apart from a unique talent, some opportunities that made Hadrawi different from his peers in the field of literature were his travels and knowledge of different languages. Educated in a prestigious high school in Aden, he excelled in the Arabic and English languages and closely read the works of many foreign literary giants. Al Mutanby, Umru Alqais, Ahmed Showqi, Abul Qaasim Al-Shaabbi, Shakespeare, Milton, Shelly and Keats were some of his favourites that he at times referred to.

His poetry brilliantly encompassed many themes. It covered love, peace, revolt, nature, beauty, wisdom, nationalism, and many other fields. Enriched with powerful and descriptive words and expressions, his poetry was translated into many languages. Be it metaphor, hyperbole, simile, paradox or irony, and the many other parts of the figurative language, not only did he extensively employ them but perfected them all with style. The poetry of Hadrawi was admired throughout the Somali-speaking regions and beyond. Intellectuals, academics, traditional poets, and students of literature, all agree that Hadrawi was an icon of Somali poetry and shall be remembered as such forever.

Known for his good character, Hadrawi was far from arrogant. He was not full of himself. Humble and humane he was, that at times you saw him listening for hours long to destitute fellows that needed his help. He provided whatever assistance was at his disposal to alleviate the suffering of anyone he crossed paths with.  In particular, he was more sensitive and responsive to the needs of children, respected women, and advocated for the marginalized sectors of society. Hadrawi abhorred condescending attitudes and in an era of tyranny and ruthless rulers, he was the unwavering voice that rejected and exposed the ills of dictatorship and the repugnant acts of repression that were perpetuated by the brutal oppressors. He was modestly self-effacing but assertive when a challenge is due. He was peaceful but vigorous. When others were in melancholy and sadness, Hadrawi was always the uplifting one.

The Hadrawi Peace March (Socdaalkii Nabadda) in 2003 from Hargeisa to Kismayo was an example of the peace-loving person that Hadrawi was. He rose to the occasion when stability was out of hands in Somalia. The regions he covered and the people who received him in every settlement, village, and town illustrated how the Somali people, from all walks of life, admired and respected him.

Abu-Hadra, which was his correct nickname, will always be in our hearts and minds. In this time of sorrow, my deepest sympathy goes to his immediate and extended family and the millions out there who admired him for the person he was. We ask Allah to forgive him and rest his soul in peace- Amiin.

“ Surely we belong to Allah and to Him shall we return”