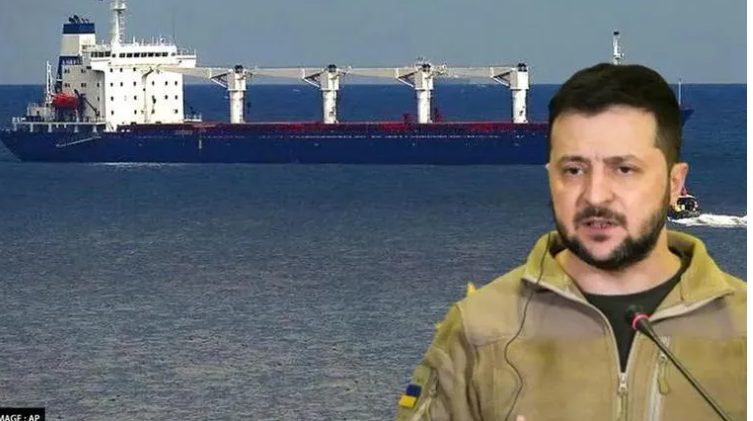 A fleet of nearly 13 ships which are carrying over 280,000 tons of grain and agricultural products departed Ukraine’s Odesa ports on Sunday, September 4

As the ruthless war in Eastern Europe continues unabated, the Ukrainian Ministry of Infrastructure stated that a fleet of nearly 13 ships which are carrying over 280,000 tons of grain and agricultural products departed Odesa ports on Sunday, September 4.

According to a Facebook post from the Ministry of Infrastructure of Ukraine, Ukrainian grains and agricultural products are transported to 8 countries around the world. The ministry even noted that it is considered to be the single-largest cargo of agricultural products to leave war-torn Ukraine since the nation mediated an export agreement with Russia, the United Nations, and Turkey on July 22.

Besides this, as parts of East Africa are severely suffering from fatal drought and violence, the first ship containing grain from Ukraine for people in the world’s poorest countries has recently landed at the Horn of Africa port of Djibouti. It is pertinent to mention that the bulk carrier ‘Brave Commander’ was organised by the UN’s World Food Programme (WFP) as the first ship since Russia started its assaults on February 24. The WFP also announced that Yemen had received the second consignment of emergency food aid on August 30.

Ukraine delivered grains to the Horn Of Africa

According to the Associated Press report, food security experts described it as ‘a drop in the bucket’ compared to the enormous requirements in Ethiopia, one of the worst-affected Horn nations, as well as Somalia and Kenya. This first consignment of grain will be transported overland to northern Ethiopia. According to the WFP, the 23,000 metric tonnes of grain on the first ship are sufficient to feed 1.5 million people for a whole month on full rations.

After Russia’s unlawful invasion of Ukraine, Moscow effectively closed down the Black Sea ports, and Ukraine mined the region to deter Russian attacks. Since Ukraine is a major supplier of grain, the cost of these essential items skyrocketed, making it inaccessible for millions of disadvantaged people who were experiencing severe hunger.  Commercial ships were prohibited from entering the ports which are used to export grain from Ukraine.

Since Russia and Ukraine are two of the largest grain exporters in the world, the embargo had increased grain prices. Ukraine could not export its grains and other agricultural goods as a result of the blockade, and Western shippers and insurers were hesitant of signing contracts with Russians for fear of breaking US and EU sanctions, as per media reports.

After more than two months of diplomatic work by the UN and Turkey, a deal was also achieved that said port infrastructure and ships would be safeguarded from hostility. On July 22, multilateral agreements were signed in Istanbul on the lifting of export restrictions on Russian commodities and Moscow’s assistance in transferring grain from Ukraine.