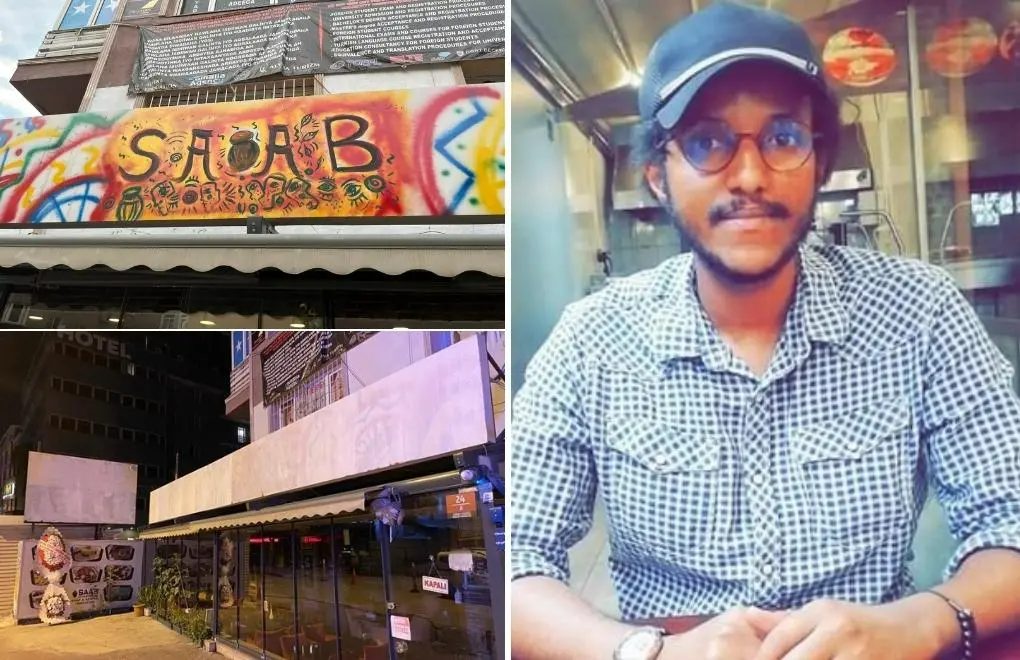 Mohamed Isse Abdullah, a Somali restaurant owner living in Ankara, was detained on Tuesday for deportation despite being a legal resident of Turkey, Turkish media reported.

Abdullah is currently detained at a repatriation center while his lawyers appeal the deportation decision to the Constitutional Court. According to his lawyers, if he is sent back Abdullah will be prosecuted or even killed in Somalia.

Peoples’ Democratic Party (HDP) Ömer Faruk Gergerlioğlu urged authorities to release Abdullah from detention, emphasizing that deporting him would pose a risk to his life.

The police closed Abdullah’s restaurant and pulled down its sign.

Abdullah had been receiving pressure from the local police to close his restaurant for the past year. Opposition politicians visited him to show solidarity and support. Mustafa Yeneroğlu, a deputy from the Democracy and Progress Party (DEVA), posted a picture with Abdullah on Twitter in May and said the pressure he was facing from the police was “embarrassing.”

“I have been fighting against racism and xenophobia for the past 25 years,” he said. “I feel it’s my duty to say that there are some police officers at Ankara’s Çankaya police station who have vowed to rid the district of migrants. These police officers are disturbing restaurant owners and customers by carrying out random raids, yelling at the owners and intimidating the customers.”

Yeneroğlu added that the pressure began after the Sözcü daily targeted migrant-owned restaurants in Ankara, saying the “center of the capital city had become Somalia.”

“Businessmen and asylum seekers from Somalia have turned two streets in Ankara’s central district of Kızılay into their own country,” Sözcü said in a tweet sharing its report.

After the report, a mob broke into a Somali restaurant and attacked its employees.

Turkey hosts the world’s largest number of refugees, 3.7 million from Syria granted temporary protection status and over 400,000 refugees and migrants from Afghanistan, Iraq and other countries.

However, according to MEP Tineke Strik, Turkey cannot be considered a safe country for migrants and asylum seekers because it is not bound by the refugee convention when it comes to non-European refugees.

Hate crimes against refugees and migrants, who are blamed for many of Turkey’s social and economic ills, have been escalating in the country in recent years.

Turkish media including pro-government and opposition outlets fuel and exploit the flames of hatred against people who fled their countries and sought refuge in Turkey.