SomTribune
Home World News/International Conflict/Crime Somalia’s Strategy for the War Against Al-Shabaab Will Condemn the Country to... 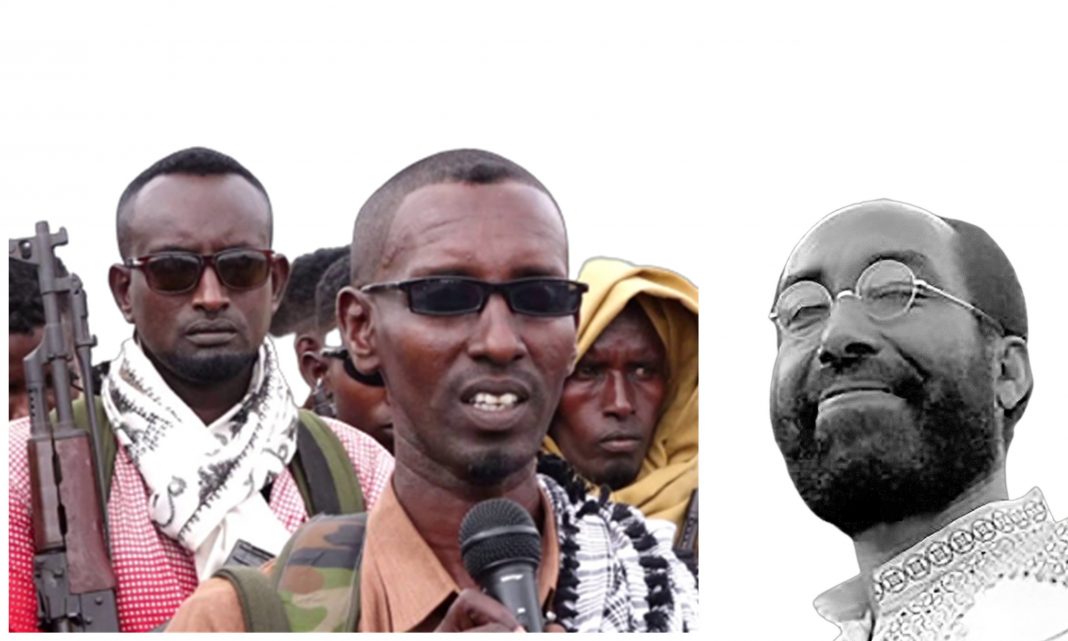 To call for tribal groups to arm themselves and fight al-Shabaab without a national civic pact and credible national leadership repeats the mistakes of the 1980s and 1990s, and may yet usher in decades of internal conflict after al-Shabaab is defeated.

Al-Shabaab has committed atrocities and stolen the future of two generations of Somalis through its terror and nihilistic strategy. It is time to take the war to it, but the new Somali leadership is playing with fire by deploying the same divisive strategy that ruined the country in 1991.

Somalia has suffered multiple calamities for the past four decades: state collapse, prolonged civil war, the tyranny of warlords, three major famines in the last three decades, and the cruelty of al-Shabaab.

For fifteen years, the US, UN, EU, and the African Union have spent billions of dollars to conduct a conventional military strategy to defeat terrorists. The only achievement of this effort was to push the terrorists out of Mogadishu and some of the major settlements without neutralising their effective and lethal reach.

On 29 October 2022, al-Shabaab massacred about 150 people in the heart of Mogadishu and it continues to tax all businesses in the capital and elsewhere to finance its operations.

The African Union’s (AU’s) superiorly financed and well-armed military force in southern Somalia has made few advances against al-Shabaab for almost a decade and appears to be struggling to hold on to earlier gains. In addition, American drone attacks on terrorist targets have not degraded the group’s lethal killing machine.

Finally, the disorganised and poorly resourced Somali security forces have shown little mettle to dislodge al-Shabaab. My experience in Mogadishu over the last two years has convinced me that the current strategy has utterly failed to eliminate al-Shabaab. Consequently, people in southern Somalia do not trust the government, its allies, or the terrorists and live in limbo.

Somalia’s Parliament elected a “new” president in May 2022. Hassan Sheikh Mohamud was the country’s leader from 2012 to 2017. Eager to inject energy into a rudderless state, he declared a new campaign against al-Shabaab within three months of his election. His new strategy has come in the form of declarative statements via the media. Previously, the task of fighting al-Shabaab was the purview of the Somali military and the African Union force. Still, the president has told “tribal” communities to arm themselves and liberate their “territories”.

The idea of communities arming and defending themselves emerged after the terrorist group invaded a settlement in the Galmudug province of north-central Somalia in 2021. The community repelled the attack, to everyone’s surprise, and al-Shabaab suffered heavy losses.

This incident egged on the president that al-Shabaab might be vulnerable to collective action. But he has not shared his strategy with Parliament. Further, he has yet to articulate a clear division of responsibilities between the tribal militias, the national military, and the AU force.

Such a vague plan is particularly dangerous given that the country is still recovering from a prolonged civil war which has segmented Somalis into sectarian tribalistic fiefdoms (glorified as federal states) without a trusted national leadership and defence establishment. Particularly alarming is that recruitment and promotion in the defence forces is based on an insidious tribal formula that fuels distrust within the force.History punishes those who fail to heed its lessons

Mobilising balkanised tribal communities for war against al-Shabaab mimics the conditions that precipitated the civil war in the late 1980s. Somalia’s military regime had become renowned for its political tribalism and cruel suppression of political dissent.

Several opposition groups rose to oust the regime from power, but they failed to unite on a common political platform. Each group was organised along tribal lines. For instance, the earliest resistance group, the Somali Salvation Democratic Front (SSDF), came from the country’s north east.

At the same time, the Somali National Movement (SNM) and United Somali Congress (USC) originated from the north-central and south-central regions respectively. Each movement drew its leaders and members from its genealogical camp. Two issues were central to each group’s agenda: remove the regime from power and take control of the country without sharing a common agenda with other resistance movements.

The regime’s downfall accelerated once it indiscriminately used the country’s air and ground forces to bomb the second and fourth-largest cities to dislodge SNM. Hargeisa and Burao were destroyed, and thousands of innocent people were murdered.

These cities’ destruction superficially gave the regime a sense of victory, but the regime’s cruelty compelled other rebel groups to push for the dictator’s downfall. Fragmented along tribal factions and with no common national agenda, the USC made the final assault on Mogadishu and forced the dictator to flee the presidential palace in 1991.

Soon after the regime’s collapse, an insidious conflict emerged in Mogadishu between the different factions of USC while the SSDF confined itself to the north-east region of the country.

The struggle for the presidency within the USC culminated in the nastiest civil war that destroyed the capital city and all public infrastructure. Hundreds of thousands of people perished, and others fled Mogadishu for their ancestral regions. This madness completed the destruction of the Somali capital and initiated almost three decades of civil war and deep social and national dislocation.

First, the south has been balkanised into a tribal federation with few vestiges of a civic and national ethos. Second, Somaliland continues to claim to be a separate country, and the elite from the south of the old republic have yet to offer a prudent civic vision for the country that would attract the renegade region. Third, political representation in the federal government is based on tribal identity rather than inspiring political ideals. Thus, the president represents a particular group, as do the prime minister and MPs. This means that the political order and authority in the country are deeply segmented and not trusted.

To call for tribal groups to arm themselves and fight al-Shabaab without a national civic pact and credible national leadership is tantamount to repeating the mistakes of the 1980s and the 1990s that may yet usher in decades of internal conflict after al-Shabaab is defeated.

An alternative to this rabbit hole is for the president to cease pretending that he has public trust. Instead, he should begin rebuilding his credibility as a national leader by acting on four issues. First, the PM and cabinet need to be replaced to bring on board a competent cadre of Somalis who can inspire the public and engender faith in politics. It is widely known that the current prime minister and his ministers were appointed as a facade allowing the president to be the executive authority rather than the head of state as the provisional constitution dictates.

Second, the new cabinet can prioritise rebuilding a professional and integrated national police and defence force within the next two years. In the meantime, the new prime minister and his team can seek more support from international allies to secure Mogadishu and liberate its denizens. A liberated Mogadishu will inspire the rest of the country.

Third, the people of the capital must be allowed to elect their mayor and city council within a year to signal the dawn of a new era. And finally, while the new PM and his team are engaged in this work, the president can devote much of his energy to securing food supplies for the famine victims.

Failing to heed the urgency of this agenda could condemn generations of Somalis to perpetual hell.