SomTribune
Home Social Issues JOINT STATEMENT BY HEADS OF MISSION ON DISAPPEARANCE AND MURDER OF KENYAN... 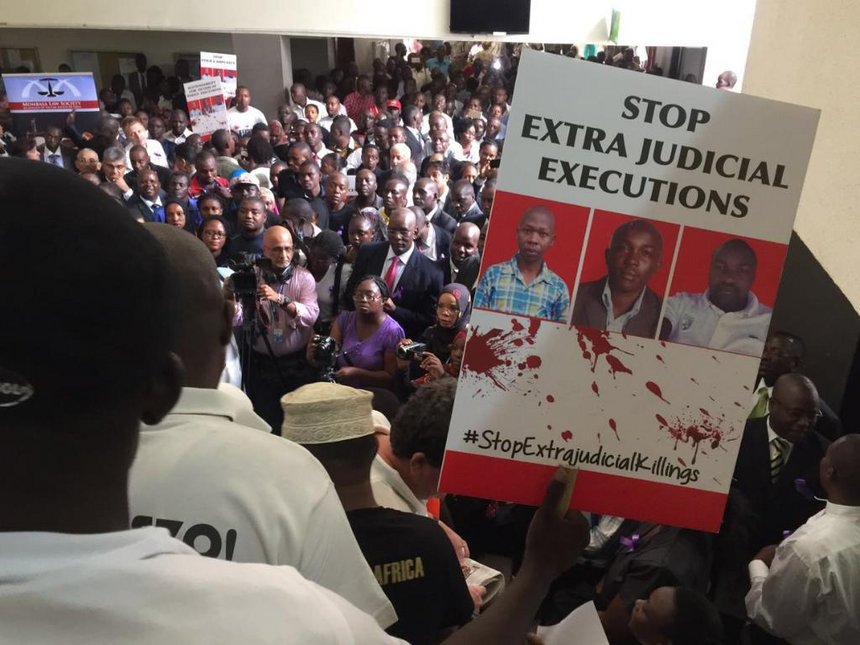 “We are deeply concerned by the disappearance and murder of Willie Kimani, a lawyer and investigator working with the U.S. non-governmental organization International Justice Mission (IJM), along with IJM client Josephat Mwenda, and IJM driver Joseph Muiruri.  The three men went missing following their appearance at proceedings in a Nairobi-area courthouse on June 23.  We are deeply saddened to hear of the discovery of three bodies on June 30 that IJM has confirmed are their missing colleagues.

We understand the National Police Service (NPS) is diligently investigating the situation and working to confirm the identities of the bodies.  Our diplomatic missions have offered law enforcement assistance to the Government of Kenya in this matter.  Human rights defenders play a key role in promoting human rights and strengthening the rule of law, and we are committed to supporting their work and protecting them.

The individuals responsible for these crimes must face prosecution regardless of whether they are private citizens or members of the NPS.  Holding police officers accountable for violations of human rights and other forms of misconduct is vital to end impunity in the police service and to establish safety and security for all Kenyans.”

This statement has been issued by the following Heads of Mission in Kenya:

Ambassador of the United States

Ambassador of the Netherlands

High Commissioner of the United Kingdom