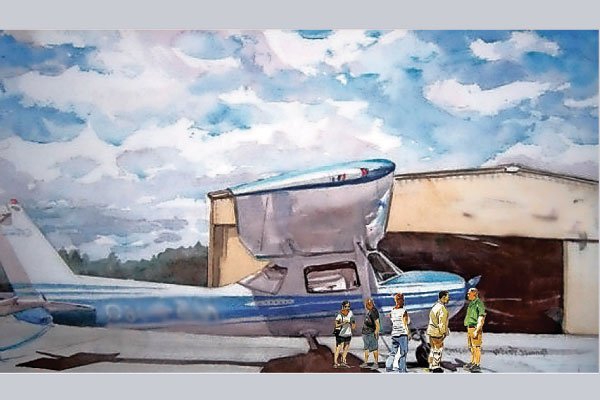 The back cover of my autobiography, titled ‘Nothing but the Truth’ published by East African Educational Publisher in 2002 aptly recites the psalm of my life, distilled from over half a century of surgical practice.

It states, ‘My multiracial surgical practice gave me the unique opportunity to enter not only the bodies, but also quite often the hearts and minds of people from different races, religions, social and cultural backgrounds.

Operating on them, I soon realised that in all cases the blood is red, the muscles are brown, the retina is black and the bones are white. Only the packaging is different and the wrapper is no indication of the quality of its contents!’

Into this multi-ethnic medley entered the Somali community after the ‘Shifta’ war was over. For those not conversant with our recent history, a brief historical background will help to put the matter in its proper perspective. Before Kenya attained its independence, it faced two territorial issues.

One was the 10-mile coastal strip which belonged to the Sultan of Zanzibar. But that was resolved by Britain before granting us or Uhuru. The other was more difficult; the north-eastern border of Kenya was claimed by Somalia as its territory and we inherited the problem because the colonial power could not resolve it.

However, after a few months of border violations and cross-border excursions by Somali shiftas into our territory, as they were known, African diplomacy won the day and Kenya and Somalia have enjoyed good neighbourly relations since then. As culmination of this peace though not connected with it in any way, we as a family of four were invited to visit Somalia in July, 1969.

Reverting back to my original theme, since peace was restored on the border, Somali patients started coming to Kenya as medical tourists, as did many patients from neighbouring countries like Ethiopia, Uganda, Tanzania, the Congo, Rwanda and Burundi. The term, ‘medical tourism’ was not coined yet, but they came in large numbers because Kenya was considered an island of peace in a turbulent sea, and also it had medical resources, certainly in the private sector.

I was a beneficiary of this new influx as were my other professional colleagues. That is one of the many reasons we find it irksome when Kenyan patients go to other countries for treatment of diseases that can be easily treated here. There are many advantages in seeking treatment at home even if it is cheaper to be treated elsewhere, a reason put forward by patients who go overseas, especially to India, for conditions which can be dealt with here without in any way compromising the quality of its management.

The hassles of travel these days, staying in a foreign country with dietary differences, different language, no easy access to relatives and above all rushing to the country where treatment was carried out in case of complications are some of the drawbacks.

I am digressing again. Reverting back to Somalia, prominent amongst my patients was Yassin Noor Hassan, the Home Minister of Somalia and his wife, Marwa. Enjoying the amenities of Kenya, they became frequent visitors to our beautiful land and our good friends.

As a colonial legacy, the general hospital in Mogadishu was run by the Italians and Yassin often asked me to visit Somalia and advise his government on how to reorganise and improve medical services of his country. I did not realise how serious he was until I received an official invitation to their ninth Independence anniversary on July 1, 1969 as a state guest.

Attached to the invitation were four return tickets to Mogadishu for me, Marie, our daughter Jenny, then five, and son, Jan, aged two. There was also a week long proposed itinerary which included sight-seeing, visits to various parts of the country and hospitals for my approval.

Our first two days were spent in Mogadishu, where the official independence celebrations were held. The city was beautifully decorated and illuminated for the occasion.

At the ceremony, we were given a place of honour in the VIP enclosure, next to the presidential dais from where President Shermarke read his message to the nation and took salute from the armed forces, Boy Scouts and the popular folklore groups. It was very similar to our Jamhuri and Madaraka celebrations. Not far from us sat the official Kenya delegation, headed by Fritz deSouza, deputy speaker of the National Assembly.

Late in the afternoon, Yassin took me to meet the President. I was highly impressed by his simplicity and modesty. He wore an old cotton suit, a little frayed at the collar, and a thinly embroidered Somali cap.

By the side of his wooden chair rested his walking stick. His office was equally unostentatious; the floor was covered by a sisal carpet and he sat behind a wooden desk. He spoke softly and expressed great concern for the welfare of his people. He supported his Home minister’s request that I make a survey of the existing hospital facilities in the country and compile a report to show how they could be improved.

He expressed the hope that foreign help would be forthcoming to finance his health programme, a cry of many political leaders I have met. When the formal part of the meeting ended, he asked me to see his daughter, Nadifa, and give my professional opinion. As I took my leave, he presented me with a walking stick, which had the Somali crest inscribed on its handle. It did not escape my eye that it was more embellished than his!

From Villa Somalia, the President’s office and residence, Yassin took me to meet the prime-minister. Egal was a different character altogether. Suave, urbane and flamboyant in an expensive Italian suit, he was supremely confidant. He too expressed a desire that I assist his government to re-organise their medical services. He asked me to visit Somalia on a regular basis to oversee the implementations of my plans.

For the rest of the week, a Cessna plane was put at our disposal to tour the country, and a young Somali pilot from the air force flew us. We first flew to Kismayu, where the beach was so secluded and the sand so unspoiled that as we walked on it, we felt that ours were the first footprints there and we were desecrating nature’s virginal beauty.

At this point, I might as well confess that it was the column of my colleague, John Fox, published in the Sunday Nation of November 19, 2017, about his visit to the same memorable spot in Somalia, which inspired me to dig out the details of our visit to that beautiful country, as it was in 1969.

We also visited Afgoi and Giohar, their two tourist spots and in between, I was given time to visit various hospitals and make notes as a prelude to my report. It was while I was going round the country that I discovered that the two European powers which colonised the country, Britain and Italy, had left their legacies in different parts of Somalia.

Thus Hargeisa, which we could not visit due to time constraint, was reputedly very British. It is now the capital of self-proclaimed Somaliland, which seceded from the mainland after Siad Barre took over the country and ruled by the barrel of a gun until he was deposed.

Two days before we left Somalia, we heard the shocking news that Tom Mboya, our 38-year-old youthful minister, had fallen victim to an assassin’s bullet as he came out of Chhani’s Pharmacy on Government Road, renamed Moi Avenue.

The news was more poignant because we had met Mboya, heard his oratory and seen many press conferences, he had given here and abroad, especially on the BBC. In addition, the late Chhani after whom the pharmacy was named and his wife Moni were personal friends, the latter remaining so to this day. Coming back to the assassination, the unkind remarks made about our tribal politics and our man eat man society did not help to uplift our mood.

At the Mogadishu airport before take-off, Yassin presented me with an eight-piece ivory desk set on behalf of the government of Somalia, suitably inscribed in memory of my visit to their country. Poaching was not prevalent, and so ivory was not banned yet, and the desk set remains my prize possession in my study, where I am writing this story.

On return to Nairobi, I got busy compiling my report but alas (!) before I could send it, on October 15, Shermarke was killed when the military staged a coup and took over a peaceful and beautiful country. And as they say the rest is history!

To complete the account of my unforgettable safari, Egal and Yassin fled the country. Yassin kept in touch with me until his death from an unusual and incurable neurological disease, the sad news conveyed to me by his younger brother Yusuf.