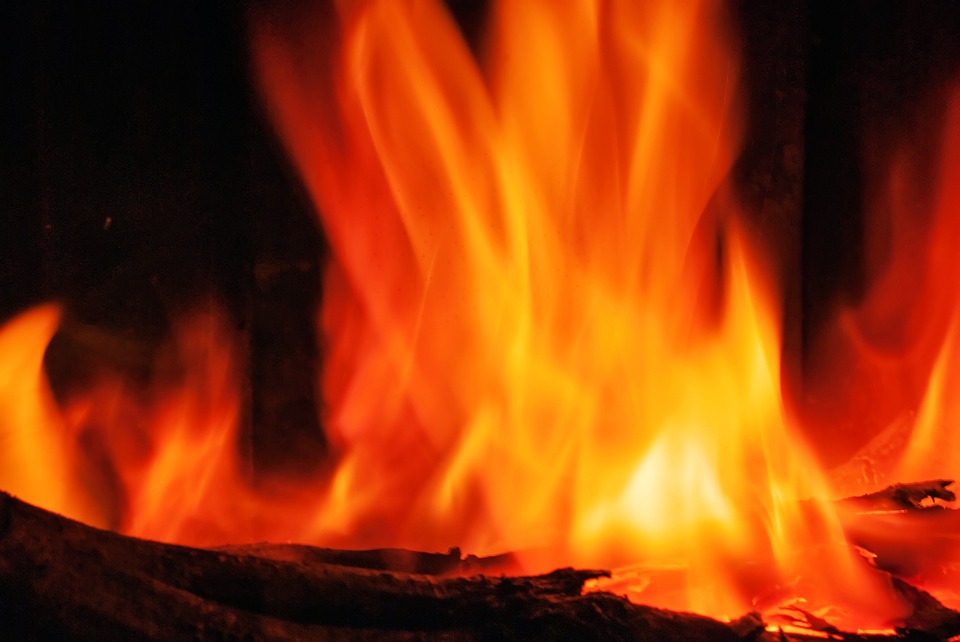 Once upon a time a bird tried to help to do something good for her mother by offering to transport the fire for the family and ended up burning down the house of her mother. Analogy means, in the known history Dr Abiy Ahmed is the first Oromo leader who took the power and sit the highest office of Ethiopia. Based on facts about his ideology one would conclude dr abiyu is going to end up burning down the whole country- Ethiopia. For the last three months that mr abiyu has been preceding Ethiopia, fire is ablaze in everywhere of the country. Mr abiyu ahmed is promoting the hatred ideologies of vigilante gangs called Qeerroo whose plan is to disintegrate the unity and stuffed out the candle of peace and development  lit by Ethiopian people revolutionary democratic front. Qeeroo-the vigilante youth group of Oromia commissioned by leaders of roomier region and Jawar Mohamed is what alshabab is for Somalis or what Cossack vigilante is to Russians. Thousands of Ethiopian citizens have become a victim of Qeerroo vigilante youth group. Unforgettable to everyone is what had happened in hawaday where more than fifty innocent business men slaughtered by Qeerroo group and the massacre of Somalis that taken place in balbalayti lost their lives. According to a reporter for aigaforum, “the recent killing of innocent Ethio-somalis in Oromia region has touched nervous and left shocks with many Ethiopians. What they witnessed as narrated here by aigaforum reporter was “people were being identified through their language or other factors. Once determined that they were Somalis, and then their properties were taken; they were beheaded by macho. Some victim were buried alive, pregnant women have been forced to abort babies with blood dripping their private parts.

Who are the perpetrators of such heinous crimes? According to a federal police report prepared for the Federal National Security Council, organized violence against Somalis is committed by “Qeerro,” or “young men” of Oromia. In Oromo’s traditional governance system, called “Gada,” “Qeerro” is an age set male group in their prime years that is entrusted to wage war on behalf of Oromia interest. “Qeerro or warrior male cohort” could be venomous and ferocious when commissioned by their superiors. “Qeerro” is to Oromo culture what Cossack vigilante is to the Russians. In both Oromia region as well as in contemporary Russia, ultranationalists in both instances have commissioned these vigilante groups. Put in a different way, the crimes the “Qeerro” committed against innocent Somali civilians are not much different than Alshabab’s indiscriminate killings of civilians On June 9th 2018 the beautiful hakim lodge of harar was totally burned by ruthless some over around thousand Oromos. Those gangs were chanting harar is belonged to Oromos. In addition to this more than 2000 civilians were targeted by Qeerroo and forced to flee their homes. Tigrai people are under attack by Qeerro group. For the last couple of months Somali people of some Somali woredas like Tuli Guleed, Moyale, Maize and Babble that shares border with Oromia region have been suffering rampage killings, rape, and torture and lootings properties committed by Qeerroo. More than twenty Somali villages have burned down by Qeerroo. The silence and faults of Mr Abiyu Ahmed What Adding insult to injury is the silence of the prime minister of the country Dr Abiy Ahmed who paid blind eyes to the all mayhem crimes against Ethiopian civilians. Mr abiyu has addressed questions of Oromo ethnic community and gave priority to foreign relationship.  I would to cite a number of concrete examples about the faults of Prime Minister abiyu ahmed. 1. Lionizing of Mr lemma Megarsa-regional president of Oromia and treated him as a king. Recently Mr Abiyu has travelled to America to acknowledge Mr Jawar Mohamed. Mr abiyu announced publicly that Qeerroo is the machine behind the change of Ethiopia and was the driven force behind his premiership. During the ceremony of Washington held by Ethiopian Diaspora mr Abiyu said publicly “ Mr Lemma was my boss and today he is my mentor”. Also he credited Mr Jawar as activist. 2. Lifting all anti peace elements from the list of terrorist without any consultation made with concerned bodies and not disarmed. 3. Violating the constitution of the country, which is the law of the land? It is said that Dr Abiyu stated in front of the teachers that he would change and remove all regional leaders. Did he forget the right to elect and fire or replace regional presidents was given to local parliament? 4. Ignoring the blood and death of the Ethiopian citizens who have lost their lives in the hands of Qeerroo. Recently Ethiopian nation and nationalities have lost an irreplaceable and reputable Engineer-Simayew Bakele. Mr simayew was a public wealth and how his funeral has taken place was not match what he exactly deserves. Mr Abiyu has not attended the funeral of engineer Simayaw rather he was dancing and celebrating with Jawar and ONAG supporters in USA. Conclusion and recommendation We can’t ignore the worrisome situation that our country is suffering, the hatred ideologies of anti peace elements is becoming wide. The only result that we can inherit is insecurity and violence. As an Ethiopian citizen, With all due respect and love I urge and  call upon you to respect the constitutional right of nations and nationalities of Ethiopia which assures the right of everyone irrespective of race, gender, religion and age. The federal constitution is the only instrument that united us. The only way that all Ethiopian can stay together is respecting to each other and preserving unity.  Preserving Ethiopianism is the right way that we can stay together because it is the only umbrella that can brings us together. In addition to this Being Ethiopian prime minister is better than being a prime minister for only one ethnic community. For me I would like to draft some recommendations 1. Taking the responsibility of protecting the life of all Ethiopian citizens must be your first priority. 2. You must bring Qeerroo under the control of the government. 3. If there is a corrupted leader it is impossible to say they were only Tigrai leaders also other leaders who hailed from other ethnic communities have committed corruption so you should treat on equal manner. You should not only focus one ethnic community. 4. Make consultation with your cabinet, parliament and regional leaders. Sit with the elders, educators and all other segments and discuss with them how to sustain peace, stability and development and the way that we can move our country forward. 5. Give attention to the bloodshed that is taking place most parties of the country and bring peace and stability to those areas. 6. Mr Abiyu Ahmed you have to be loyal to the rules and policies of EPRDF since you came through on their channel or resign and enact your own party which favorite the ideologies of chauvinism.