Home Culture/Religion The Other Side of the Western Notion of Islam, Muslims 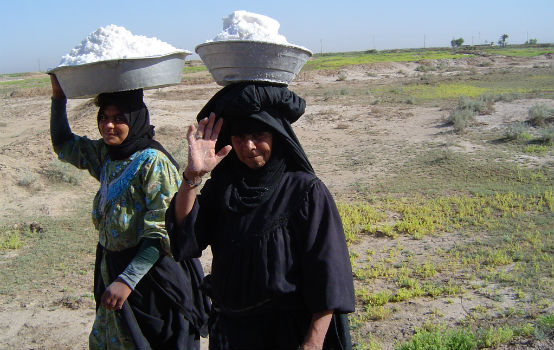 In his travels through the Mideast and Africa, James Jeffrey found mostly peaceful Muslims, kind to a fault and proud of their religion.

I want to talk about those at the center of the mosque shootings that rocked Christchurch over a month ago. Not the poor 50 men and women who were shot dead—with another 50 injured—by a cowardly gunman, but rather about Muslims in general.

For someone who spent his schooling under the guidance of Benedictine monks in a damp North Yorkshire valley in England, mosques under the hot sun, as well as Muslims and Islam, have featured in my life to a surprising degree—and in a very nourishing way.

One of my most memorable encounters with Islam occurred in Iraq in 2004, during a six-month operational tour with the British Army in Al Amarah, a remote sun-blasted city marooned from the country’s main urban focal points, about 230 miles southeast of Baghdad.

Atop the Pink Palace—once the home, before the 2003 invasion and its commandeering by the British Army, of the governor of the surrounding Maysan region—I loved to listen to the Muezzin calling the faithful to prayer on a Friday afternoon. Those holy Arabic words (even though I couldn’t actually understand them) were a serene comfort from the pressures of the tour.

Near the end of what I remember as the hottest, sweatiest, and most exhausting midday foot patrol through the city, I signaled that we should take a knee on the sidewalk. We’d been going for a couple of hours. My CamelBak was empty of water, my lips were cracked, and my shoulders ached from the heavy radio. Suddenly, a wizened old man appeared from a shack off to the side carrying a silver tray with a steaming cup of tea. Slinging my rifle to the side, I took the cup and uttered an Arabic “shukran” in thanks, while the man grinned and nodded. Swirling with sugar particles, the sweet liquid was like a monsoon to my parched insides.

There were other such encounters with the Muslim inhabitants of Al Amarah. Considering what we were visiting on them and their country—with worse yet to come—I found the vast majority of Iraqis extremely gracious, hospitable, and good-humored. They left far more of an impression on me than the insurgents firing RPGs and mortars at us shouting “Allah Akbar!”

After leaving the army, while working as a freelance journalist in Ethiopia, I found myself, despite being in one of the world’s oldest Christian countries, surrounded by even more Muslims. (It’s estimated that nearly 40 percent of Ethiopia’s population are Muslim.)

Yet traveling around the country, I never worried about being robbed or attacked by Muslims. I was far more likely to be pick-pocketed or have a bottle smashed over my head by a fellow Christian.

It’s no coincidence that I often found myself heading towards eastern Ethiopia, the most Muslim part of the country, and then continuing over the border into Djibouti and Somaliland. There I found friendly, peaceful Muslims, who respected my privacy and space.

The three years that I spent in the Horn of Africa watching the humble devotion of Muslims had a role in my reconnecting with my Catholicism. During one reporting trip to Djibouti, I managed to rent a room in a house shared by some foreign NGO workers. I returned in the middle of the day and opened the front door to find their cleaner knelt on the floor, bent double, saying her daily prayers. She was—inexplicably, it seemed—crammed into the corridor directly facing a wall, when there was a nice, spacious, window-lit room just off to the right.

It turned out that she’d refused to use that room, as there were bottles of alcohol on display. She told me this without a touch of haughtiness, humbly, shyly, with faltering English, all the while sweating noticeably beneath her headscarf. It was Ramadan, and she’d not had anything to eat or drink since sunrise.

In Somaliland, I did a story about Muslim women and how they cover up their hair and faces, which undercut some Western assumptions about Islam. All the women I spoke to said they wanted to dress the way they did. One sparklingly sharp young lady explained in erudite English that she didn’t appreciate people in the West telling her that she was being oppressed just because she followed her religion in a way that she believed in.

Somaliland was full of such surprises. It was a freelancer’s dream, especially after the recalcitrance and obstructionism of trying to report in Ethiopia. Somalilanders—like all Somalis—can’t stop talking, and if you ring them up, there is no messing around. Often they’ll agree to meet you within the hour.

After a good day’s work in the capital, Hargeisa, with no bars on hand, I typically joined the men gathered at an open tea house. The only foreigner for miles, I was usually left to my own devices, though sometimes the person next to me would courteously ask where I was from and what had brought me to Somaliland. After I answered, he would finish with a “Welcome to Somaliland, thank you for coming,” or insist on paying for my delicious cup of sweet milky Somali tea.

Of course, none of this is to avoid the elephant in the room—Islam has a serious problem with its notion of jihad. And similar to the Catholic Church’s treatment of clerical child abuse, it hasn’t been willing enough to discuss what ails it. I was reminded of this in Hargeisa one day. Walking down the main drag, I became aware of some noise behind me. The sounds got closer and eventually a bearded young man in a long brown robe appeared in front of my face, jabbering and threatening to punch me. I crossed the road—admittedly a bit shaken, as Hargeisa had always been a friendly place—and looked over to make sure he wasn’t following. I saw him miming firing a machine gun at me. It sounds comical writing about it now. But entirely alone in Hargeisa, it didn’t feel so funny.

That was one man out of hundreds and thousands of friendly Muslims who couldn’t have been more different—and therein lies Islam’s great PR problem in the West. I understand that, yet sometimes I admittedly waver, such as when faced with that gut-wrenching image from 2015 of 34 Christian men lined up kneeling on the beach in orange boiler suits, their hands tied behind them, utterly powerless—reportedly all Ethiopian—each with an ISIS member behind him about to shoot or behead. But then one remembers that armed men aren’t proper Muslims, in the same way that many Christians have behaved in ways that forfeit their right to call themselves Christians.

The day after the Christchurch shootings, I spotted a message on a WhatsApp channel for a Saturday soccer group I played with when living in Austin, Texas. The members are notably international, and one of them expressed his condolences for the Muslims in the group.

I hesitated to contribute my own comment, before seconding the sentiments expressed. I also added what a truly embarrassing day it was to be a Christian.

James Jeffrey is a freelance journalist who splits his time between the Horn of Africa, the U.S., and the UK, and writes for various international media. Follow him on