Home Somalia Somalia Hostility Against Somaliland an Invitation to War 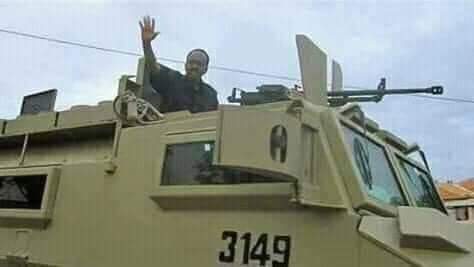 United Nations is already undermined by powerful countries. International laws are weakened and not as effective as before. Military aggression and violations are on the rise. Countries are threatened or invaded just because of their natural resources or of their sovereignty. This is the current appalling order of the world.
In the case of Africa, borders are based on territory, not on tribal lineage. The independence and diplomatic recognition of each African country is based on its colonial territorial borders. Somaliland is not an exception and has the right to be a sovereign nation as any other African country. Somaliland sovereignty (achieved on 26 June 1960) is based on its colonial borders inherited from Somaliland British Protectorate while Somalia’s sovereignty (achieved on July 1, 1960) is based on its colonial borders inherited from Italy.
Somaliland is a peace-loving country and wants to have good relations and interactions with its neighbours. But, Somalia, which committed all kinds of atrocities in Somaliland in the 1980s, is again raising its ugly head to threaten Somaliland sovereignty and existence. There is only one thing that counts in today’s world for survival: It is military might or power. Somaliland should focus on building the best and strongest military in the Horn of Africa to defeat its sworn enemies surrounding it.
Most of the available resources of the Somaliland Republic including human resource must be allocated to the military. Somaliland military must have the best training and the best available military hardware to easily defeat Somalia and even conquer and occupy parts of it to liberate itself from being claimed by Somalia and force Somalia to respect and recognize Somaliland.
Somaliland people must choose readiness over complacency, strength over weakness, perseverance over idleness and resilience over vulnerability. Foreign aggressions are always doomed to defeat.
Ibrahim Hassan Gagale