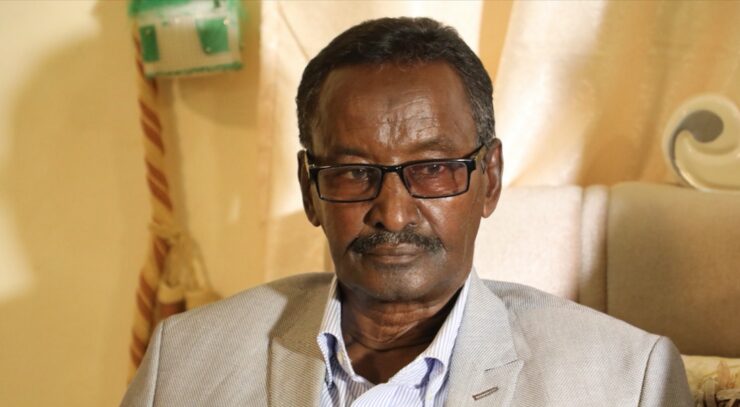 The Chief Commander of the Puntland Federal State of Somalia army- the Dervishes, Major General Yassin Omar Dheere, alleged that joint forces of the Republic of Somaliland and Al Shabaab were advancing on Badhan, a city on Eastern Sanaag.

General Yassin, speaking to ragtag units composed of Somaliland army deserters and clan militias in the Badhan area, Wednesday, in a bid to prep up his audience, made the accusation – the gravest thus far in the usual exchange of acrimonious blames between the Somalia federal state and the Somaliland Republic.

“We are ready to defend our ‘country’ and ‘our land’,” he said, adding “The region is in a state of war. Only an idiot isn’t aware of the grave danger Somaliland poses on this region”.

General Yassin Omar, throughout his address, exhorted the armed units in front of him to stay on high alert and pay with their lives if need be.

General Yassin is the last of a string of Puntland army and government officers stirring up hostilities in an area that has seen neither destruction nor full-frontal armed engagements between mechanized armies. The incumbent President, Saeed Abdullahi Deni, paid the area a visit that also nearly tipped the stability balance on September 2018, less than 9 months after he was sworn in to office.  On 23 August, his spokesman, Abdirahman Dinari, personally appeared in a video haranguing a number of rank-and-file erstwhile members of the Somaliland army who mutinied and defected over to Puntland, to swear allegiance to Puntland and join its army. Dinari’s appearance put the Puntland presidency stamp on the destabilization activities Somalia was carrying out in the area through Puntland, so establishing a direct link to President Deni and, through him, FGS President Farmajo.

Less than a week ago, on August 29, the city warmly and so enthusiastically welcomed Governor Mohamoud Hamud Omar, who was recently appointed to the post by the Ministry of Interior of Somaliland. 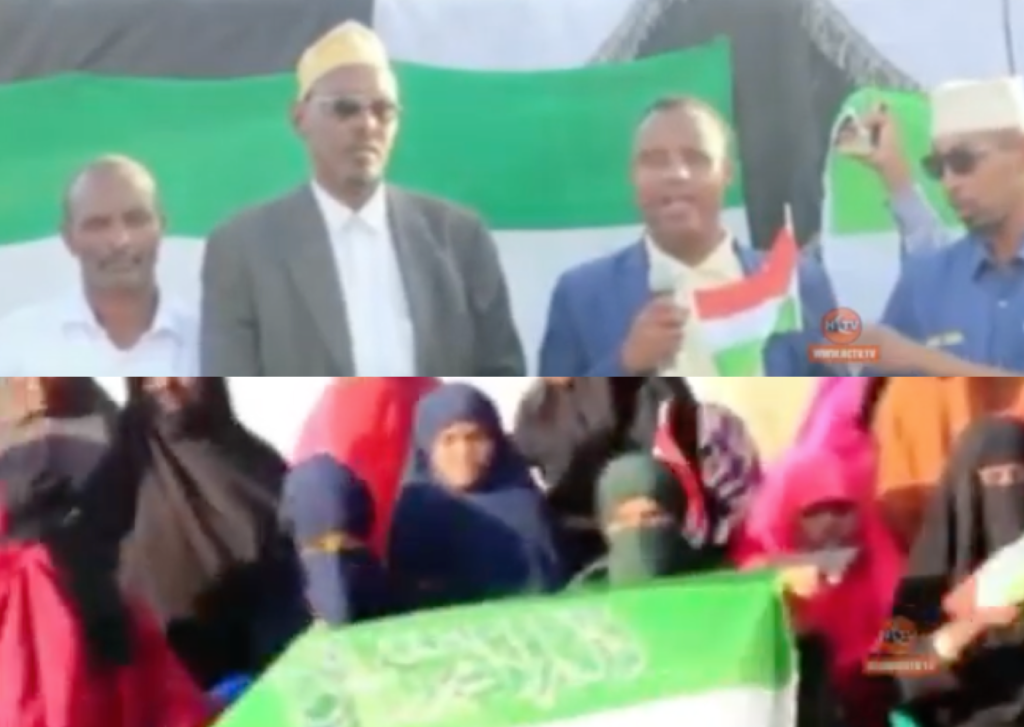 Governor Mohamoud scoffed at the idea that the area has changed allegiance to Puntland, reiterating that Badhan was part and parcel of the Republic of Somaliland and would always remain so.

The Badhan reception followed declarations of other army and custodial corps units in Dhahar and in the Badhan area itself declaring that nothing has changed in their duties and responsibilities as Somaliland officers.

Badhan is well within the boundaries of Somaliland drawn by the international community to demarcate areas that came under Italian Somalia, the British Protectorate of Somaliland, the French Essa and Affar land (Djibouti) and Ethiopia.

Somaliland restored its independence back to form in 1991 – an internationally-recognized independence which it let go in favour of an ill-fated not-legally consummated union with Somalia in 1960.

Badhan came to be in 1998 and immediately proceeded to incorporate large parts of Somaliland into its map claiming people in those areas were ethnically related to Puntlanders of the olf Eastern region of Bari and Mudug The claims created a dispute between the RoS and Somalia’s Puntland which had seen costly skirmishes between the two in some areas.

General Yassin Dheere, appointed to the post on end of June 2019, appears to be bent on turning the area into another battleground with his high-flying, ridiculous allegation of Al Shabaab advancing on the area.

“He should liberate the areas the Islamist group has wrenched off his hands in Puntland before importing this preposterous accusation to a hitherto peaceful area belonging geographically and historically to a more dependable country,” a political analyst pointed out.