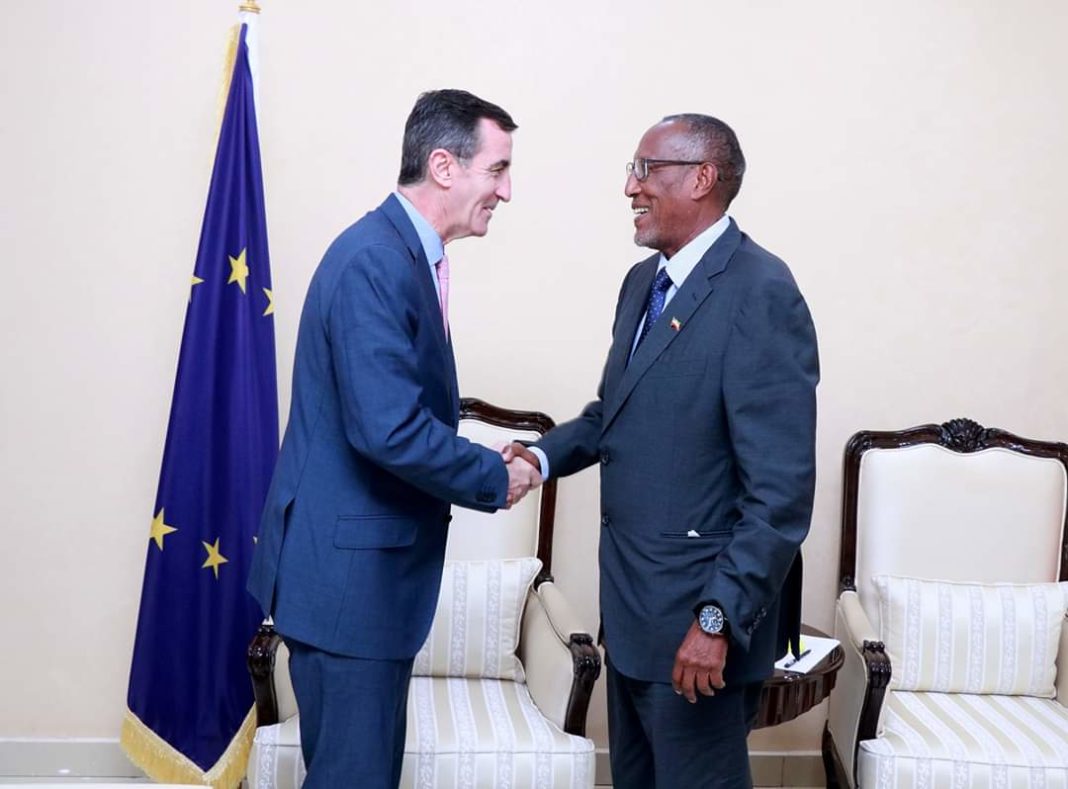 Their Excellencies the President of the Republic of Somaliland, Musa Bihi Abdi, and the Vice President, Abdirahman Abdullahi Ismail ‘Zeii’i’, received, separately, two international delegations currently on a visit to the republic.

The two sides, according to a Presidency statement on the meeting, discussed how the envisaged parliamentary and municipal elections could best be implemented within 2020 as advised by all stakeholders concerned.

During the meeting between the President and the EU ambassador, the statement added, regional security issues and other matters of mutual concern regarding the country and the region, in general, were raised.

The president of the Republic of Somaliland H.E. @musebiihi had a meeting with EU Ambassador @NBerlangaEU.

President Musa Bihi along with the Minister of @SLMoNPD Hon. @GafadhiHassan and the Ambassador have discussed EU support and cooperation between #Somaliland & EU. pic.twitter.com/7W6Ve090ix

Along with His Excellency the President, Minister Hassan Mohamed Ali ‘Gaafaadhi’ of the National Planning and Development, was present. 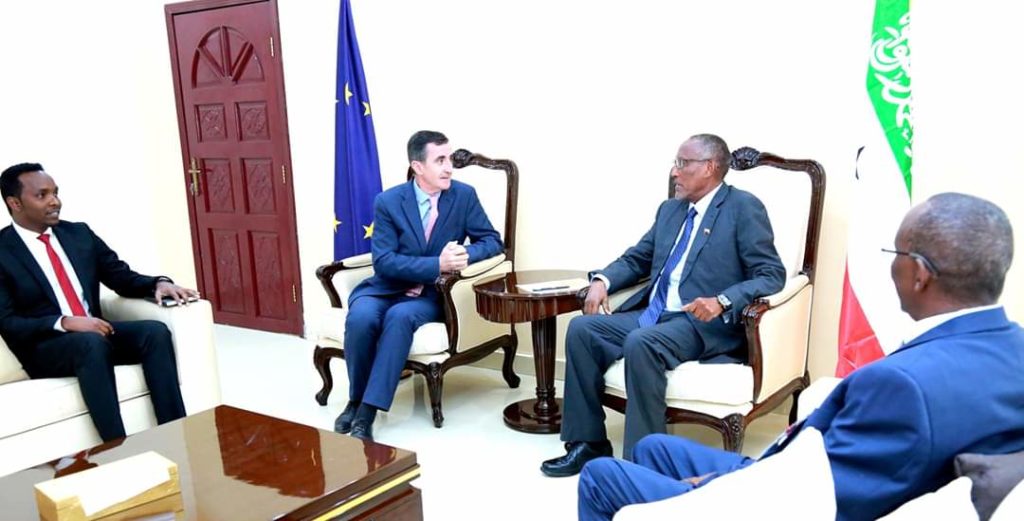 The meeting between the two sides is the first since the EU Ambassador expressed displeasure at executions the government of Somaliland implemented on January 15 on 6 found guilty of murders.

At a separate meeting at the Presidency, VP Zeili’i received the Director of the United Nations Capital Development Fund, David Jackson, and a delegation he led which included Dmitry Pozhidaev, the regional director, and Anka Kitunzi, UNCDF officer for Somaliland and Somalia.

The delegation, also, met with the Minister of Interior, Mohamed Kahin Ahmed, whose ministry is directly responsible for the implementation of the joint programmes. The JPLG has substantively covered far-eastern regions of Sanaag and Sool for the first time this year.

The UNCDF funds the Joint Programme on Local Governance and Decentralized Service Delivery (JPLG) is co-funded by UNDP, UNICEF, HABITAT, ILO and UNCDF. 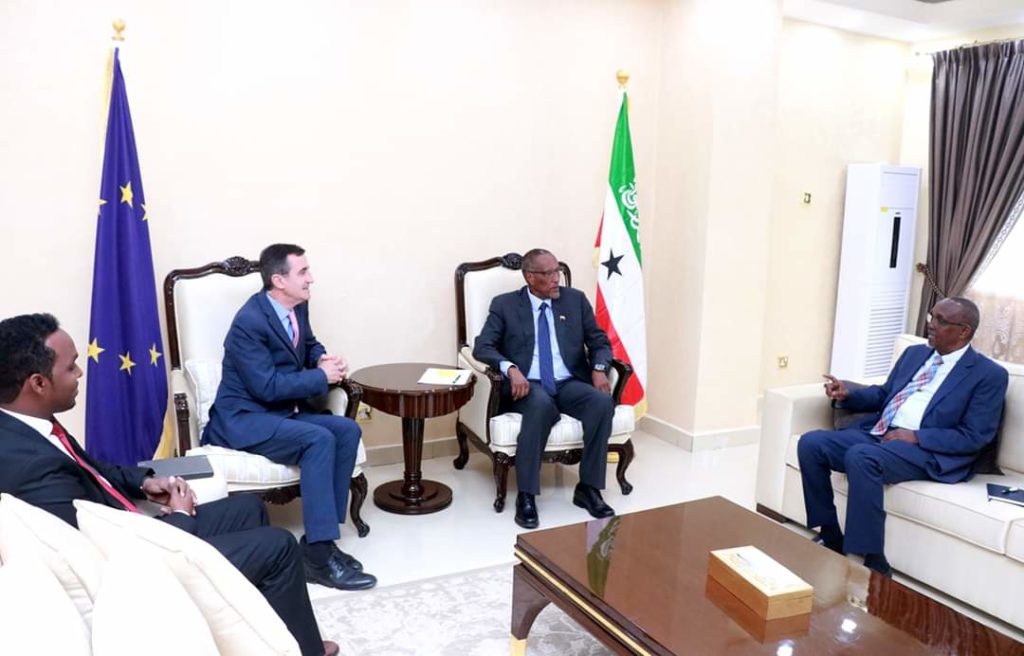 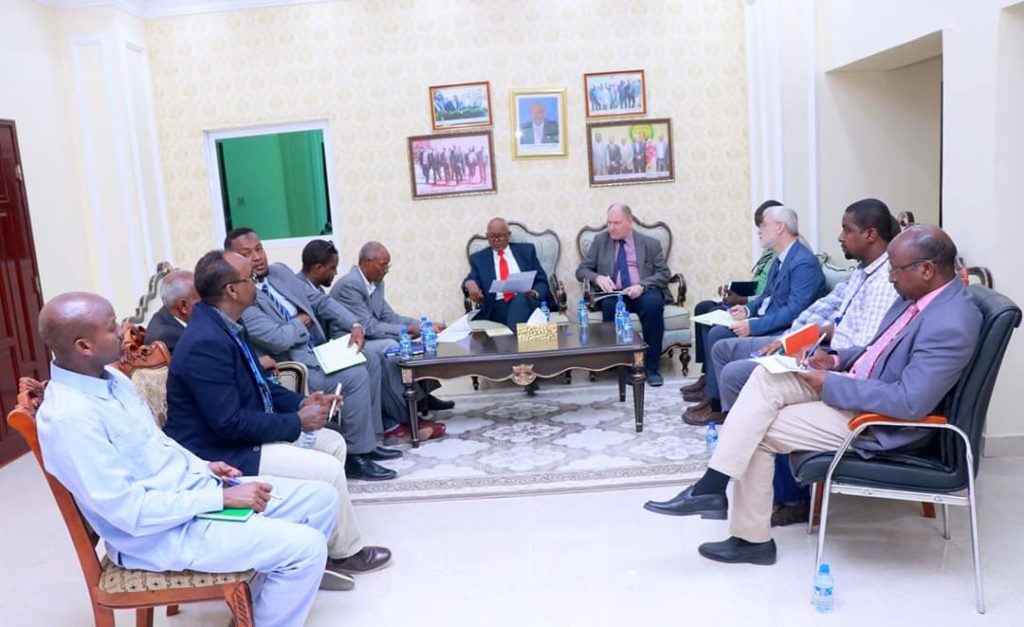