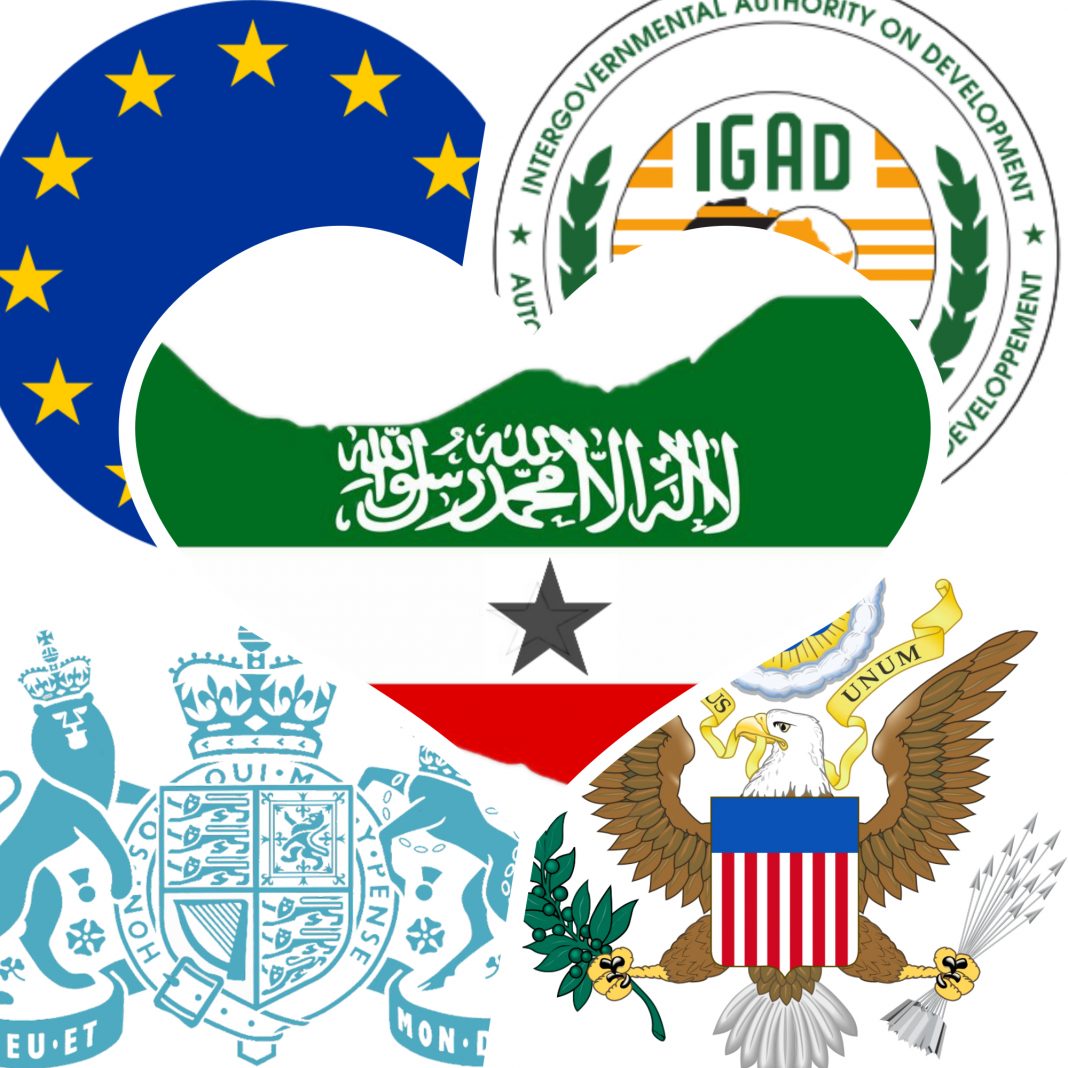 Contrary to the ire and the innuendos of a so-called Northern Somali Unionist Council, the dialogue between the Republic of Somaliland and the Federal government of Somalia is a bilateral issue on the final disposition of a purported union dating back to 1960. The said union failed to meet the minimum legal requirements of international bilateral agreements. To that end, fringe organisations operating on the periphery of civility have no place at the negotiations table. The tune of the language of the letter of NSUC addressed to the international community is incendiary, inflammatory, and seditious intended to create communal strive and instability in Somaliland.

The recent conference between the Republic of Somaliland and the Federal Government in Djibouti, struck a raw nerve among the fellow UNIONIST compatriots. The mere mentioning of TWO STATES in the final communique of the said conference, sent the UNIONIST ZEALOTS into a perpetual tailspin. The ensuing shenanigans and the vitriolic diatribe do not change the date of reckoning with reality-The final dissolution of an entity that wreaked havoc in the Horn of Africa.

A fact-finding commission of the African Union visited Somaliland from April 29th to May 4th 2005. The commission concluded that the said union was never ratified in the form of a legally binding document. The commission also found that the issue does not involve the redrawing of colonial boundaries existing at the time of independence.  In 2003 team from the Republic of South Africa made a similar conclusion.

I, the undersigned Ahmed Ali Ibrahim Sabeyse, do hereby send my heartfelt and sincere condolences to the members of the Northern Somali Unionist Council on the sudden demise of the beloved Somali State. I can feel the anguish, the pain, and the suffering that befell on the group.

The Somali state had been in a comatose condition for the past twenty years; sustained by the miracles of modern medicine- A life support machine gave it a modicum of sustenance for so long. With the unexpected failure of the vital organs, the medical team finally switched off the life support system and declared the death of a patient that had been in a semi-putative state.

The deceased will be accorded a befitting burial at his birth place-HARGEISA, SOMALILAND. A plot of 1 Hectare has been assigned as memorial site. A 20 meter by 20 meters by 100 meters grave will be dug at the center of the plot. A slot of 2 meters by 3 meters and 100 meters deep- enough to lower the sarcophagus containing the remains of Somali UNITY. Immediately after the completion of final rites, the grave is filled with 50,00 tons of steel wire mesh and 100,000 tons of cement lest the devil rears its ugly head ever again. The inscription on the cenotaph will read:

“​HERE LIES FORE-EVER THE REMAINS OF THE DEMON THAT HAD TORMENTED THE SOMALI SOCIETY.”

GOD BLESS THE REPUBLIC OF SOMALILAND,