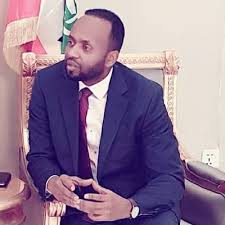 Somaliland Ministry of Foreign Affairs calls for dialogue between the two countries over the Nile Dam tiff, saying it is well placed to mediate the difference

Somaliland has increased its presence on the international stage by wading to the current standoff between Egypt and Ethiopia over the construction of the Grand Renaissance Dam along the Blue Nile, arguing that the impasse can be amicably solved through dialogue.

Deputy Foreign Affairs minister Liban Youssouf Osman on Sunday said the two nations should consider having a dialogue for the sake of unity, adding that Hargeisa will “forever” support negotiations at the expense of aggressive diplomatic missions.

Somaliland, he said, is ready to mediate the crisis, which has threatened the stability of the North and the Horn of Africa regions in recent months. Hargeisa’s approach is different from that of Somalia’s Federal government, which has already backed Ethiopia’s approach to the matter.

“Somaliland can mediate since it has a good relationship with both countries,” said Osman, who is a close ally of President Muse Bihi Abdi, the leader of the northern breakaway region of Somalia, which seceded in 1991 after decades of civil war.

Osman dismissed claims that Ethiopia is against close ties between Egypt and Somaliland, adding that “We can deal with any country for our own interests, it is our business.” Over the weekend, Ethiopia questioned the motive of a recent trip by senior officials from Cairo to Somaliland.

READ: Egypt plans to set up military base in Somaliland angers Ethiopia

According to officials in Hargeisa, Egypt is keen to establish a military base in Somaliland, a move that has reportedly made Ethiopia and Somalia “unhappy”. But Osman insisted that the relationship between Hargeisa and Cairo will not harm cooperation with Ethiopia.

In an interview with the Daily News of Egypt, Osman said Somaliland looks forward to having stronger diplomatic, economic, and trade ties with Egypt, adding that the agreement was reached during a high-level meeting between Egypt and Somaliland authorities last week.

“This is not the first [Egyptian] delegation. I have been in Egypt before, and Egypt’s Deputy Minister for Africa Hamdi Loza visited Hargeisa in 2019,” the deputy minister, who wields a lot of power in Hargeisa, added.

Before temporarily merging with Somalia in 1960, Somaliland had formed an independent state which would consolidate with Mogadishu a few days after getting independence from Britain. On its part, Somalia gained independence from Italia.

Since 2003, Somaliland has been holding its own elections but it’s yet to be recognized internationally. The cooperation with Egypt, Taiwan, and Kenya is seen as the most recent strategy which is geared towards pushing recognition.

According to Osman, Egypt and Somaliland discussed how best to further promote social integration between the two countries. The bilateral trade links are verging, for the most part, on fisheries and livestock.

According to Osman, Egypt has the experience and the know-how which can be extremely beneficial to develop the Somaliland mining sector, as the country is abundant with mineral resources. Cairo, he added, is influential in pushing for the much-needed recognition.

“Egypt can play a major role in our international recognition, as it is a major country in Africa and the Arab World, which can help push our case for recognition in both the African Union and Arab League,” he added.

Somaliland meets most of the requirements of a sovereign democratic state, he stressed, adding, “We have held free and fair elections, and we have our own currency, security forces, and passports.” Also, Somaliland’s independence claim is consistent with a longstanding norm of the African Union and its predecessor that colonial-era borders should be maintained.

The plans by Egypt to establish a military base in Somaliland comes months after Russia expressed similar interests. Also, there are claims that the US could shift the headquarters of the US Africa Command base from Djibouti to Somaliland following China’s recent move to set a similar military base in the Red Sea strip.

Addis Ababa is said to have been angered with the move, which plunges it to a state of uncertainty given that an Egyptian military base in Somaliland would enable Cairo to withstand logistical problems that would have arisen in the absence of the same. While Egypt wants GERD to be filled slowly, Ethiopia wants to carry the process in record time.