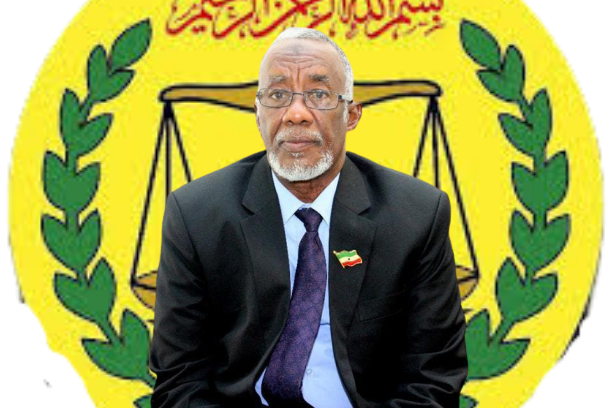 The Somaliland statement took a moment to remind Villa Somalia a few historical and political facts which characterized present-day realities of Somaliland and its relations with the international community.

“…the Republic of Somaliland has already diplomatic relations and substantive lies with many countries in Africa, Europe. and Asia, Somaliland – Taiwan’s new relationship is among such mutual cooperation and long-standing friendship between Somaliland and the members of the international community,” the statement said.

Then it went on to highlight for how long the Republic of Somaliland had been an able master of its own affairs and on what grounds its reinstated sovereignty rested.

“The Republic of Somaliland has reinstated its sovereignty in 1991 after the people of Somaliland unanimously decided to withdraw the failed merger between Somaliland and Somalia (of) 1960,” it said.

The statement went on to say that Somaliland’s sovereignty and territorial integrity were not irrevocable but legally, historically and politically indisputable, too, as they were perfectly in concert with the AU’s own Cairo Declaration of 1964 and its Charter.

“..Somallland’s sovereignty and territorial Integrity are indisputable and Irrevocable on the basis of these historical accounts. As the African states reaffirmed in the Cairo Declaration (of) 1964 the borders of Africa should remain as the colonials delineated and the Republic of Somaliland is among those countries in which this declaration ratified its borders,” MOFA declared.

The relationship between Taiwan and the Republic of Somaliland was further based on ‘ shared values of peace, freedom, and democracy’, the statement said, adding that no amount of ‘baseless propaganda from Somalia’ would be able to  ‘prevent this historic relationship between the two nations’.

Capping it up, Somaliland asked Somalia to refrain from making more political and historical blunders aiming to harm the inexorable course of Somaliland development and mushrooming relations with the international community.

‘The Government of Somaliland again warns the Somalia administration to refrain from the repeated groundless and uninformed statements aimed to mislead the world. Somaliland is a sovereign and responsible slate that respects other nations’ affairs,” MOFA stated. 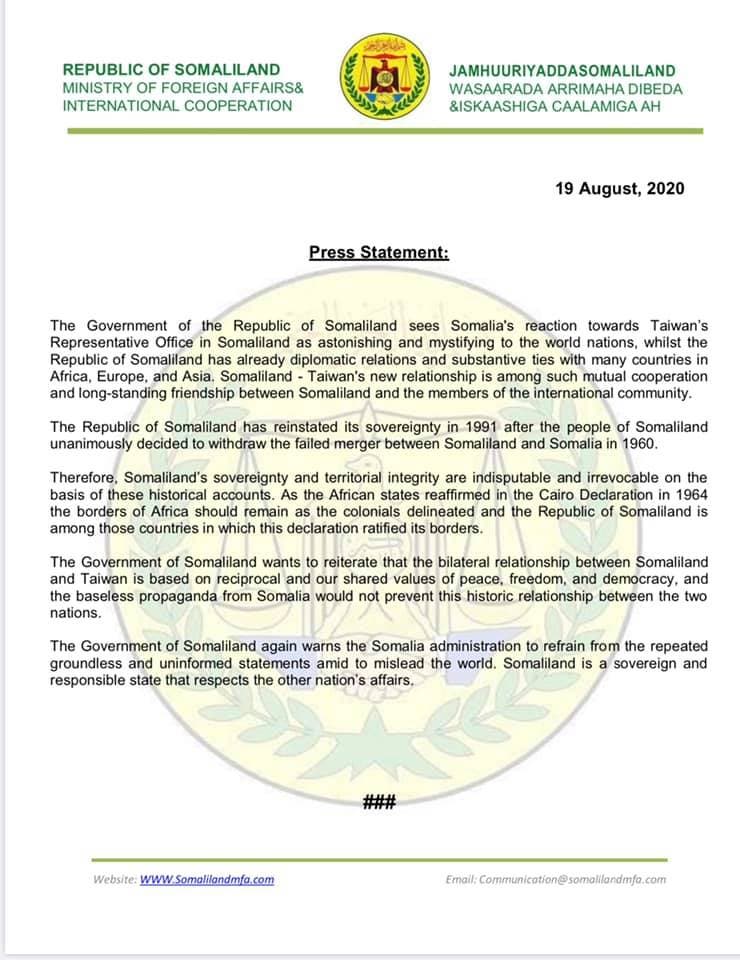 Taiwan hoisted its flag at its official offices in the Republic of Somaliland Monday. The event re-affirmed the two nation’s stoic stand against a plethora of odds among which were territorial claims which both China and Somalia waved in the face of both established democracies: Taiwan and Somaliland, respectively. 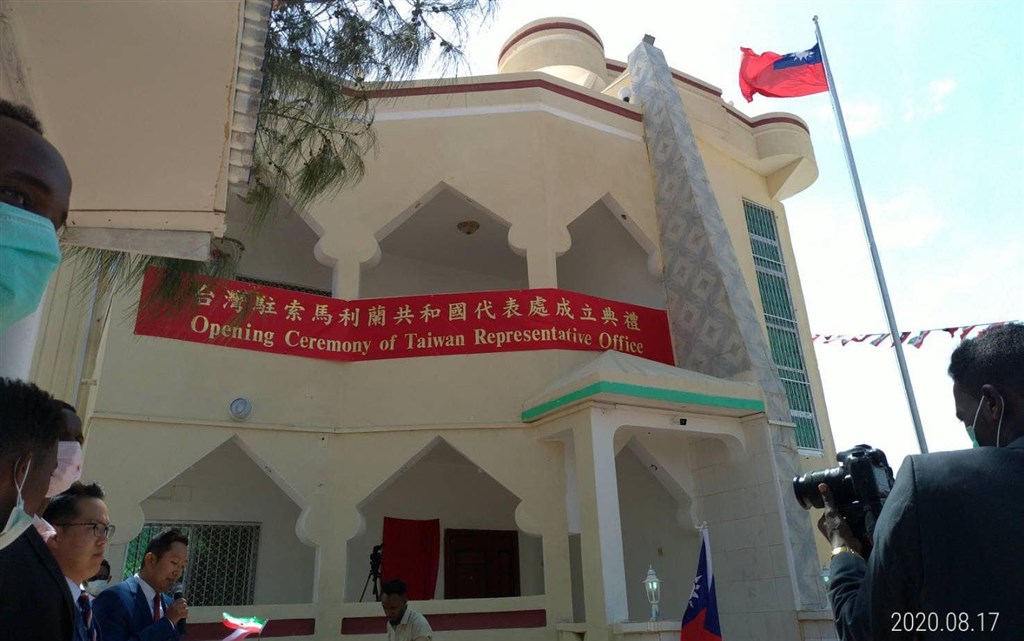 The inauguration of the Taiwanese representative office in Hargeisa did not only open new, wider possibilities for both countries but it also accentuated once again the geopolitical importance of the Republic of Somaliland by merit of where it was located on the world map.

Needless to say, neither China nor Somalia can do anything about either country’s choice of friends. In the case of Somalia, there is not even a legitimate claim against the reaffirmation of Somaliland sovereignty which can withstand legal scrutiny in a proper court of law.