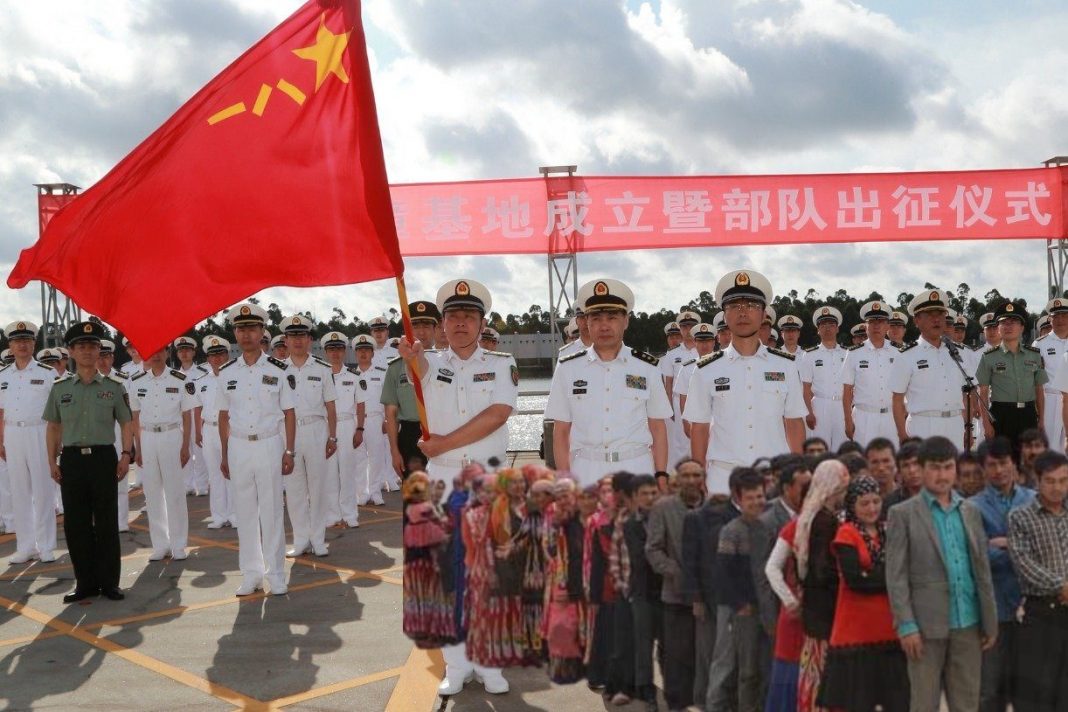 Passing the Buck to China in the Middle East: To let an adversary bleed itself dry in an ungovernable stretch of land with negligible strategic importance is an ancient, classical, and often underrated grand-strategy. Let China stabilize the Middle East with its own blood and treasure.

A curious puzzle in international relations that might one day launch a thousand PhDs in the future is why the Islamic world is notoriously silent about Chinese brutality of the Uighurs and Chinese hegemony in general. Recently, a Turkish doctor examined around 300 Uighur women refugees and found out that 80 of them have been sterilized. Consider for a moment something similar taking place in the United States, Britain, India, or Australia, and imagine the outrage it would rightly inspire. Add to that hundreds of videos on social media of thousands of men bound in chains guarded by uniformed men, and taken in trains to unknown destinations, and this silence sounds even more puzzling.

There are, of course, sporadic individual protests. But not only Turkey, the self-declared leader of the Islamic world and ethnically closest to the Uighurs, but also Saudi Arabia, Iran and Pakistan, and the entirety of Central Asia, are yet to sever diplomatic ties with China. There are no embassy burnings, no mass protests, no threats of war, and no jihadist attacks on increasing Chinese material interests and establishments across the globe. Why is that so? Does this open subservience stem from the desire for more Chinese financial carrots, or the logical fear of Chinese sticks, and the worry that Chinese retribution would be far more merciless than lily-livered Western rules of engagement which still broadly aspires to follow human rights and minimize civilian casualties? China, it is feared, still goes by pre-Second World War rules; its wars, punitive, and its hegemony, imperial.

On that note, Michael Doran and Peter Rough’s new essay argues that it is Chinese imperial hegemony in the Middle East, which should be a massive concern to the west. The essay argues that China is ruthlessly determined to “oust” the United States from the Middle East, and to that effect has formulated a strategy paper about China-Arab relations and opened a naval base in Djibouti. What is the evidence of this hegemony? Apparently, China is determined enough to be a hegemon in the Middle East among the Arabs and Persians, so it’s committing genocide in Xinjiang, killing Uighurs (ethnically Turkic). This post-modern genocide is also a settler expansion as ethnically Han Chinese colonials flood traditional Uighur territory. All that is connected to the crown jewel Chines project of China-Pakistan economic corridor which moves through this region. That, in turn, would give China a gateway to project power in the Middle East. “From Beijing’s point of view, hard-power competition with the United States in the Middle East is a direct extension of the military contest in the western Pacific.”

The essay then veers to strange directions about counting Chinese warships by tonnage, to potential Israeli threat from Chinese expansion, before mentioning the two significant points of contention. One, China has a deep need for oil, and therefore Chinese involvement in the Middle East is important. And two, China is signaling to American allies, in hope that some will hedge. “China’s message to Japan, Taiwan, and South Korea (to say nothing of Saudi Arabia and Israel) is clear: America is in decline; China is ascendant, its rise to glory inevitable.” The essay ends ominously: “If China succeeds the United States as the dominant power in the Middle East, a major shift in the global balance of power will result, significantly diminishing the clout of the United States, even to the point of eroding the control that Americans exercise, as a free people, over their own destiny.”

To put it simply, Doran and Rough pulled a “it’s time for some game theory” on students of international relations. None of the things mentioned are individually factually incorrect. China has an increasing need for oil. China uses Pakistan and Djibouti as a gateway to the western seas. China will eventually have more concentrated naval power than the United States. China’s rise will lead to some American “allies” to hedge and be equidistant from Washington and Beijing. But the effort to tie these disparate figments to a giant strategic encomium falls well short to the point. The essay doesn’t answer a few key questions, which should be the starting point of every strategic discussion in times of crisis. Why is it important for the West to ensure the flow of oil from the Middle East, when oil production is at an all-time high, and the West is almost on the way to be energy independent? What is the strategic importance of the Middle East anyway? Why is balancing Chinese rise siding with Pakistan or Iran the burden solely of the West, and not, say, India or the Gulf powers? What is the concern behind Chinese support for Iran, which might make Saudi Arabia and Israel uncomfortable but has no material effect on Britain, Europe, or the United States? If Chinese military and naval power dwarfs the West, and there’s no way a toe-to-toe balancing is possible, isn’t the preferable strategy to ensure that China over-expands, overstretches, and bogs itself down in quagmires eminently more sensible? Shouldn’t the socio-political burden of being vocally opposed to the Chinese genocide fall first on the Islamic great powers? And if they are not vocal about it, what is the reason behind it?

These questions are not prevarications. These are important to understand and formulate a future strategy. Great power rivalry is back, and the Sino-American rivalry will shape the future. But this Sino-American rivalry isn’t our forefather’s Cold War, and to define it in Manichean terms—a global all-encompassing crusade between democracy and authoritarianism—is nonsensical. China isn’t the USSR. In some ways, it is far more powerful and advanced, but it is also as stunted by its own problems just as the USSR was. It lacks allies. It is surrounded by powerful states, like India, Japan, and Australia. Britain and Europe are increasingly hostile to Chinese financial interests. The American people are overwhelmingly opposed to China—the only bipartisan instinct in an otherwise broken and divided hegemon, similar to anti-German sentiments in a tired Edwardian Britain. The only reason China is rising with no material cost for that rise is because it never had to take any security or stabilizing burden, and in turn faces no insurgent backlash. China is openly brutal to its Muslim population, but that doesn’t register in Islamic powers because they are not even visible. Chinese troops do not patrol Basra or Helmand. Chinese ships and marines are not flooding in Syria and Libya.

In order to be imperial, you need to be visible as an empire. The reason China faces no backlash from the Islamic world is because the global spotlight is constantly on the West trying to order that vast ungovernable stretch of land for more than two hundred years.

Area studies specialists often focus on why their area of research is more important than others. But everything starts with grand-strategy in this business. Foreign policy realists should be worried about everyone using the return of great power rivalry to make weak cases for further continuous involvement in theatres which are inexorably declining in importance in the overall grand strategic game. Western Europe and Asia-Pacific remain important to the United States and to the survival of the United States as a great power. Africa and the Middle East, while important, are not existential. That doesn’t mean Washing and the West shouldn’t be prepared to challenge a rival great power threatening direct interests. But just because there’s a great power rivalry on, doesn’t mean one needs to compete in every domain and every theatre. Prioritizing is crucial, and the intelligent strategy here is to let China overstretch. If China is indeed getting involved in the Middle East, then it is a buck that one should be happy to pass on to them. France, the British Empire, the Soviet Union, and the United States suffered to order that region. Let China join the party and bleed itself dry.

Sumantra Maitra (@MrMaitra) is a doctoral scholar of neorealism and great power grand-strategy, at the University of Nottingham, UK, awaiting final submission of thesis after a successful thesis defence, and a senior contributor to The Federalist.

The US Does Have Troops in Yemen, Somalia Contrary to Psaki and Sullivan