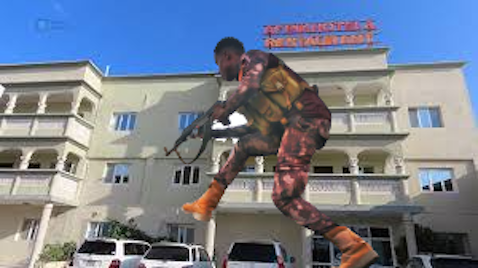 It is now confirmed that more than ten people died at the Hotel Afrik siege of Sunday. The number does not include casualties on the government security side, according to the reports.

The federal government of Somalia stated at the end of the 8-hour-long siege that, besides General Mohamed Nur Galal, only three other people and the four gunmen died in the assault. Among the fallen, according to the official version, were the commander of the hotel security, one of the guards, and a businessman.

Since then, it has come to light that more people died in the deadly assault than had been admitted.

Among those whose bodies had been collected for burial afterwards were a newly-wed couple on their first week of honeymoon: Fahad Abdirahman and Farhia Ali. 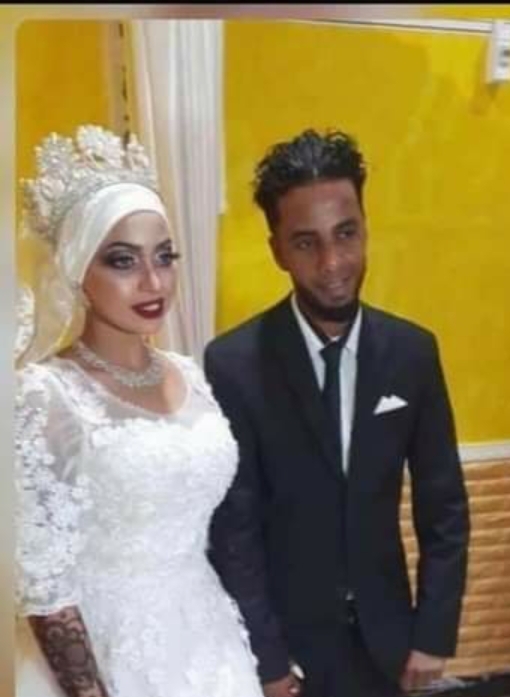 Fahad came to Mogadishu to wed. He did but he and his new spouse died together in their first week as a family. 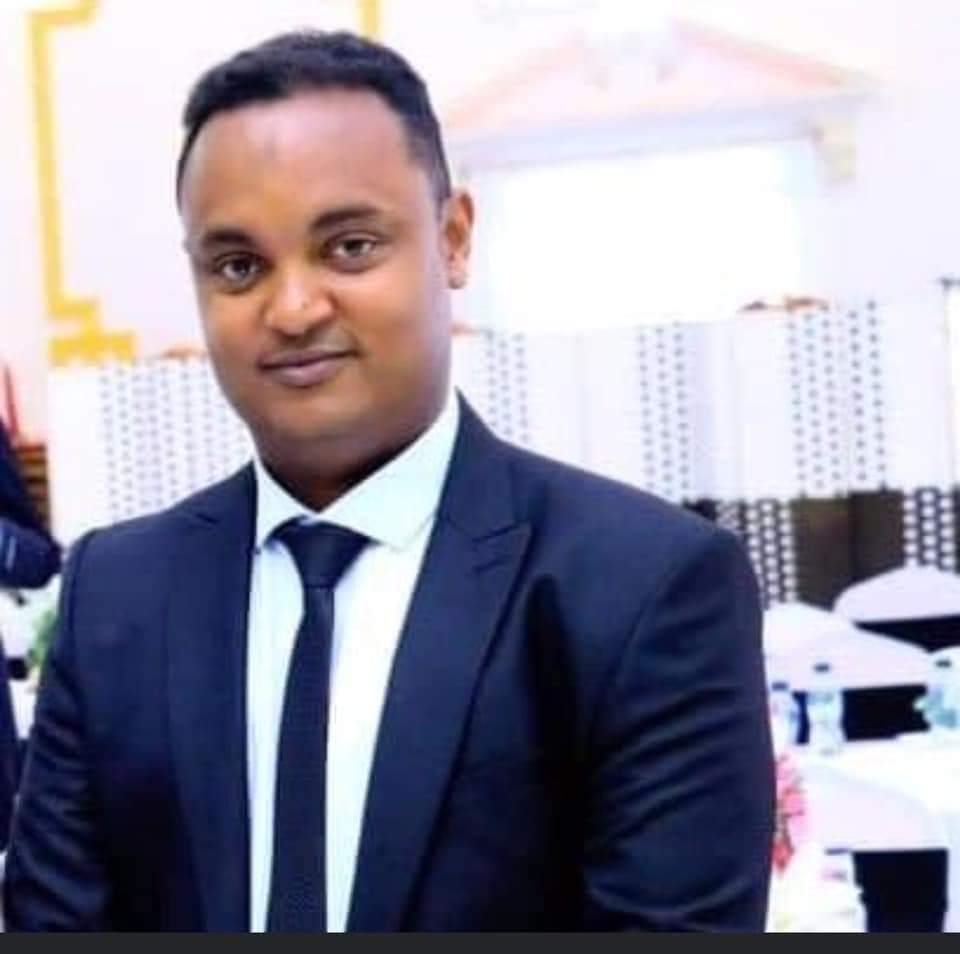 Musa Abdi Ahmed, above, worked for the Norwegian Refugee Council’s Hargeisa office. He only arrived in Mogadishu the day before. A day later, he was riddled with bullets for no fault of his own.

Other unofficial reports state that two the police special unit members were found dead in the room in which General Galal was killed. 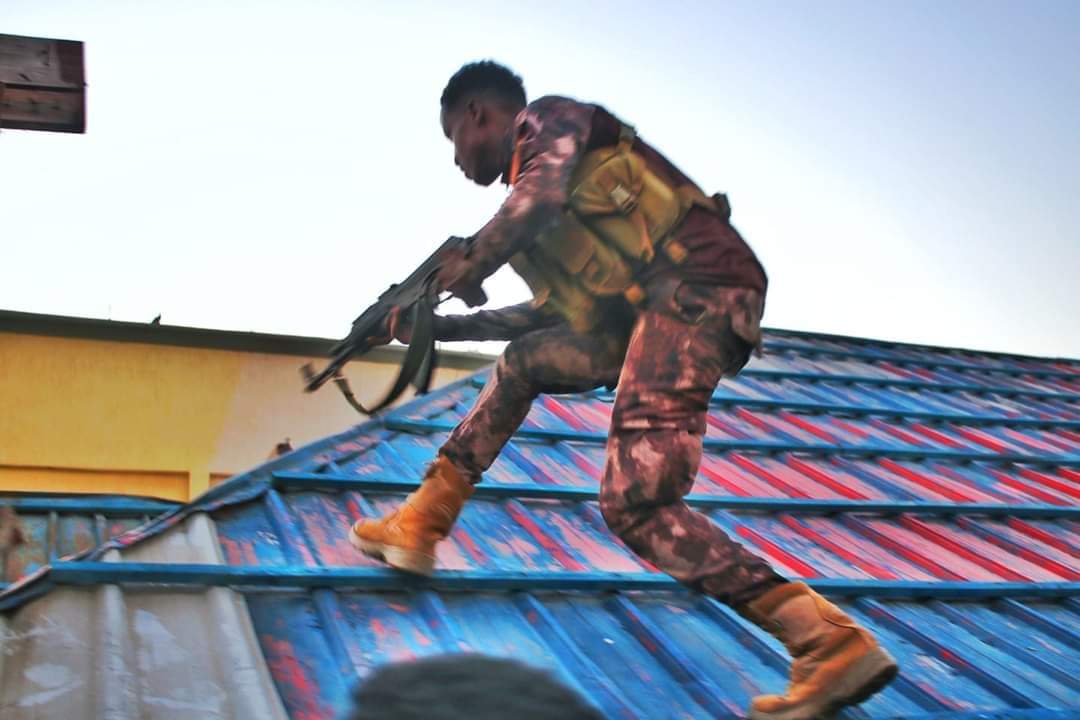 The reports add that since the room was on a floor the Harimcad (leopard) police unit has taken over, how the three were killed in the same room raised some questions. Some had gone, on social, to the length that the General and the two police officers were involved in a deadly gunbattle with one another and that they were not killed by al-Shabaab gunmen since the latter were contained in the lower floors and the courtyard.

Official sources put the number of injured as 10. Again, the figure – coming from the government – could be an understatement.

Al-Shabaab, however, had claimed full responsibility for the raid.

The Al-Qaeda affiliated fighters stated that they have been tracking General Galal for over 13 years and that their long wait had been answered. The Group charged the General of being an active actor in the fight against the Islamists and the Islamic, Sharia-based state they wanted build in Somalia.

The Group, specifically – and by way of example, linked the killing of Adan Hashi Eyrow of 2008 with General Galal. 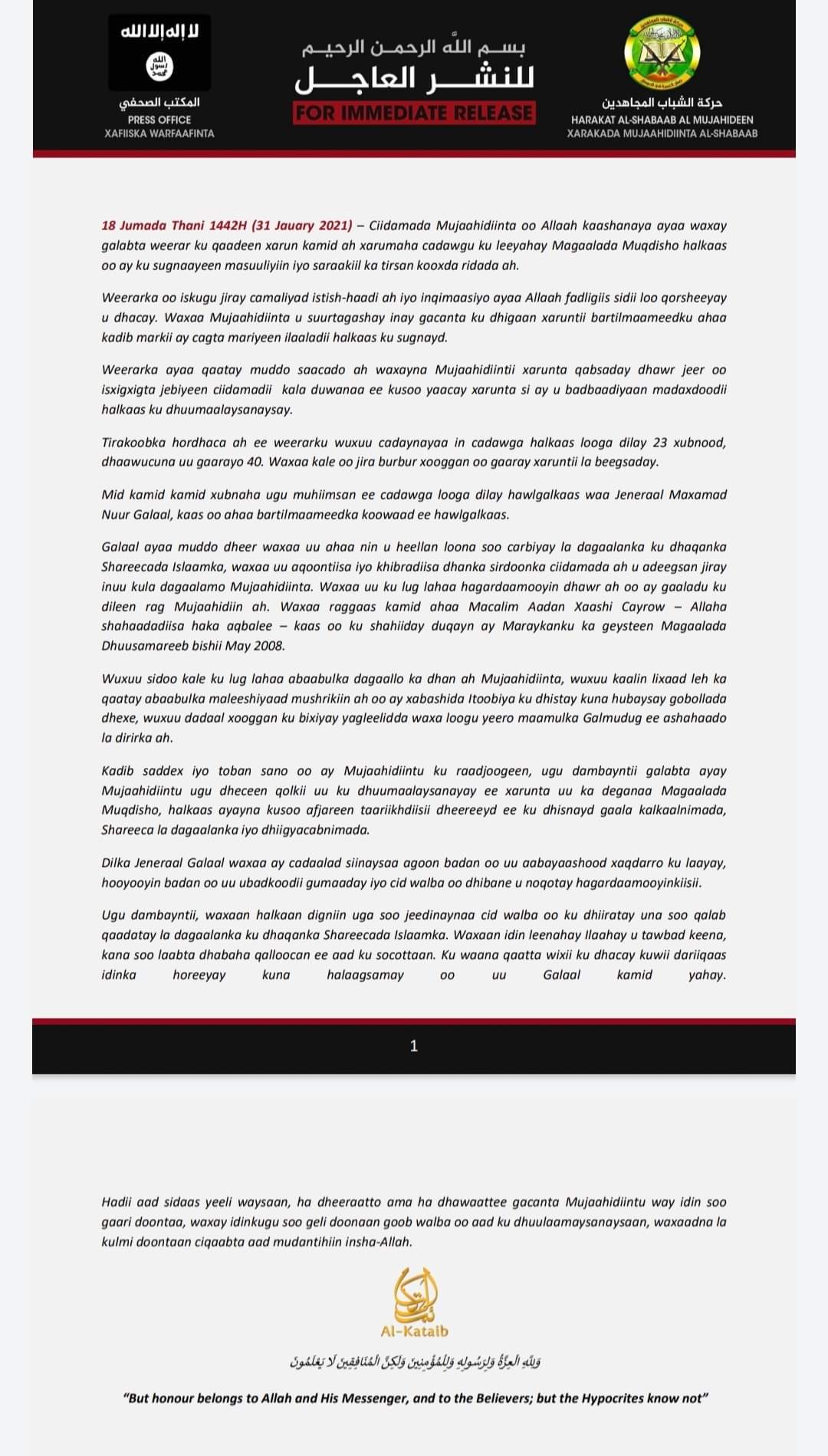 The Group vows that – sooner or later – ‘the hand of the Mujahidin will overtake’ all who oppose their adopted, kind of Islamic code and statehood which tone may imply that similar raids may be in the offing.

The veiled did not escape the Somalia government. What it can do about it is another questions altogether.

No raid of this type has happened since mid-August 2020 when al-Shabaab fighters mounted a similar assault on Elite Hotel at Lido Beach, Abdul Aziz district of Mogadishu with equally devastating results.