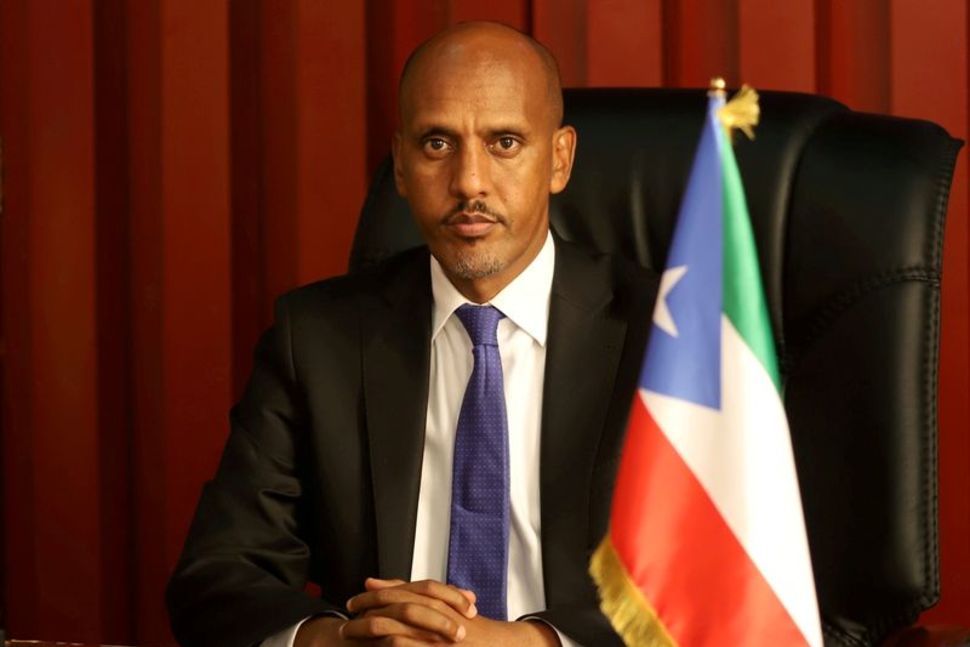 Ethiopia’s Somali region said on Wednesday a vital road and rail trade route linking the landlocked capital of Addis Ababa to the sea port of Djibouti was blocked by youths angered by a deadly militia attack on their region.

Around 95% of imports into the nation of around 110 million people are transported via that corridor, according to a 2018 study by the U.N. Conference on Trade and Development.

Reuters could not independently verify the reported blockage. The Ethiopian prime minister’s office and authorities in Djibouti could not immediately be reached for comment.

Somali region President Mustafa Muhumed Omer said the road and railway had been blocked by local youths protesting against an attack on the region’s Gedamaytu town by militia from the neighbouring region of Afar.

A spokesman for his administration said Saturday’s attack had caused hundreds of civilian deaths, and the town had been looted and many of its inhabitants displaced. The violence is the latest flare-up in a local boundary dispute that adds to high tensions in the Horn of Africa nation.

Reuters was unable independently to verify the report of hundreds killed, and Afar’s government did not immediately respond to a request for comment.

On Wednesday, many hundreds of people gathered in the Somali region’s capital, Jigjiga, for a protest against the killings on Saturday, local journalist Najib Dayib, director of the privately owned Ogedenia Media Agency, told Reuters. Reuters was unable to independently verify the demonstration, but viewed footage and images of the protest that indicated many hundreds had gathered.

In Addis Ababa, the impact of the reported blockage of the transport corridor on stocks of essential goods like fuel was not immediately clear. Long lines at petrol stations are common in normal times.

“We are working to open the Djibouti rail and road today,” Mustafa, the Somali region President, told Reuters in a text message. “Discussing with the youth and people,” he added.

After Prime Minister Abiy Ahmed took office in 2018 and eased the ruling coalition’s iron grip, the country experienced a surge in violence as regions and ethnic groups vied for more power and resources and tried to settle old scores.

Abiy’s government has struggled to contain fighting along a number of contested border areas between ethnic groups, including the faultline where Saturday’s attack occurred.

The most deadly violence, however, has emanated from the Tigray region. In November, a war broke out between Ethiopia’s central government and the Tigray People’s Liberation Front (TPLF), the party that controls Tigray.

Last week, it spread to neighbouring parts of northern Ethiopia, risking a further destabilisation of the country.

Abiy’s spokesperson told a news briefing in the capital on Wednesday that the lives of people in the Afar and Amhara regions “are being destabilized by the terrorist enterprise”, referring to the Tigrayan fighters.

Getachew Reda, spokesperson for the TPLF, told Reuters on Wednesday its fighters were near Debark, about 102 km (63 miles) north of Gondar, one of Amhara’s largest cities. He also said that Tigrayan fighters had taken control of the town of Kobo, also in the Amhara region.

Reuters was unable to independently verify his statement.

A resident of Debark, a university town that acts as a gateway for hikers entering the famous Simien mountain national park, told Reuters “the town is still under government control and there were rumours that they (the TPLF) are near Debark but now the town is calm. The national defence as well as federal police are in the town.”

A resident of Kobo, speaking from the Amhara regional capital of Bahir Dar, said when he fled the town on Monday “it was under the TPLF control,” and that he managed to speak to friends who left on Tuesday who confirmed Tigrayan forces were still in Kobo, where the mobile phone network is still down.

Spokespeople for the Ethiopian military and a government task force on Tigray also did not return calls seeking comment.

By Giulia Paravicini and Maggie Fick